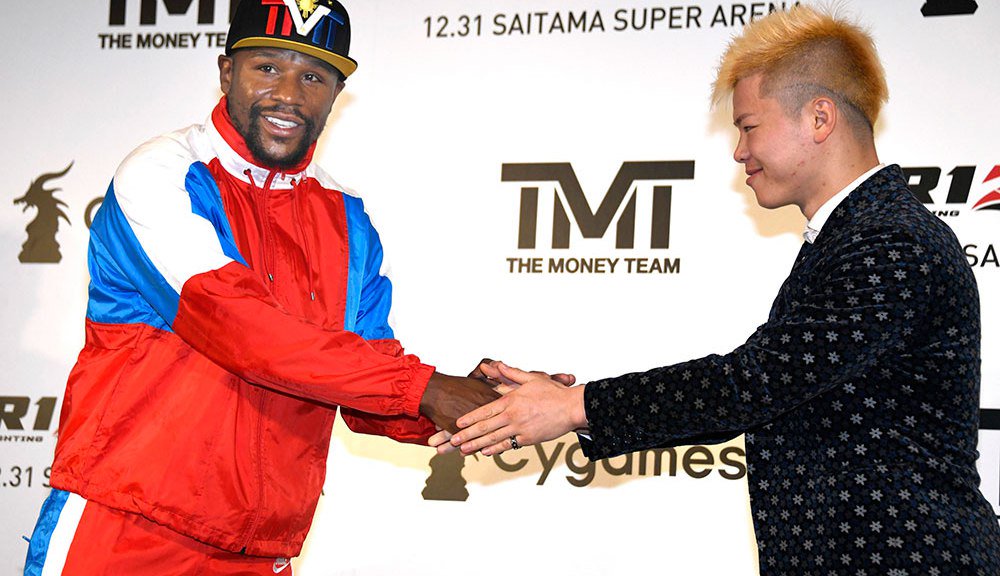 Floyd Mayweather will return be lacing his gloves for his 51st professional bout against a 20-year old Japanese Kickboxing sensation Tenshin Nasukawa on Dec. 31 at the 37,000-seat Saitama Super Arena in Saitama, Japan under Rizin Fighting Federation. This will be Floyd’s first fight outside of Las Vegas in nearly 12-years.

Nasukama is a talented kickboxer who made his professional debut when he was only 15-years old. He has had 27 kickboxing fights which he won all of them and he is also undefeated in Mixed Martial Arts, where he has had four fights. 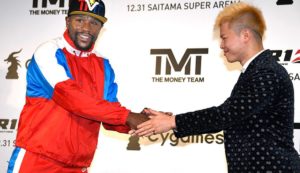 The fight announcement was made via a press conference which was streamed on Youtube and although the details of the fight weren’t released, so it’s unclear if it’s a boxing bout or an MMA fight.

“I wanted to do something different. I wanted to display my skills outside the U.S. and be in a special fight,” Mayweather said at a press conference in Tokyo on Monday.

“I spoke with my team and with RIZIN and we put it together.

“I have fought in the U.S. for all 50 of my fights… As a professional, I haven’t had a chance to go outside the U.S. to display my skills and to display my talent for the world.”
This is Mayweather’s first fight in nearly sixteen months. He last fought in a super fight against Conor McGregor inside the boxing ring where he won the fight via TKO in the tenth round. It was the second highest grossing fight of all time.
Nasukama is really excited for the fight and he is looking forward to Dec. 31 fight on New Year’s Eve.

“It was a surprise offer but I accepted without hesitation,” said Nasukawa, who has a 27-0 record in kickboxing and a 4-0 record in MMA.

“It’s the biggest moment in my life and I want to be the man who changes history. I’ll do that with these fists, with one punch – just watch.”