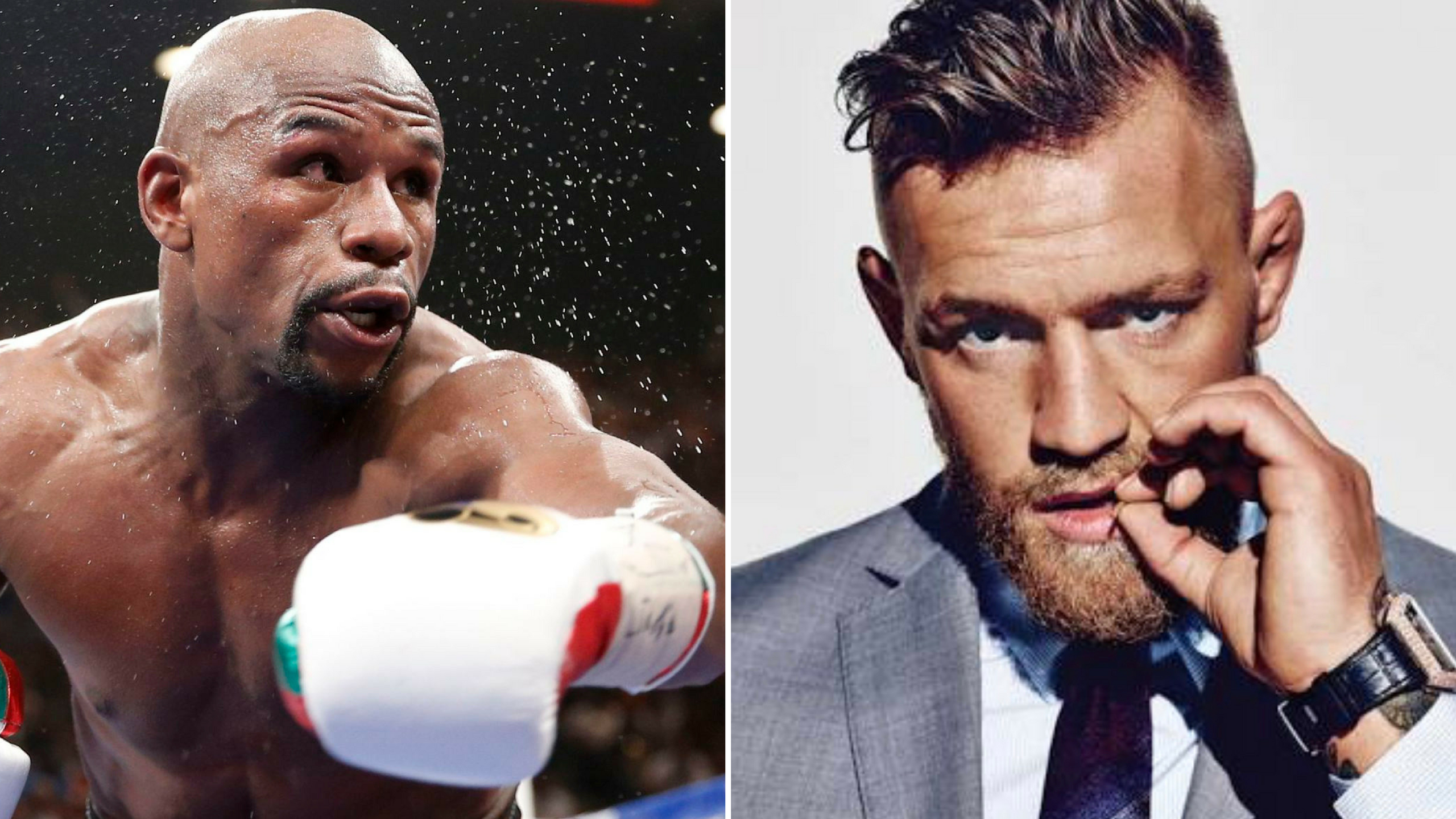 Flyod Mayweather put out a social media post stating that he was ready to fight Conor Mcgregor on August 26th (27th morning IST) in 8oz gloves and that Conor could fight in any brand of gloves that he wanted and further stated he’ll be fighting in 8oz Grant gloves.

There was quite a lot of speculation over the conditions laid by Flyod’s camp for the fight after Conor let our during the world press tour that a lot of conditions had been put down regarding the size of the gloves and make as well.

Let’s see if this is adding more fuel to the fire or whether they actually will fight in 8oz gloves. 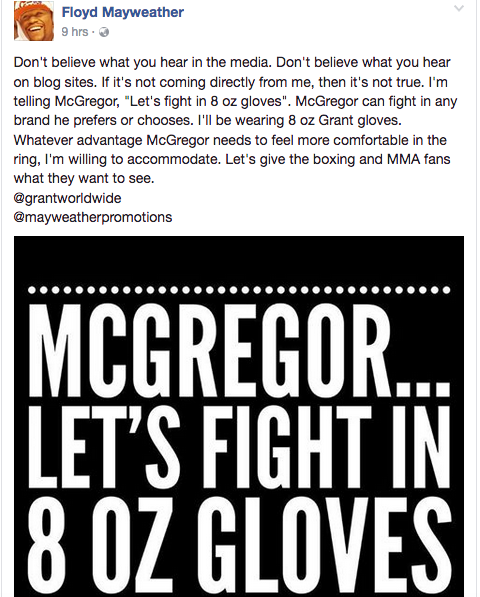