Flyweight Championship On The Line At UFC 255 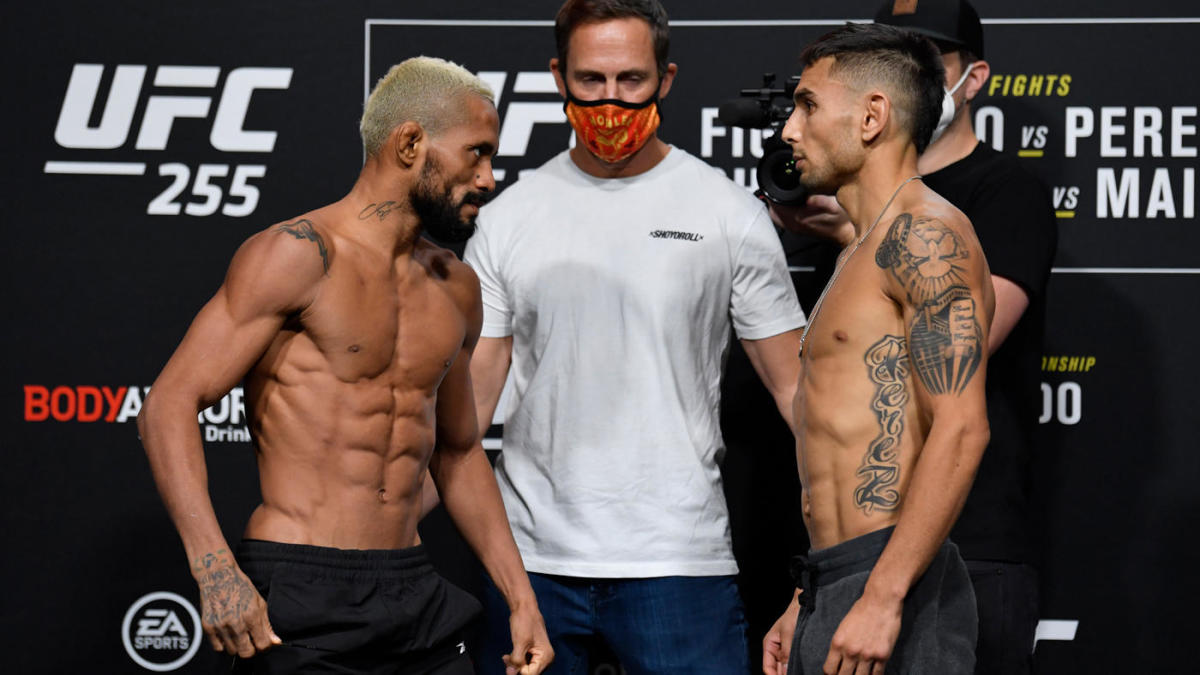 The latest edition of the UFC fight circus comes to Nevada this weekend and with two title bouts on the main card, President Dana White has once again crafted another fantastic evening of octagon action.

Of main interest, is the Flyweight clash between Deiveson Figueiredo and Alex Perez, with this being a pairing that should provide fireworks and with championship gold also on the line, both warriors will be giving it their all in their pursuit of victory.

For Figueredo, his upcoming opponent is a change from the original plan and with former UFC Bantamweight Champion Cody Garbrandt initially lined up to face the Brazilian, the 29-year-old had designs on becoming a two-weight champion for the promotion.

Unfortunately, the best laid plans have a habit of being scuppered and with so many scheduled fights being postponed over the past few months, the clash between Figueiredo and Garbrandt also went the same way.

Whereas so many of Dana White’s original plans have been halted by positive COVID-19 diagnoses, Garbrandt’s inability to fight was due to suffering a torn bicep last month and this means that Alex Perez has been drafted in as his replacement.

Garbrandt’s injury announcement on October 2nd, means that Perez has been afforded just six weeks preparation time for the fight and although this is not a last minute replacement, it is still not an ideal period of time in which to get tuned up.

While it is this relative lack of preparation time, which will only solidify Figueiredo as the favourite for this encounter and when looking at the current odds by SBR, the champion is as short as -270 to pick up a win.

In terms of moneyline odds, that is about as favourable as one can be in a two-man duel and although Perez will always have a fighter’s chance in a situation such as this, it may make sense to put the house on Figueiredo.

Especially when you consider that the 32-year old has a current overall MMA record of 19-1 and with defeat to Jussier Formiga being the only blot on his career copybook, the man who fights out of Para, Brazil will be looking to secure a twentieth win this weekend.

Since last year’s loss to Formiga, Figueiredo has gone on a four-fight winning streak and his record within the UFC is an impressive 8-1, with two of those wins coming against the United States’ Joseph Benavidez.

These two first met back in February, as the headline of their own eponymous event and it was Figueiredo who came out on top, in what was originally earmarked to be a clash for the Flyweight Championship.

Unfortunately, “Daico” failed to make weight beforehand and this meant that it was subsequently contested as a non-title fight instead. However, these two would then meet again in July and this time, both men would not be carrying any unwanted bulk.

While in terms of unwanted, it was the same eventual outcome for Benavidez, as he tapped out to a rear-naked choke and with the referee stopping the fight with just seconds remaining in the first round, a new Flyweight king would be appointed.

Which leads us to where we are today and with Alex Perez approaching this fight with a 24-5 MMA record, he is certainly going to have his work cut out to make sure he does not suffer a sixth career loss.

There is perhaps one point of note when it comes to Perez’s recent UFC performances and that is the victory of Jussier Formiga (the only man to beat the current boss of the Flyweight division) in his last octagon outing.

If the challenger has achieved something that the current champion has not, it certainly adds a little bit more fuel to this fire and whoever comes out on top, will most likely have to deal with the eventual return of Cody Garbrandt, who will be watching and lying in wait.

For Figueiredo, this will be his first defence of the 127.5 lb crown and the last thing he will want, is to lose it as soon as he has earned it. While for Perez, this night will be the pinnacle of his career so far and now he will hope to kick on further and scale the top of Flyweight mountain.