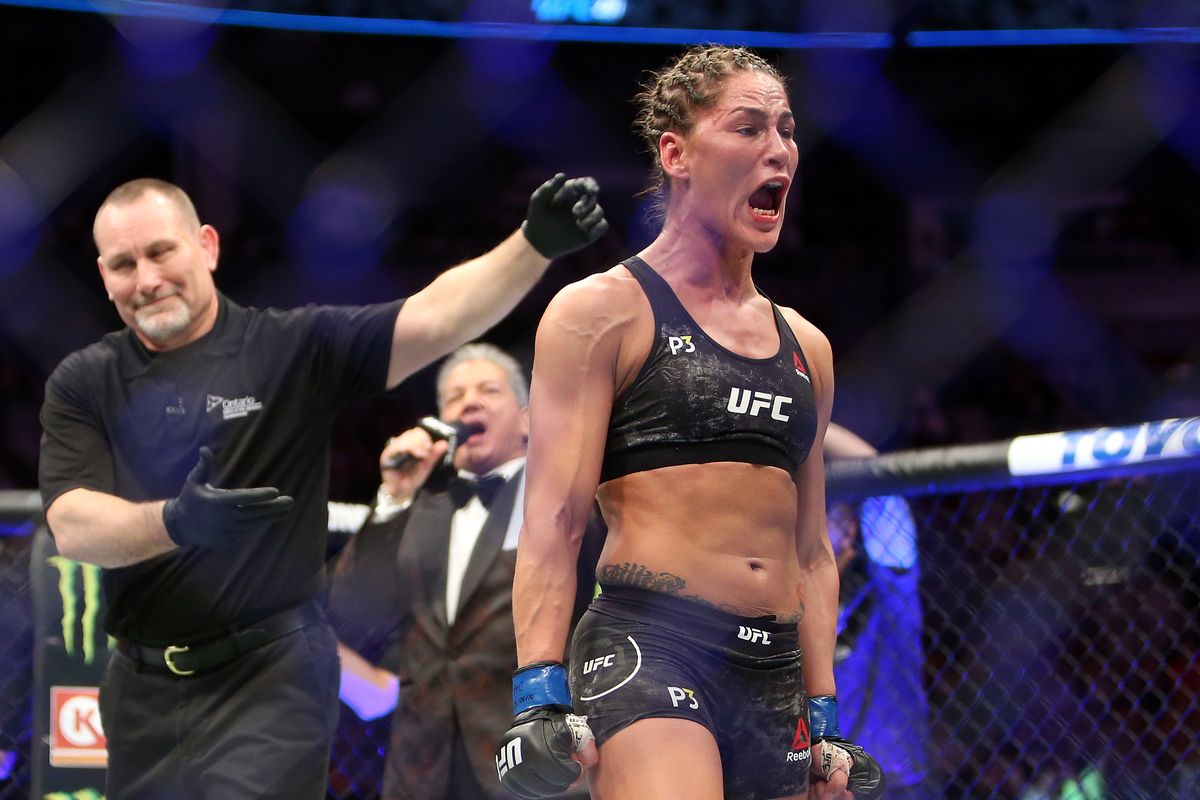 2018 was a critical year in Jessica Eye’s career. What she has achieved over the course of this one year is remarkable, when compared in retrospect to her prior fights. Jessica Eye lost four straight fights in the UFC and it appeared her career was going nowhere. Stepping into 2019, it is a whole another story.

Jessica Eye won three back-to-back fights in 2018 after she moved down to Flyweight. This put her in the running for the UFC Flyweight Women’s Championship — currently held by Valentina Shevchenko. What’s more, she has a date and time in mind for the prospective fight as well.

She sent out a Tweet to UFC and Valentina Shevchenko to ‘throw hands’ when UFC goes to Chicago for UFC 238. The pay-per-view event is supposed to take place on the 8th of June, and would also coincide with Shevchenko’s demands.

Shevchenko had a number of cancelled bouts last year, as well as the Title fight towards the end of 2018. As a result, she underwent a lot of training and asked for a bit of time off at the beginning of 2019. Given that the fight does not take place until the 8th of June, near the middle of the year, it is likely she would not have a problem with the date.

While nothing is official yet, this could be the fight awaiting the fans.

Previous articleGSP reveals talks with the UFC for potential Khabib fight; explains why it isn’t working out
Next articleIsrael Adesanya urges the UFC to strip Robert Whittaker and make the title fight between himself and Kelvin Gastelum