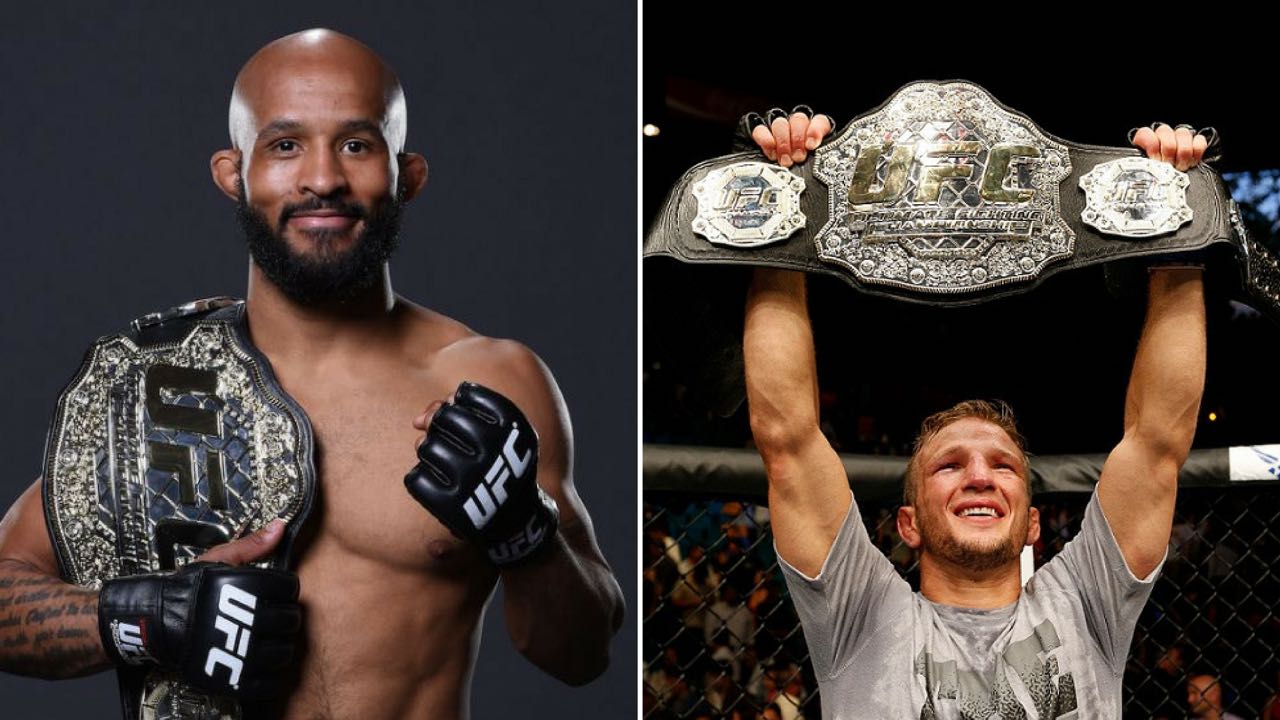 A master of Mixed Martial Arts, Demetrious Johnson had recently cemented his legacy as the best
fighter on the planet today. A future Hall of Famer, Johnson had defended his title for a record setting
eleventh consecutive time. Now that he has cleared the division, he is ready for the super fight with TJ
Dillashaw which he previously turned down.

UFC President Dana White wanted the clash of the two champion to take place last year, but Johnson
had not yet broken the record of highest UFC title defenses, ten, which he has tied up with the former
UFC Middleweight Champion Anderson Silva. And this could be the reason he had declined the offer
White had presented, so as to break the record first.

‘Mighty Mouse’ is currently recovering from a surgery and is expecting the fight to take place in July
during the International Fight Week.

“Recovery is going good,” Johnson said. “I had rotator cuff (surgery), labrum and joint clean-out. After 11 title defenses and 12 championship fights, the old dog needs to get some rehab. I got it cleaned up. (With) six weeks recovery, we can get strong again, and hopefully TJ. Dillashaw can get this match done. Hopefully July, International Fight Week, on a big, big card.”

“This isn’t a money fight,” he continued. “I mean, this is a money fight, because of the skill. It’s who’s the best pound-for- pound. It’s not some bullshit hyped drama. This is what the sport is really about, it’s who is the best in the world. Demetrious got that number one spot. I feel like I’m the best fighter in the world, man, and I just want to prove it.”

“DJ has my spot and I want to claim it. I’m the best pound-for- pound fighter. I had a couple split decision losses that I didn’t agree with it. If you throw those ones out of the way, I’d be on a 13 fight win streak, seven fight title defense. I’d be where I’m supposed to be, but this is the way for me to get to where I want to be. Demetrious is on top and it’s time for me to take him out.”

The UFC under its new ownership is putting maximum efforts in booking super fights lately. A fight
between the two champions would sell plenty of tickets. This fight between Johnson and Dillashaw
could be for the Flyweight strap. So this would mean that Dillashaw could have the opportunity to make
history by being the second ever to hold two UFC titles simultaneously, after Conor McGregor.