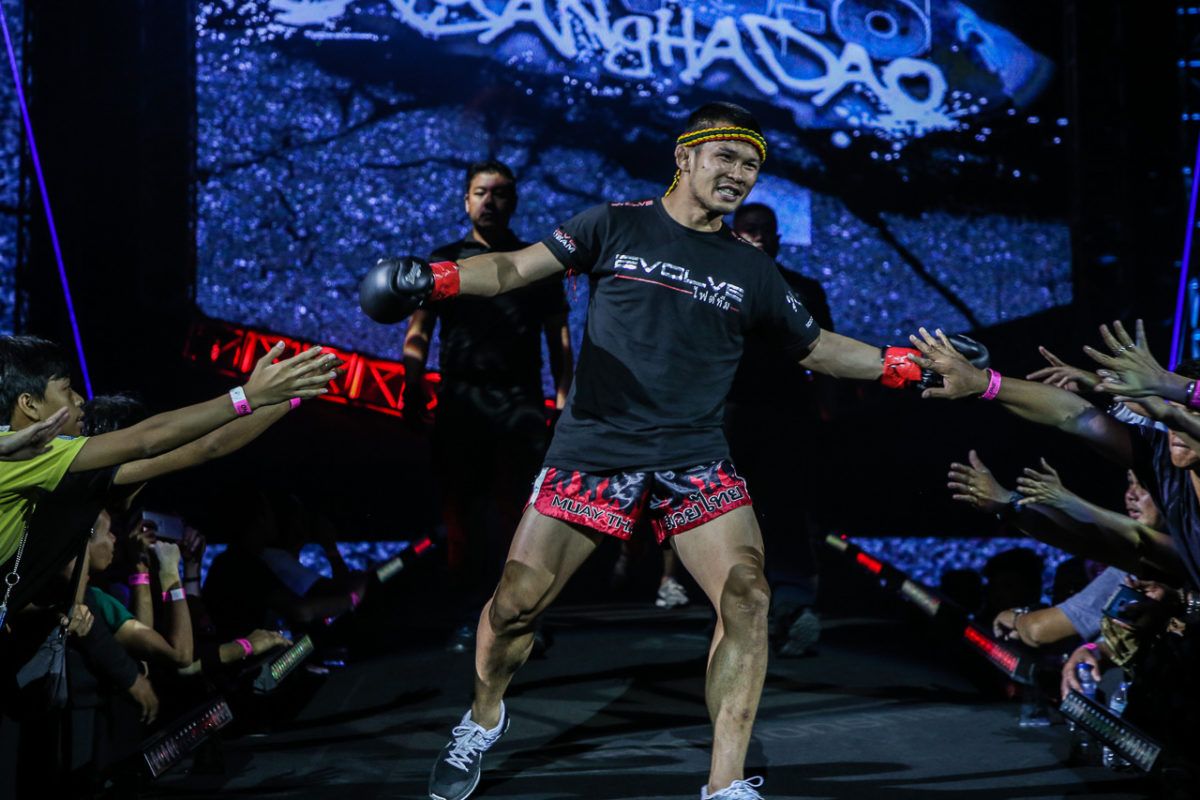 Despite the long layoff, Nong-O appeared that he did not miss a beat as he engaged in a spirited Muay Thai contest with Pinca, featuring plenty of action and excitement.

The two traded their best shots in three solid rounds of action, but it was Nong-O who showcased superior technique, plastering Pinca with thudding left kicks to the midsection and scoring with his patented sweeps.

In the end, all three judges ruled the bout in favor of Nong-O, earning the five-division Lumpinee Stadium champion a unanimous decision victory.

“I felt very happy. I was excited for my ONE Championship debut, and to compete in such a big arena in Manila was amazing. I felt great in the ring, and I really enjoyed myself,” he shared.

Nong-O admitted that he felt a bit of ring rust in the early proceedings of his bout against Pinca, but the 31-year-old Muay Thai legends promises a better version of himself in his next outing.

“Pinca is good. I enjoyed competing against him. He is well-rounded, and is effective with all of his weapons. He was a bit slower than me, so that is one of the advantages I had,” he stated.

“My plan was to read his game, and go from there. It was my first bout in a long time, so I was not 100 percent sharp yet. I will be better in my next bout,” Nong-O added.

Although he has nothing more to prove as a celebrated Muay Thai competitor, Nong-O believes that it is not yet the end of the road for him.

Nong-O plans to stick around and participate in ONE Super Series for a long time to come.

“It was amazing to finally compete in ONE Championship, and I cannot wait to do it again,” he quipped.

Even if he has already achieved so much in the sport, Gaiyanghadao has a couple of new goals he wants to accomplish.

Nong-O has won numerous coveted titles throughout his illustrious Muay Thai stint, but the only accolade missing in his trophy room is a gold-plated strap in ONE Championship.

Nong-O returns to action on 6 October as he is slated to battle French striker Mehdi Zatout on the undercard of ONE: KINGDOM OF HEROES, which takes place at the Impact Arena in Bangkok, Thailand.

If Nong-O can pick up his second-straight win on the most prestigious stage of competition against a man who has over 100 competitive matches under kickboxing and Muay Thai rules, a world title shot in ONE Super Series may not be too far away.

“A victory in this bout will be another step up in my career. It will push me onto bigger and better things. I am very excited to step back in the ring on 6th of October,” he expressed.