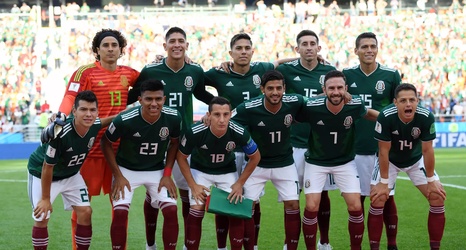 The ongoing FIFA World Cup in Russia has had everyone on their heels till now. The traditional giants and superpowers of world football such as the champions of 2010 Spain and the defending champions Germany ave been ruthlessly knocked out of the tournament by minnows. While teams like Italy, Netherlands, Chile and U.S.A failed to even qualify for the tournament. On the other hand, the underdog teams like Mexico have been punching above their weight. Mexico took on five time champions Brazil in the pre-quarter finals of the tournament and lost the match 2-0. However, El Tri did found some support in their defeat from former UFC heavyweight champion Cain Velasquez. 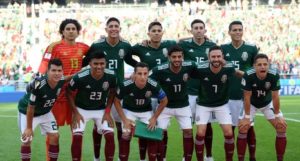 Velasquez who is an American citizen of Mexican descent posted a picture on his Twitter account of him kissing the Mexican jersey. He also further wrote that winning or losing doesn’t matter and Mexico will forever have his support. Below is Velasquez’s tweet:

Previous articleUFC: Valentina Shevchenko still waiting for confirmation of her title fight against Nico Montano
Next articleUFC reportedly looking at Khabib vs Ferguson for UFC 229, if negotiations with Conor fail