For The First Time Ever, UFC Implementing New Fight Gloves At UFC 219 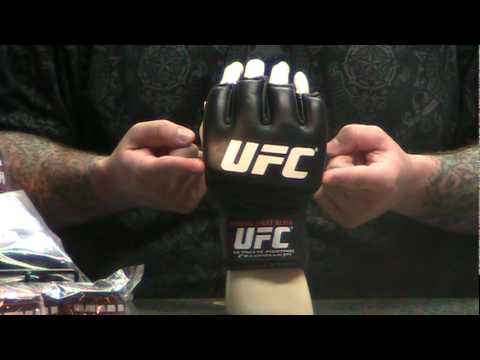 The Ultimate Fighting Championship (UFC) has yet to implement new gloves inside the octagon since first introducing them to the mixed martial arts promotion. Other promotion’s have since provided new iterations of their glove gear, as demands have risen. The UFC’s seeming unwillingness to update their gear has since caused some unrest with some fighters and fans. The UFC’s grappler friendly gloves, for instance, have caused strikers to become prone to eye pokes. Other promotions, such as Pride, were able to circumvent the issue by offering a more closed glove for their competitors. While it does not appear that the world’s most famous mixed martial arts promotion is looking to fix that apparent issue, a new line of gloves are scheduled to be tested at UFC 219.
The Nevada State Athletic Commission approved a test run of the UFC’s new artificial intelligence based gloves on Tuesday. The gloves are designed to offer live data on a fight’s progress in real-time. The gloves will measure everything from punch strength to stress in the fighters.

Consumer platform company HEED co-founder Mati Kochavi said “They cover their passion, the power of the fight, the resiliency, the strategy. All of those things happen in the octagon.”
“Shouldn’t we tell the story of sport that way? Shouldn’t sport be told in real time, with real data, with real information, and with real insights, and the real emotions? We are a company which is trying to revolutionize the way we’re going to (broadcast) sports and live events.”

The company will possibly be able to relay this info to fans on their smartphones.