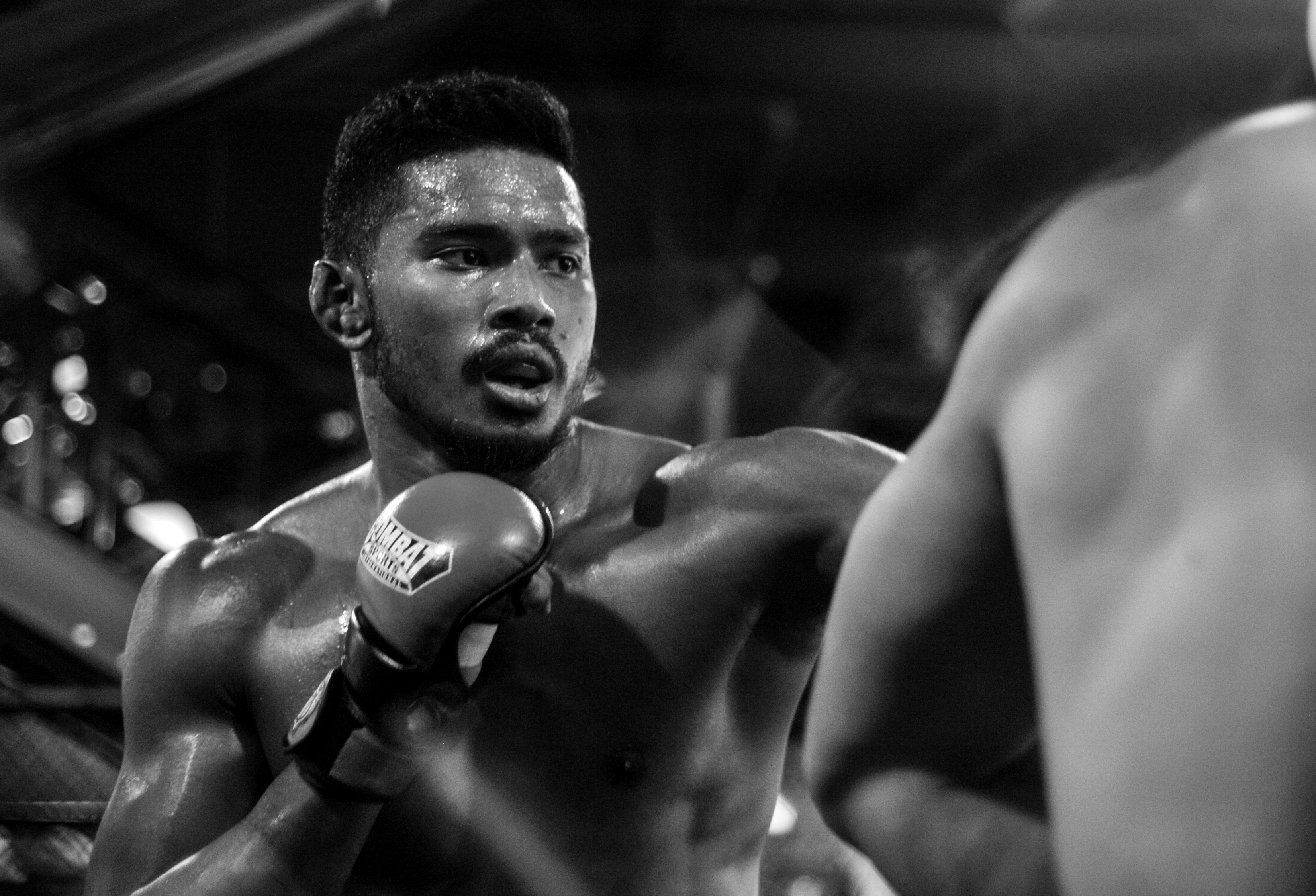 The true character of a person lies in how they handle adversity. Some shrink at the sight of an obstacle – no matter how big or small. A selected few welcome challenges, not because of the allure it brings to aggrandise their reputation, but because these barriers pull the veil off the mirror, showing us our true nature.

And when we look at the unconceited figure, we truly understand ourselves — and in the process, find our purpose. At 23 years old, ONE Championship’s Amir Khan has already broken barriers, and revels in the possibility of paving way for a new generation of fighters from Singapore.

Mixed martial arts, whilst being the fastest growing sport in the world, still has a certain stigma attached to it. Known for its brutality and physical nature during its nascent days, it took two decades for the Asian countries to truly embrace mixed martial arts. While the continent has a rich history in martial arts, the lack of proper awareness hindered the growth of MMA.

However, all that changed when ONE Championship decided to target the Asian audience, and build an empire that focused on knowledge penetration, as much as business expansion. ONE currently boasts of some of the hottest prospects in MMA, and Amir Khan, at 23, is one of the promotion’s biggest stars.

The early beginnings, and finding his calling

At a young age, Amir was fascinated with soccer and golf. The lightweight was so enamoured with golf, that he seriously considered turning pro.

“I played soccer when I was in school”, Amir told us. “And I wanted to be a professional golfer, so I was competing in amateur tournaments. I was training in golf seriously.

When I was 14, I just wanted to pick up a sport. Any kind of martial arts for self defence, basically. It was just to get stronger and fitter. I was always so curious about martial arts, and then I stumbled across Muay Thai, and after my first day’s class of Muay Thai, I fell in love with martial arts ever since.”

Martial arts instills discipline, and also provides an outlet. Numerous fighters have also alluded to bullying as a major factor in them deciding to take up martial arts. Although Amir had to go through a similar situation, it wasn’t the reason why he gravitated towards martial arts.

Against all odds – Amir opens up about overcoming Tourette’s Syndrome 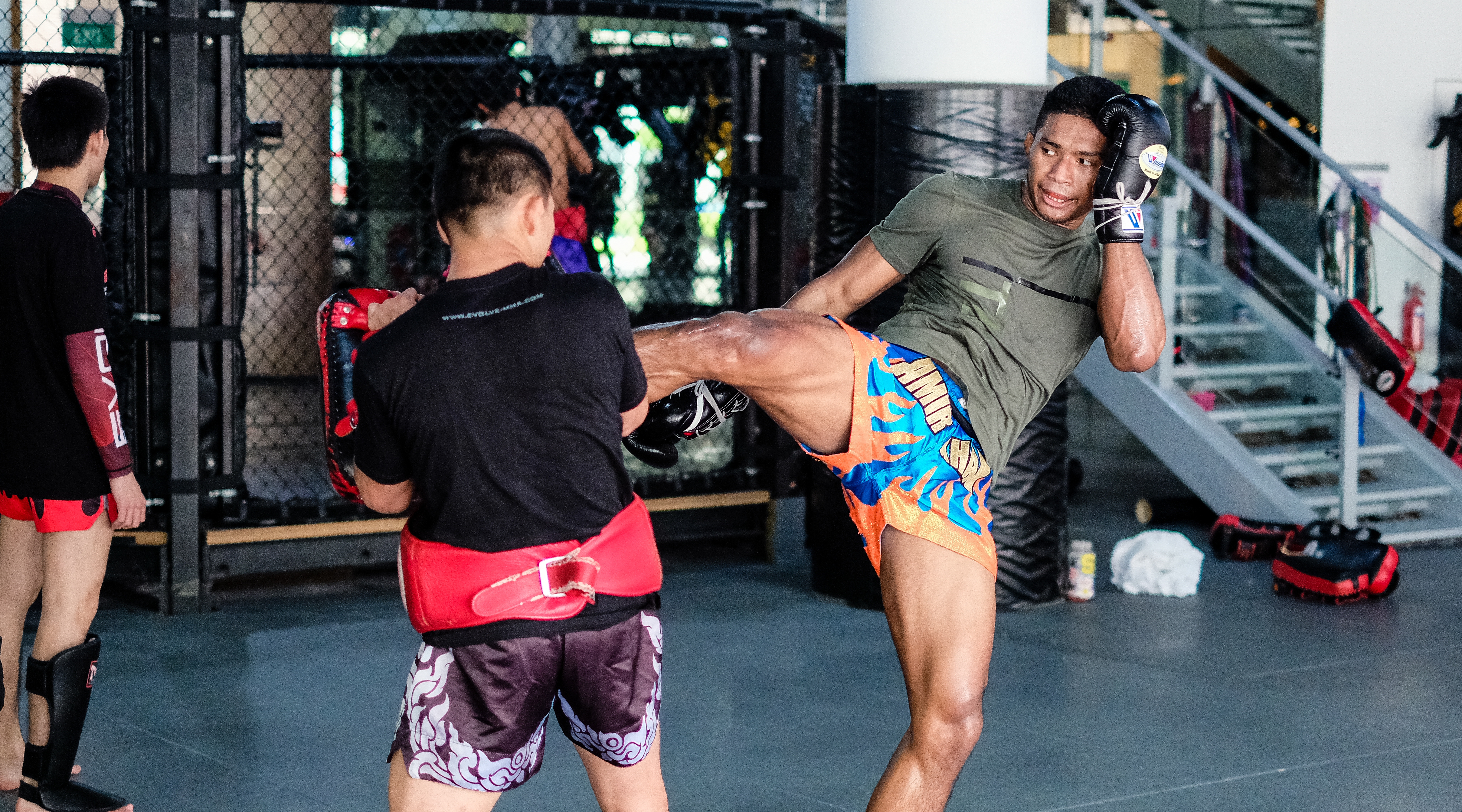 The 23 year old’s story is inspirational for multiple reasons. Diagnosed with Tourette’s Syndrome at a young age, Amir wasn’t deterred by his condition. Instead, he chose to focus on the positives, and continues to have a positive outlook.

“It definitely made me a stronger person, because growing up with Tourette’s is not easy. You’re different from everyone else, so it is hard to keep a positive outlook in life. With all that, I still managed to keep a positive outlook and I believe it definitely shaped me into the man I am today. So it basically made me stronger mentally, I would say.

I wouldn’t say martial arts saved my life, because I wouldn’t say I was in that position. I didn’t have anything dark inside me, and I wasn’t going down the wrong path. It’s just that I would have gone down a different path. If I wasn’t a martial artist, I would’ve pursued professional golf dream.

So it wasn’t like that for me, but I definitely realised my raw passion for martial arts. I never knew I had it (passion) for martial arts, and I never felt anything special. So it made me realise how it felt to enjoy something. You can train everyday for a whole year and not get bored of it. So you realised my passion for it.”

Amir’s Indian connection, and his advice to the Indian fighters

Amir trains out of one of the leading MMA gyms in the world, Evolve MMA in Singapore. In fact, Amir is just the third MMA fighter from Singapore on the Evolve Fight Team, and has inspired aspiring fighters from Singapore to take up the sport. 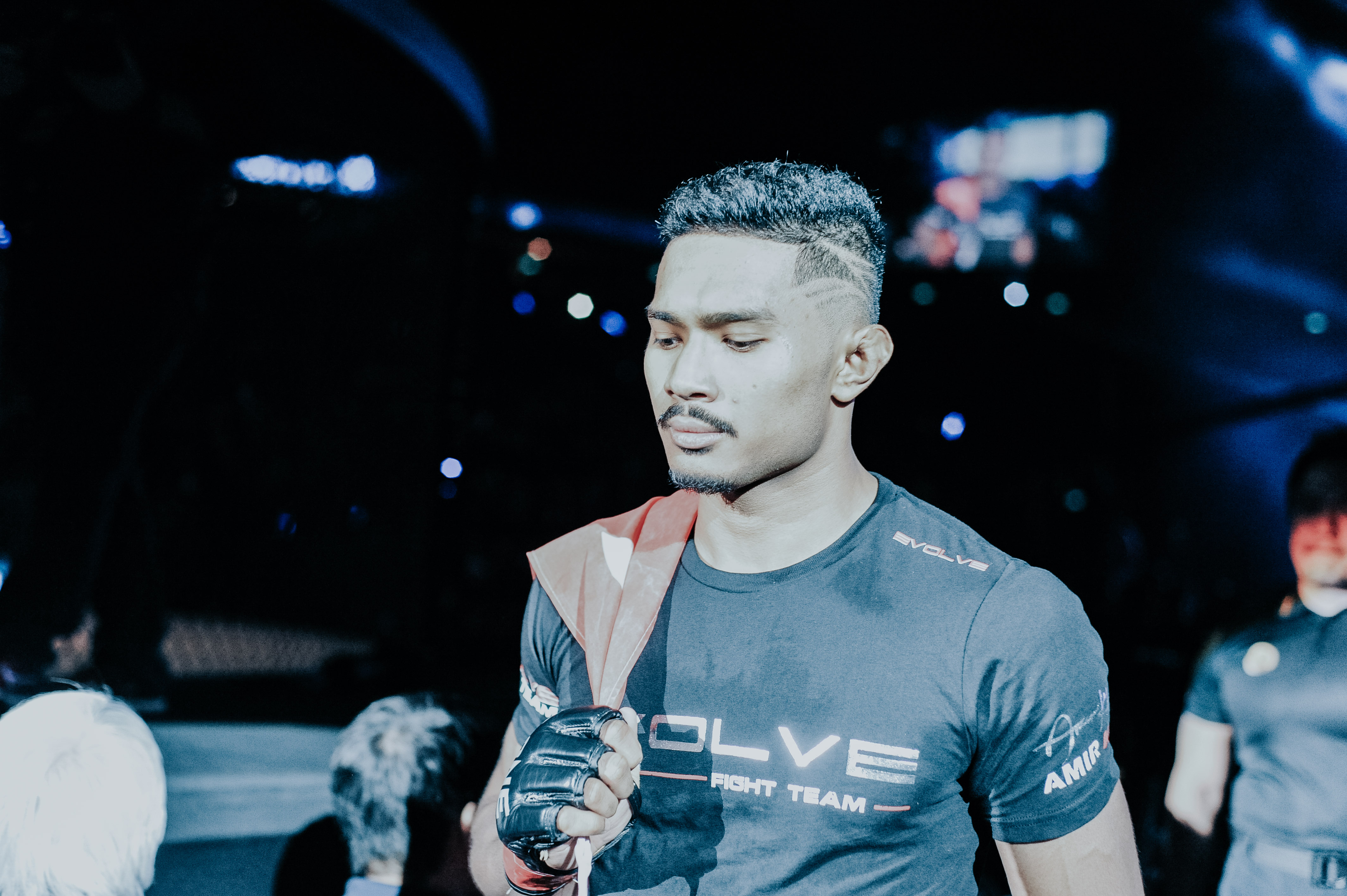 Training with world champions and world class fighters obviously is an added advantage, but Amir also cautioned the Indian fighters not to be hasty with their decision to turn pro.

For all the up – and – coming fighters in India, my only advice is to keep on training, and stick to it. Just be open minded to learn all kinds of martial arts, and gain as much experience on the amateur stage. Don’t rush into pro; I know it’s a lot more glamorous turning professional, but just don’t rush into it. Just learn as much as possible, and when your coaches think you’re ready, then go for it.

Firstly, you know yourself, and if you’re ready to turn pro. You look at the team around you, and if they are world class. If they are world class, can you compete against them? And then, look at your understanding of martial arts. You see if you have doubts in certain areas. If you still have doubts lingering… I mean, even myself, I thought I rushed to turn professional.

I wish I would’ve been at the amateur stage just a little bit longer; maybe one year longer. Because I still had doubts when I turned pro. So the other people coming up, I can tell that it’s not good, if you have those doubts in you, fighting on the global stage.

Previous articleDana White confirms UFC deal with Flyod Mayweather in the works
Next articleBenito Lopez Takes The Money From His UFC Debut, Buys His Grandma A Car