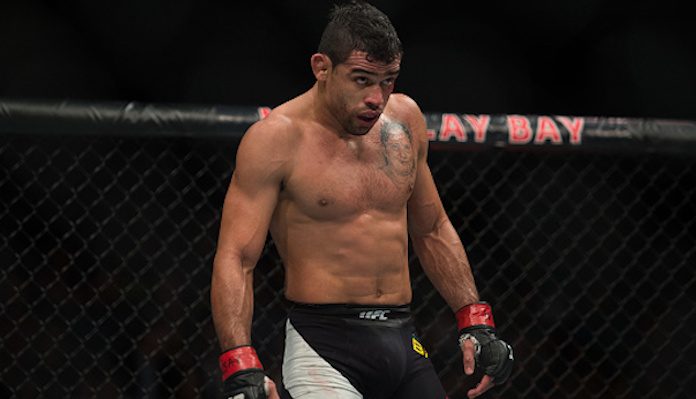 Former UFC interim bantamweight champion Renan Barao has been released by the UFC after a four-fight losing skid.

The 32-year old Brazilian who was once considered pound-for-pound best fighter in the world was released by the biggest Mixed Martial Arts organisation in the world. The news was first reported by Brazilian outlet Combate. The promotion hasn’t made any announcement regarding Barao’s release yet.

Barao made his UFC debut back in 2011 at UFC 130 against Cole Escovedo. He defeated him via unanimous decision. He went on a seven-fight winning streak in the UFC before being defeated by TJ Dillashaw at UFC 173. He has beaten the likes of Urijah Faber and Brad Pickett. Things took a turn for worse for Barao since 2015, as in the last four years he has only won one fight and has fought eight times since then. 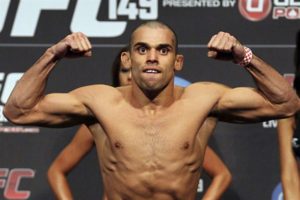 Barao made his professional debut back in 2005 against Joao Paulo Rodrigues De Souza where he lost via unanimous decision. He then went on a dominating 32-fight winning streak till 2014. His biggest win in the UFC was against Urijah Faber. They fought each other twice and Barao defeated him on both occasions, in the first fight via UD and in the rematch via TKO.

He was once also compared by Dana White to five-division world champion Floyd Mayweather.

“THE CLOSEST THING TO [MAYWEATHER] IS THIS KID RIGHT HERE. HE’S GONE UNDEFEATED FOR EIGHT YEARS, FLOYD HAS GONE UNDEFEATED FOR 17 YEARS. DO YOU KNOW HOW HARD IT IS TO GO EIGHT YEARS UNDEFEATED? SERIOUSLY, THINK ABOUT THAT. HE DOESN’T GET ENOUGH CREDIT FOR THE RECORD HE HAS AND WHAT THIS GUY IS CAPABLE OF DOING, AND IT’S NOT JUST LIKE HE’S UNDEFEATED AND HE GOES TO DECISION AND OUTPOINTS YOU. THIS DUDE [EXPLETIVE] DESTROYS YOU.”- Dana White said about Barao in 2013.

What do you guys think about UFC releasing Renan Barao?