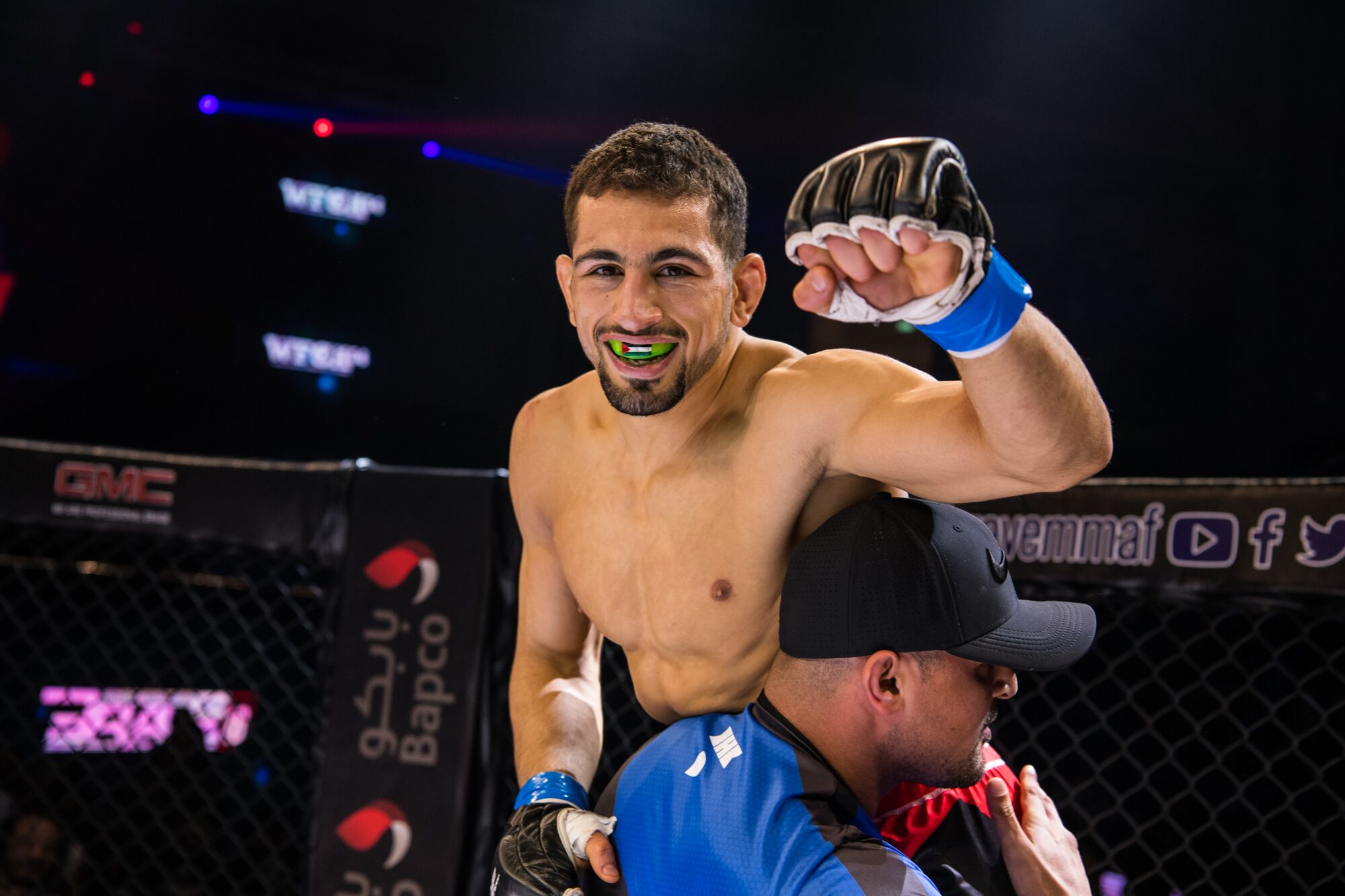 admin
- Advertisement -
Former BRAVE CF world champion Abul-Kareem Al-Selwady had the biggest moment of his career last year as he headlined BRAVE CF 18 and won the Lightweight belt from veteran Lucas “Mineiro” in a one-sided affair. One year on, he will be back in the Kingdom of Bahrain for BRAVE CF 29, which takes place on November 15th, as he starts the road to a new title.
During this last year, Al-Selwady had to deal with a lot, including the loss of his world title at the hands of Luan “Miau” Santiago. As he healed from the injuries sustained in the fight, he decided to drop down to Featherweight and will meet Dumar Roa, from Colombia, in his first fight in the new division.

The challenges of dropping down in weight haven’t taken away the confidence of the former champ, who is “100% focused” and ready to put on a show for the people of Bahrain.
“This is the comeback season! I’m 100% focused, locked in! I’m excited to represent my people and put on a show on November 15th, in Bahrain! I’m fighting a star in Dumar Roa, but I’m excited to get going!”.
Al-Selwady is one of two former world champions to be on the stage for BRAVE CF 29, alongside Luan “Miau” Santiago, his former foe. The organization’s return to its home in Bahrain has 15 bouts lined-up, with 18 nations represented, including the KHK World Championship, a one-night, four-men, open weight tournament which will hand the winner a US$100,000 check, plus the right to be called the provisional owner of the historical KHK belt, adorned with 6.2 kg of gold.

Previous articlePaige VanZant releases a list of fighters that are willing to fight her
Next articleUFC: Corey Anderson using ‘needle doesn’t move’ accusation as fuel for UFC 244 showdown