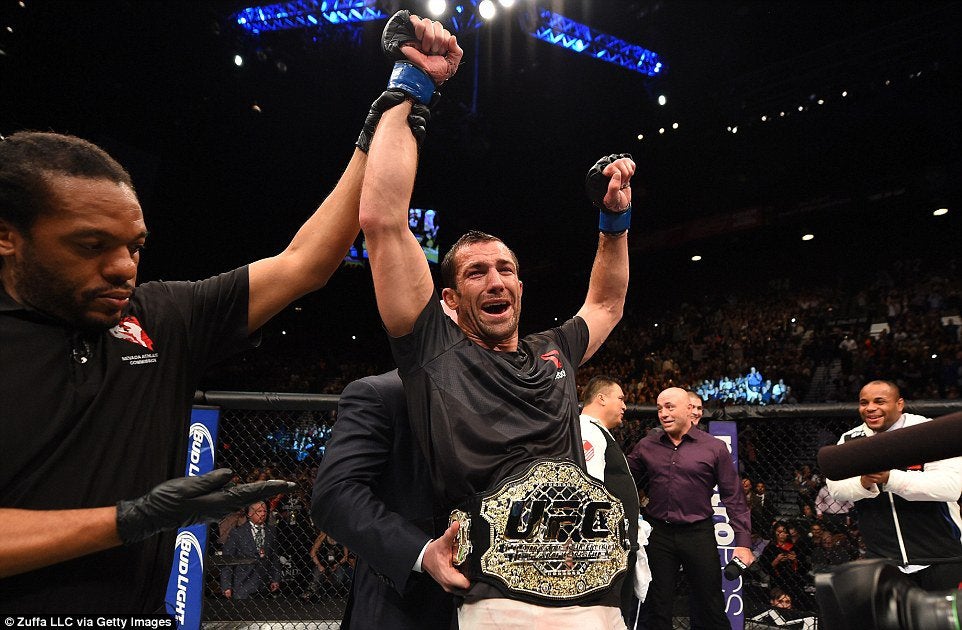 Luke Rockhold, the former UFC middleweight champion is not going to retire despite many speculations about his retirement after his recent losses.

Rockhold last fought in JULY of 2019, where he suffered a second-round knockout by Jan Blachowicz in what was his light heavyweight debut. Since that devastating knockout, Rockhold hasn’t fought in UFC and was not showing interest in any fights.

While talking to MMA Fighting in past November Rockhold said, “My head is content where I’m at right now.“I’ve done a lot of things in the sport. I’m not trying to be a headline maker. I’m not trying to say I’m going to retire and then want to come back. I don’t like to close doors on things in life.“Right now, I’m just happy not fighting.

“It feels good to focus on other things,” he added. “Fighting takes a lot. I’ve done it, I’ve been to the top of the game. I just don’t have the same passion, the hunger for it at this point,” Rockhold said. “I’m excited to go to other realms of life. I know I have a lot of fans out there. I’m sorry I’m not fighting but you never know. Maybe someday I will but I don’t foresee it at this point.”

ESPN’s Ariel Helwani tweeted this post after he had a conversation with Rockhold, concerning his retirement.

Till now Rockhold hadn’t shown interest in coming back but was also not confirming any rumours regarding his retirement. But Rockhold while speaking to Ariel Helwani from ESPN on Sunday said he has decided to resume his fighting career. This comes after he said in October that it was “very” possible he’d never fight again.

“Because I felt like it,” Rockhold replied when asked why he decided to resume his fighting career.

Rockhold who is 16-5 in MMA is considered one of the best middleweights in the world. He made his MM debut in 2007 and gained recognition in 2011 when he defeated Ronaldo Souza to win the Strikeforce middleweight title.

He also won the UFC middleweight championship when he defeated Chris Weidman at UFC 194, but afterwards lost it in his next fight when he was knocked out in the first round by Michael Bisping in one of the biggest upsets in UFC history.

Rockhold’s last few fights haven’t gone as he would have wished and he needs to be wise while picking up his next comeback fight. The details of who he will fight and when he will fight are not yet reported but the former UFC middleweight champion and the Strikeforce champion stated that he intends to fight by the end of this year.

Since Luke Rockhold has finally decided to resume his fighting career he has many potential fights that he can be interested in. He indicated that a rematch with the former opponent and champion Chris Weidman would make sense after Weidman just got a victory over Omari Akhmedov this past weekend. There are a lot of options open for Rockhold in the middleweight division as anyone would accept a fight with a big name like his.

Who would you guys love to watch Luke Rockhold fight next?