Malik was arrested by Delhi police after the boxer filed a complaint at the New Delhi Railways Station Police Station. 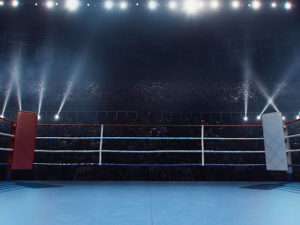 DCP (Railways) Harendra Kumar Singh told IANS: “The 19-year-old complainant, a member of the Haryana boxing team, went to Kolkata to participate in Classic Boxing Championship 2020, where Malik allegedly misbehaved with her. She filed a complaint at the New Delhi Railways Station Police Station after returning from the championship.”

As per the filed complaint, Malik started misbehaving with the female boxer right from the beginning of the journey. She revealed that she couldn’t talk to anyone about her ordeal and only filed the complaint after the championships were over.

Sandeep Malik has been booked under Sections 354-A (teasing) and 376 (rape) of the IPC.

“Malik was arrested on Monday from Haryana’s Sonipat where he lives and runs a boxing coaching centre,” said Harendra Kumar Singh.

Previous articleMMA world reacts to UFC events being cancelled due to Coronavirus scare
Next articleUFC News: Read which fellow Middleweight Israel Adesanya has a budding bromance with!