After the UFC lost the scheduled UFC 222 main event between Max Holloway and Frankie Edgar, rumours surfaced that a fight between UFC Bantamweight Champion TJ Dillashaw and former Champion Cody Garbrandt was being considered as the replacement main event.

As we understand, Dillashaw is in negotiations to fight Flyweight Champion Demetrious Johnson at International Fight Week in July.  Garbrandt, on the other hand, didn’t hesitate to call out the Champion on Twitter in an attempt to get him to agree to a rematch at UFC 222.

If you recall, TJ Dillashaw defeated Cody Garbrandt at UFC 217 to win the Bantamweight Title for the second time in his career.

The following is the long back and forth that ensued on Twitter: 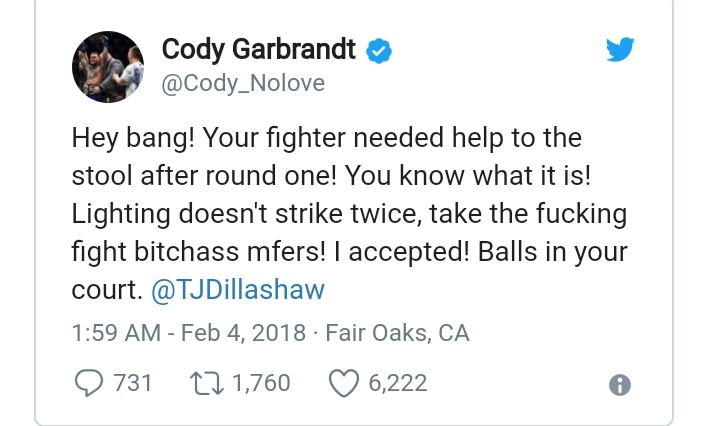 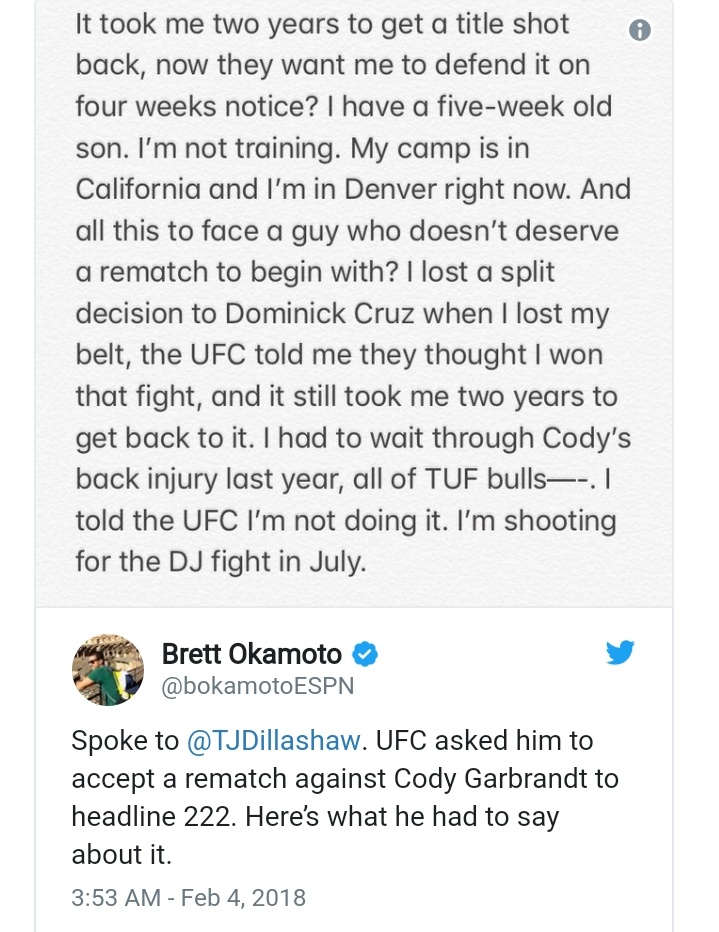 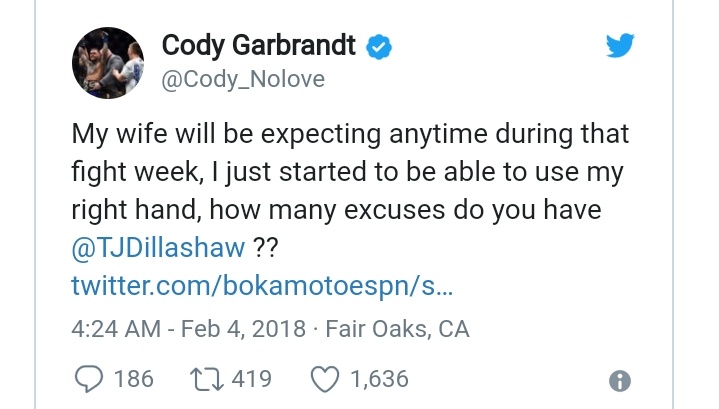 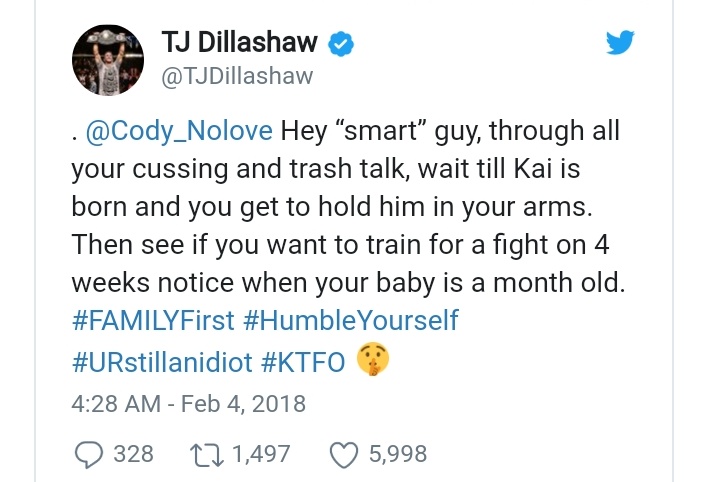 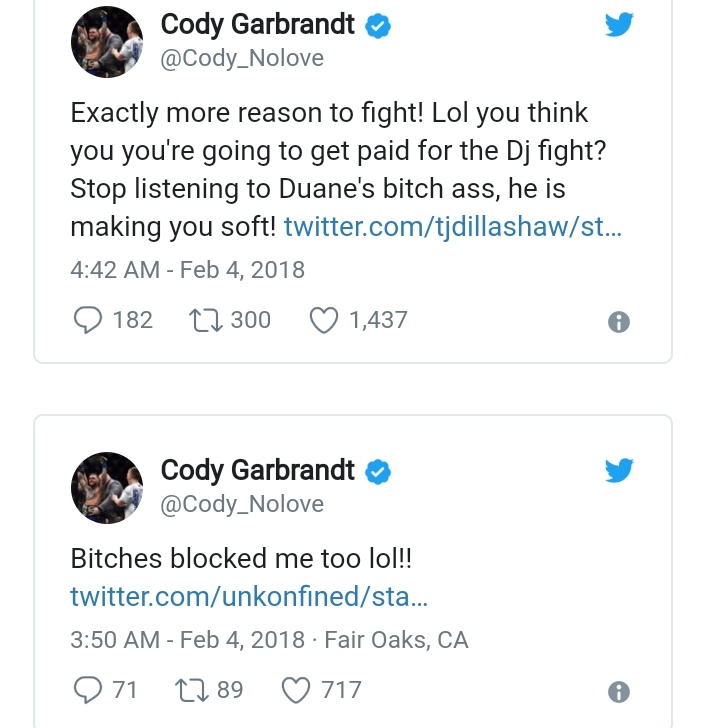