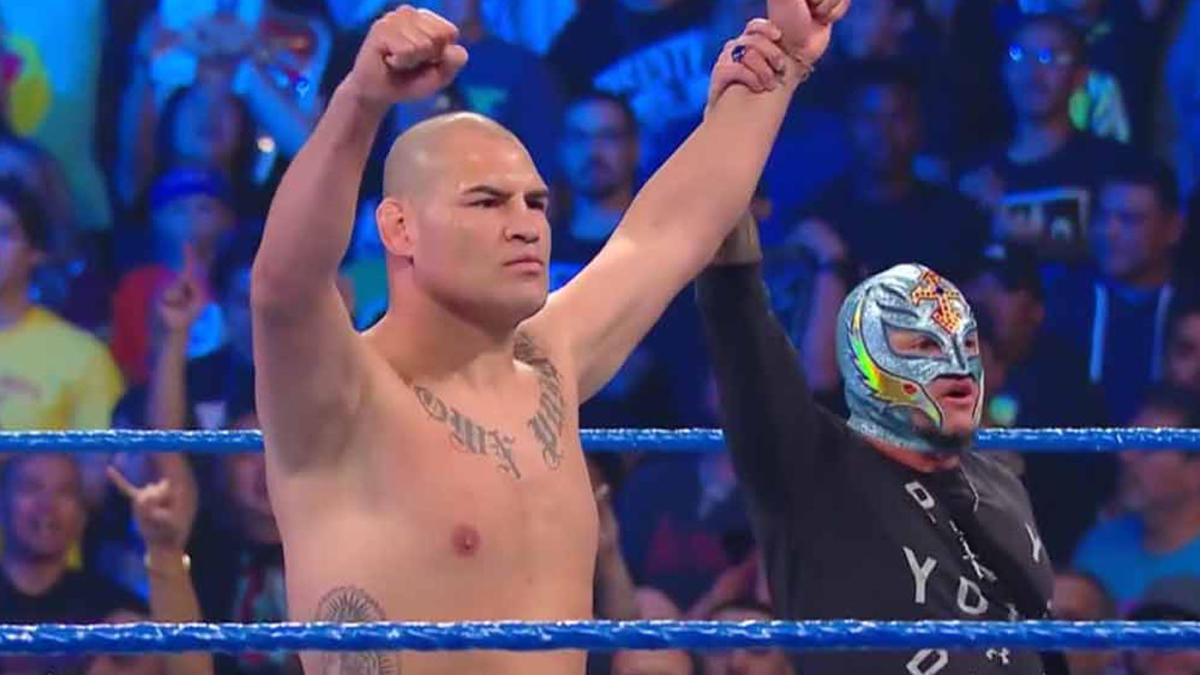 Brock Lesnar absolutely went through Kingston and defeated him with an F-5 and then pinning him to become the five-time WWE champion, thus ending Kingston’s six-month reign as a champion. This was also Lesnar’s first fight on television in nearly 15 years.

Kofi Kingston hadn’t even left the ring when Rey Mysterio music hit the Staples Center in Los Angeles and he appeared with none other than former UFC heavyweight champion and recently turned Lucha Libre star Cain Velasquez, who has taken the wrestling move by storm with his Lucha Libre moves. 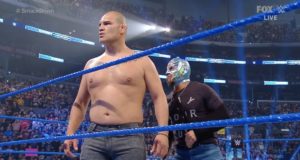 Cain wasted no time in getting inside the ring and confronting newly crowned champion Brock Lesnar. As soon as both stars were inside the ring, Lesnar lunged at Cain, but the smackdown debutant took him down and started throwing a barrage of punches and as a result, Lesnar had to retreat from the ring.

The pairs have previously met inside the Octagon at UFC 121 back in 2010, where Cain defeated Lesnar via knockout in the first round.

What did you guys think about Cain Velasquez’ Smackdown debut?