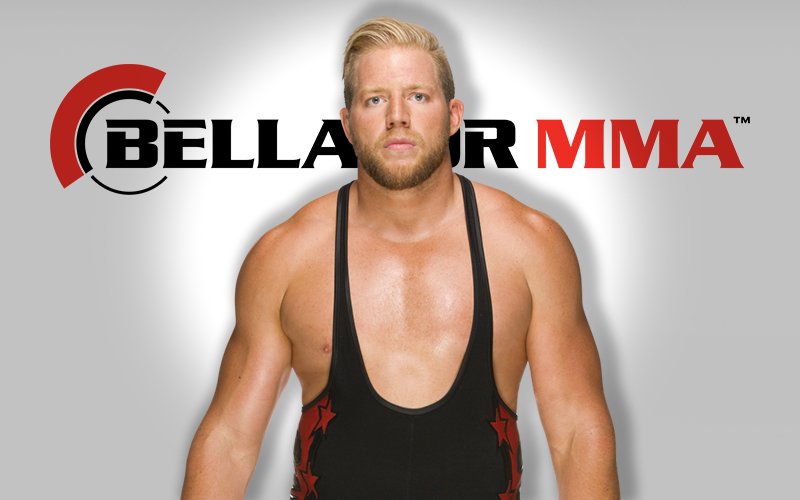 Former WWE superstar and former NCAA wrestler Jake Hager or popularly known as Jack Swagger amongst the wrestling fans is making his Mixed Martial Arts debut at Bellator 214 which features a heavyweight Grand Prix on Jan. 29 at the Forum in Inglewood, California against JW Kiser.

The 6’7 and 276-pounder Jake Hager signed with Bellator over a year ago and he made his debut announcement on The Ariel Helwani’s MMA Show. He was released by WWE last year after competing in the company for more than a decade. WWE recruited him straight out of college.

“I think my career will be a lot longer than most people imagine, in mixed martial arts,” Swagger — aka Jake Hager — told Helwani. “I have nothing to prove. I’m doing this for me and my family. I know I belong and you will see that I do when I step in the cage.”

Jake Hager / "Jack Swagger" tells @arielhelwani he will be fighting January 26th on the Heavyweight Grand Prix Finals event at The Forum in Inglewood, CA. He will be taking on JW Kizer.https://t.co/oh11yz7lR6

Hager will join the elite list of professional wrestlers to have made the transition to MMA, few of the notable names are Brock Lesnar, Bobby Lashley, and CM Punk.