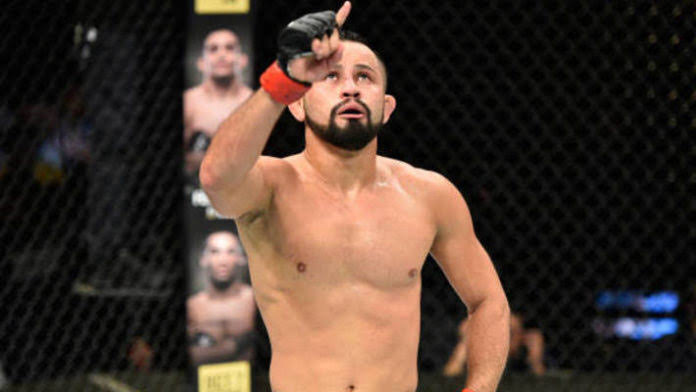 The UFC on ESPN+ 6 card in Nashville, Tennessee will feature a high profile flyweight bout with title implications as #1 ranked Jussier Formiga will take on undefeated and #4 ranked Deiveson Figueiredo this weekend.

Formiga is at a cusp of a potential title shot already. However the landscape of the division does not allow him one. Formiga is on a three-fight winning streak. However with champ Henry Cejudo’s wish to move up and UFC potentially scrapping the entire division, has delayed Formiga’s rise. 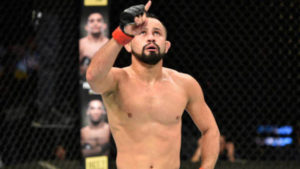 Formiga will have to snap the undefeated streak of fellow Brazilian in Figueiredo. However he believes a win would certainly cement his case for the title.

“I’m not worried about the flyweight division possibly being abolished,” Formiga said. “The media made a lot of noise about that. Cejudo was just able to prove that he’s a great flyweight by defeating T.J. Dillashaw, who’s one of the UFC’s top fighters, pound-for-pound. After beating Deiveson, I’ll be on a four-fight winning streak. There’s nothing else to do after that, other than waiting for Cejudo. It’s impossible that I wouldn’t be next.