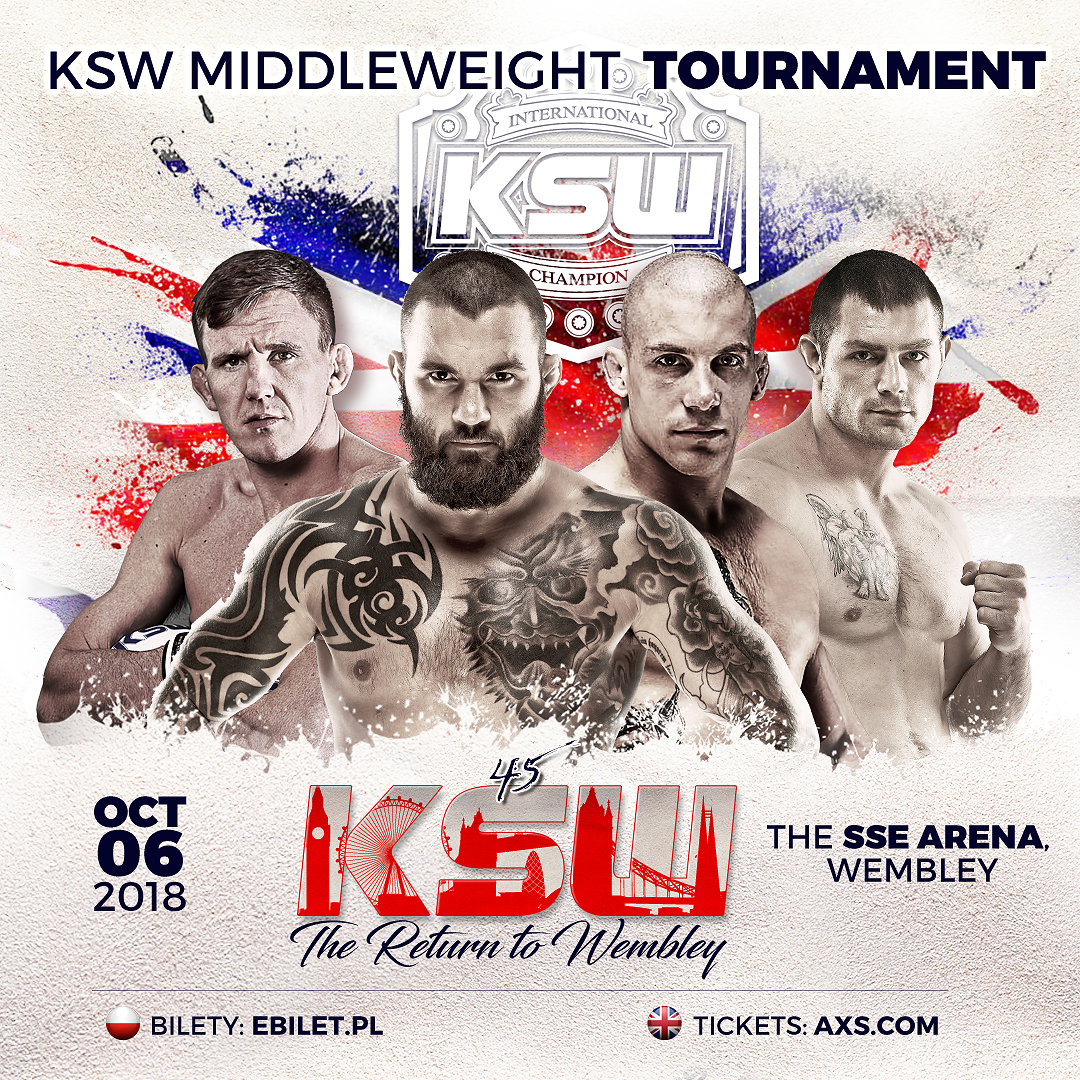 A new chapter in the KSW middleweight division begins at KSW 45 in The SSE Arena, Wembley in London, England on October 6. The icon Mamed Khalidov will vacate the title stating that he does not want to hold the division up and that there is only one fight he is after at the moment. 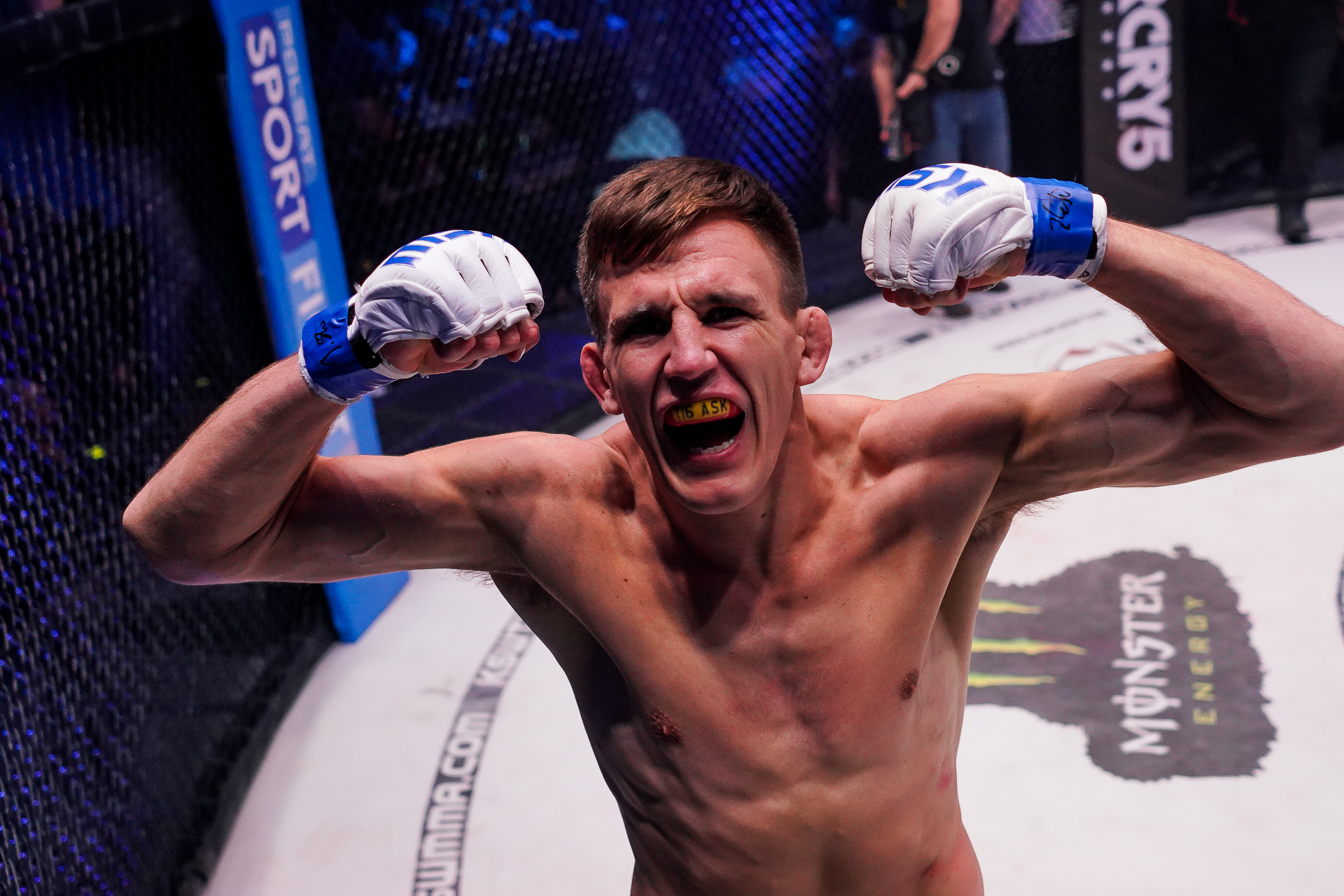 As a result, a four-man tournament to crown a new KSW middleweight champion will begin at KSW 45: The Return to Wembley. Former champ Michal Materla (26-6) will face off against Olympic medalist Damian Janikowski (3-0) on one side while on the other the UK’s number one middleweight Scott Askham (16-4) takes on former light heavyweight title contender Marcin ‘The Giant’ Wojcik (11-5).
About the participants:
Michal Materla (26-6) – former KSW middleweight champion and one of the biggest names in the sport in Poland. The 34-year-old is 4-1 since losing the title to Khalidov. This run includes highlight reel knockout wins over Rousimar Palhares and Paulo Thiago.
Damian Janikowski (3-0) – national hero in Poland and Olympic bronze medalist. Janikowski only made his MMA debut just over a year ago but has finished all three opponents thus far, all in devastating fashion including a former BAMMA and EFC champion. Now he returns to London, the scene of his Olympic triumph, and will be aiming for gold.
Scott Askham (16-4) – the UK’s number one middleweight. Is 2-0 since leaving the UFC with good wins over Luke Barnatt and Michal Materla. The former BAMMA champion has an impressive ten wins coming by way of KO/TKO.
Marcin Wojcik (11-5) – former KSW light heavyweight contender and currently on a 9-1 run with the loss coming to light heavyweight champ Tomasz Narkun. Fought and won his last fight at heavyweight following a last minute change of opponents, now he drops down to middleweight for his shot at glory.
KSW co-owner Maciej Kawulski had the following to say about the tournament:
“When we learned that Mamed wanted to vacate the belt setting up this four-man tournament was the most exciting way to crown the new champion. The tournament consists of renowned stars like Michal Materla and Scott Askham as well as young wolves like Olympic hero Damian Janikowski and former light heavyweight contender Marcin Wojcik. We feel that this selection of fighters guarantees exciting fights and worthy champion.”
The first round of fights will happen at KSW 45 while the final will take place early in 2019.