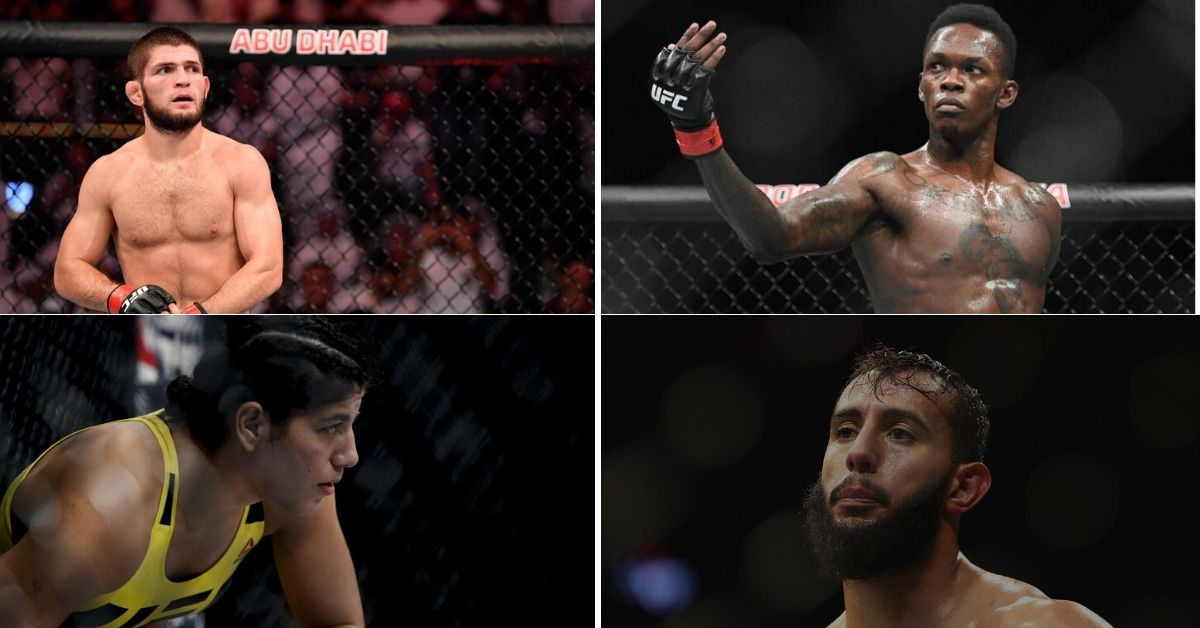 Unbeaten records, commonly referred to as streaks, are everything in combat sports like MMA.

The longer a fighter goes without losing, the greater their aura and sense of invincibility becomes. Combatants can get inside the heads of their opponents before even stepping into the octagon and landing a blow.

Boxing has Floyd Mayweather who went 50-0 in his illustrious career. Pro wrestling isn’t quite the same, but Goldberg and The Undertaker are arguably best known for their respective streaks in WCW and at the WWE’s flagship pay-per-view event, WrestleMania.

Competing inside the octagon is arguably even tougher, but which UFC cage fighters are as yet undefeated? Here, we take a look at some of the best. 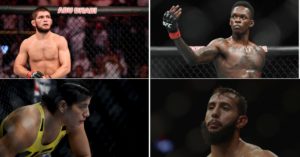 UFC lightweight champion Khabib Nurmagomedov boasts the longest streak of any active competitor. His MMA record sits at 28-0, with eight KO victories and ten apiece via submission and decision.

The Russian arrived in UFC with 16 unbeaten pro fights already under his belt. Nurmagomedov soon set about climbing the lightweight rankings and, after winning the vacant title in a bout with Al Iaquinta, took his biggest scalp inside the octagon yet.

His 2018 fight with Conor McGregor was a huge pay-per-view draw for MMA at UFC 229. A fourth round submission victory for Nurmagomedov was then marred by a brawl in the aftermath that resulted in suspension.

As he has since returned to competition and become the unified UFC lightweight champion with a third round tap out from Dustin Poirier, Nurmagomedov is as good as ever.

MMA fans are dreaming of a McGregor rematch and, although Tony Ferguson is the number one contender, Nurmagomedov is an odds-on favorite with bookmakers in UFC betting on potential future fights with either man as of October 22.

Nigerian-born UFC middleweight champ Israel Adesanya calls New Zealand home after moving from Africa as a child. His MMA undefeated streak is 18 fights and all but four of those have ended via KO.

That’s a fearsome record inside the octagon. After fights in his hometown of Auckland, China and Australia, Adesanya made his UFC debut at 221 where he stopped Rob Wilkinson inside two rounds.

He has since gone on to record unanimous decision victories over Anderson Silva and Kelvin Gastelum. That latter success saw Adesanya crowned interim UFC middleweight champ.

The Last Stylebender then unified the division with a second round KO of Robert Whittaker at UFC 243. Like Nurmagomedov, Adesanya is only in his early 30s and has plenty of gas left in the tank for future fights.

As a kickboxer, he competed at cruiserweight and heavyweight with great success. Adesanya doesn’t boast an unbeaten run in that combat sport, however, but clearly has made an even bigger name for himself in MMA.

One of the fastest rising stars of UFC is unbeaten American light heavyweight Dominick Reyes. He recently extended his cage fighting record to 12-0 with a first-round stoppage of former middleweight champ Chris Weidman.

This was a major marker from Reyes. His previous MMA bouts had only been against contenders rather than fighters who used to hold gold.

An emphatic victory over Weidman hasn’t as yet had any impact on UFC’s rankings for light heavyweights but, provided he continues his upward curve, a title shot is surely in Reyes’ future. He’s currently fourth in line, but that looks likely to change.

Reyes has featured on the undercard of two previous pay-per-views, UFC 218 and 229. Before long, he could well be headlining after a maiden main event success against Weidman.

The sky’s the limit for ‘The Devastator’ who could emulate Daniel Cromier and even try his luck at heavyweight one day. Reyes is definitely one undefeated UFC fighter to watch going forward.

When women step inside the octagon, it’s invariably been the bantamweight division that has gained most attention. Former UFC champs Ronda Rousey and Holly Holm competed in this weight class, but even they suffered defeats.

Brazilian bantamweight Ketlen Vieira is 10-0 after six fights in her homeland and a further four MMA bouts in the US. Those victories have put her second in line for a UFC title shot against compatriot Amanda Nunes.

Dana White is more than happy to put UFC events on in Brazil, but this potential future women’s bout would surely bring the house down. Vieira’s victories have moved her above former bantamweight champion Holm in the rankings.

Nicknamed Fenomeno, she’s already proving a hit in America. Vieira, like Reyes, can expect championship opportunities if she builds on her previous MMA fights with further wins.