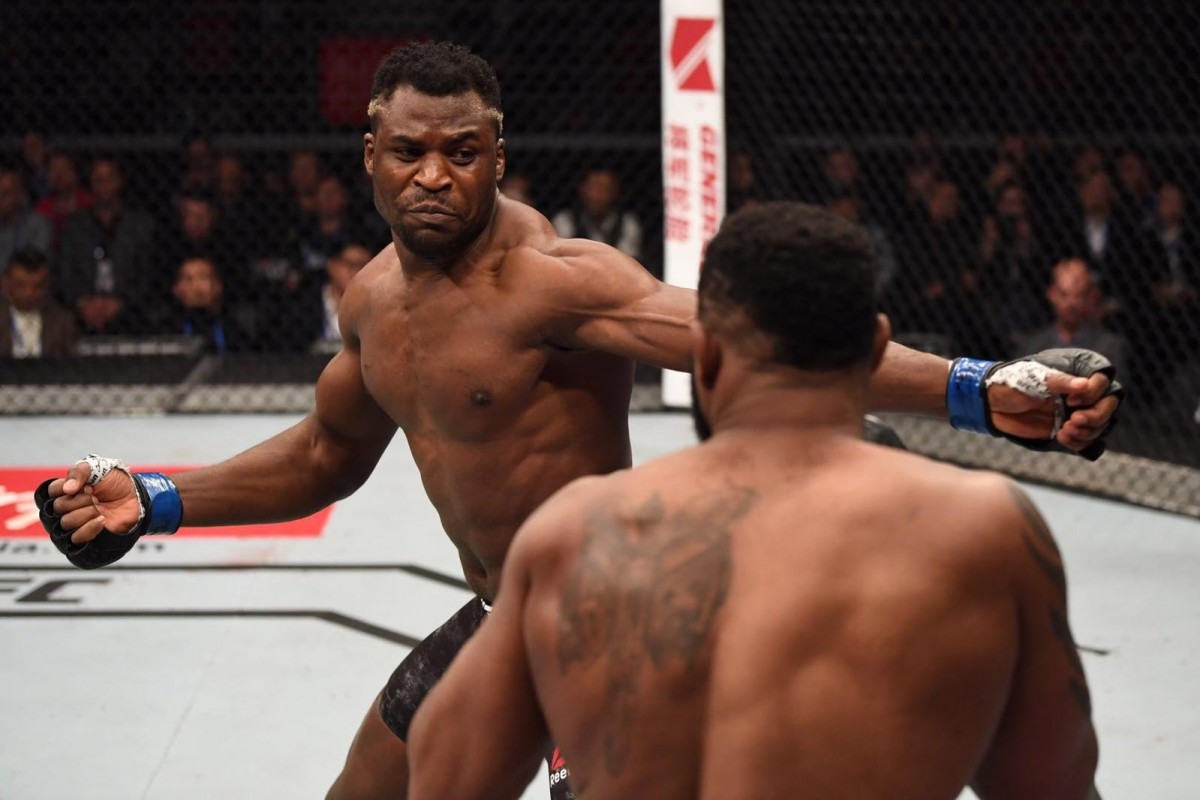 Francis Ngannou is currently riding a three fight winning streak. He has racked up wins over former champions Junior Dos Santos and Cain Velasquez. With his win over JDS, he had hoped for another shot at UFC gold. However, when Stipe Miocic ended up knocking out Daniel Cormier, the UFC instead decided to book a trilogy fight between the two.

With the title shot temporarily out of the picture, Ngannou has now turned his attention towards No. 6 ranked challenger Alexander Volkov.

Ngannou had already expressed his desire to fight the Russian beforehand. In an interview, he had said that Volkov had turned down a fight against him twice – one in July 2017 and the other one in August 2018. This time around Ngannou issued an open challenge to fight Alexander at UFC 246 in January. This is the same card that will mark the return of Conor McGregor into the UFC.

@AlexDragoVolkov What's your schedule for January 18th looks like?! Let me offer you a free trip in the most entertaining city in the world ( @LasVegas ). #UFC246 @ufc#whathappensinvegas

Volkov went a step ahead and instead challenged “The Predator” to fight him in his own backyard in France. He was aiming to book a fight against Francis in March in Paris itself.

@francis_ngannou How about Paris in March? Or you are too afraid to fall in front of your audience?

Ngannou seemed more than interested to the counter offer by Volkov. He said that he is willing to fight him anywhere and anytime.

Paris in March or tomorrow in a phone booth, I will fight you anywhere. Just sign the damn contract this time. Call @danawhite ASAP. https://t.co/C2iRCugoYF

Even Alexander is coming off a win in his last fight. He was originally scheduled to fight Ngannou’s previous opponent – Junior Dos Santos. However, after the latter fell of the card, he instead had to fight former NFL pro bowler Greg Hardy. Volkov dominated the proceedings of the affair from the starting bell itself.

Since joining the UFC, the former Bellator heavyweight champion has gone 5-1 in the organisation. His lone loss came against Derrick Lewis via a late stoppage. A win against a surging contender in the form of Ngannou can rope him in serious title contention in the division.

Previous articleUFC: Max Holloway explains why he has a soft spot for Conor McGregor: ‘He has a heart’
Next articleJon Jones claims vindication after USADA credits his case for anti-doping policy change