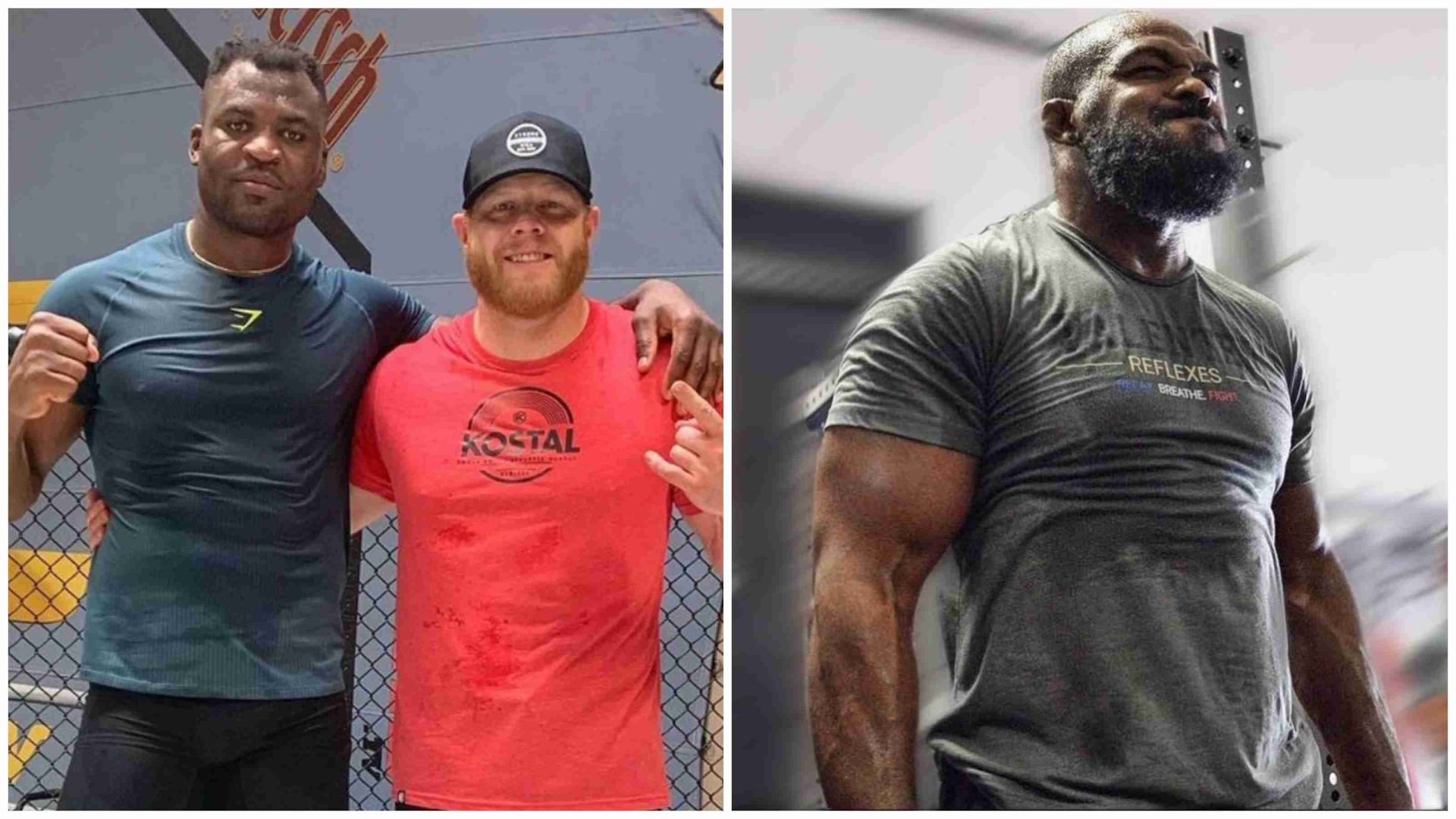 Francis Ngannou’s head coach Eric Nicksick, is optimistic that the reigning UFC Heavyweight Champion will fight Jon Jones in 2023, but says there’s a 50-50 chance that the fight takes place in March.

In the wake of months-long rumours and speculations, we have arrived at the current scenario that Ngannou vs. Jones will take place at UFC 285 on 4th March in Las Vegas. It will be the much awaited heavyweight debut of Jones, as well as the return of Ngannou to the Octagon.

“The Predator” is currently in rehab from knee surgery after suffering a torn ACL and MCL last year, and also the contract dispute with the UFC also pushed back the French-Cameroonian’s return.

Speaking to MMA Fighting, Eric Nicksick made his best assumptions about Ngannou vs. Jones for UFC 285.

“I think it’s 50-50, to be honest with you, when you’re talking business and timeline,” said Nicksick. “I’m confident from what I saw from Francis a couple of weeks ago that if we had to be ready for March, I think we can get him ready, but I think it is cutting it a little bit short because he had to go back home and renew his visa.”

“And then obviously they still haven’t announced anything yet with his contract and where they’re at, so 50-50 for me. I’m hoping for this thing, fingers crossed that we can get this deal done. If it’s not March, maybe it’s April or May, or something like that. I do know that they’re shooting for March and that Jon Jones is the opponent. Everything else is out of my hands, but if they tell me, ‘Hey, we’re fighting March 4,’ we’ll have our guy ready, that’s for sure,” he added.

Nearing three years of inactivity, ‘Bones’ was last seen in action against Dominick Reyes at UFC 247 in February 2020. After many ups and downs with the UFC regarding pay, as well as several back-and-forth speculations on whether the former Light Heavyweight champ would actually ever fight again, Jones revealed himself bulked up and ready for debut in the heaviest division.