Francis Ngannou fires a barb back at Stipe Miocic 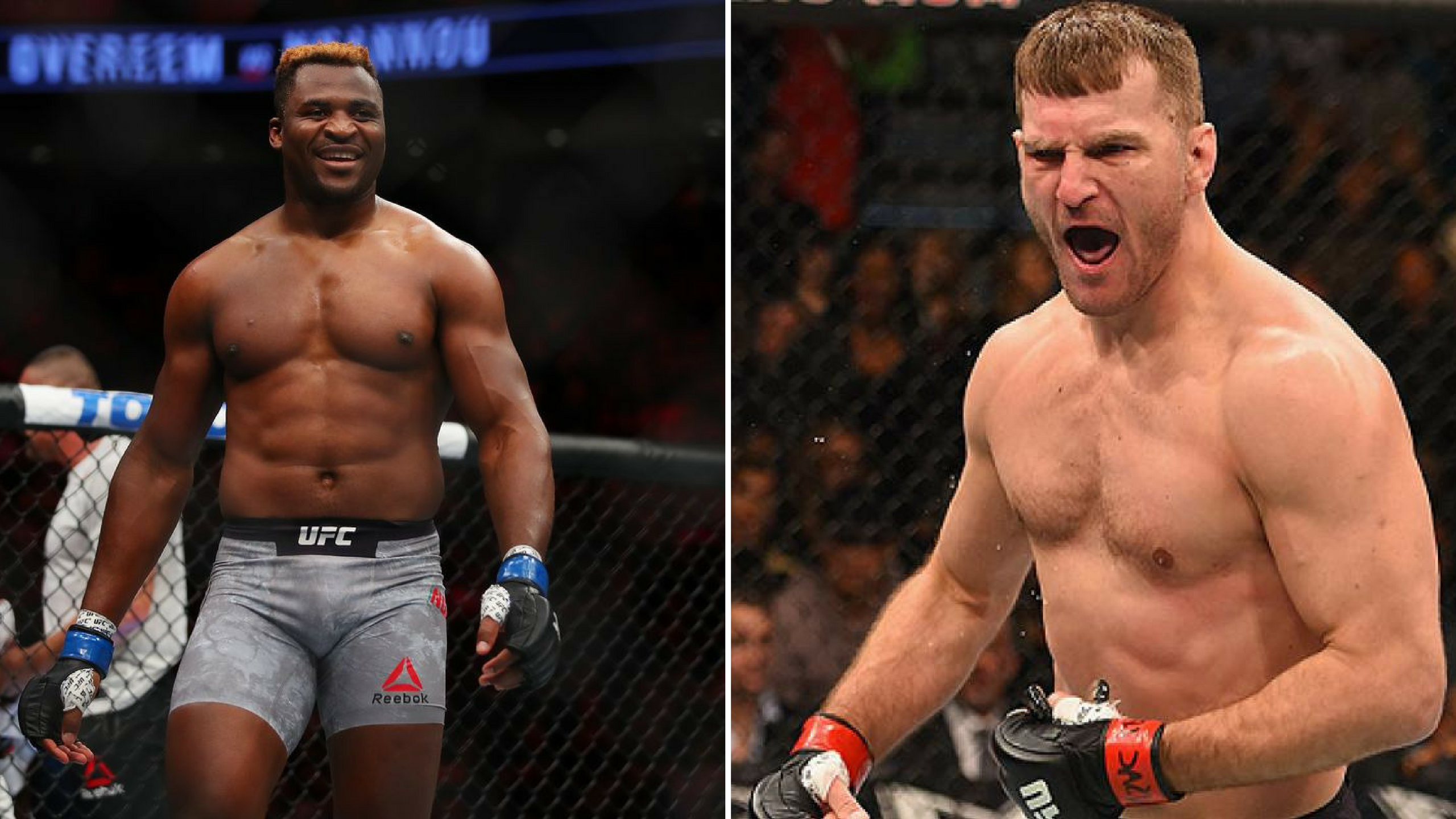 One of the highlights of UFC 218 was the brutal KO of Alistair Overeem at the hands of Francis Ngannou. The talk immediately swerved towards Francis being the No.1 heavyweight contender and people were more or less speaking of Francis as the heir to the heavyweight throne and his fight with Stipe being just a formality which Francis just had to show up for to become the new champ.

All the talk of course didn’t go down too well with Stipe who felt the need to remind everyone with a well targeted tweet that the belt was still around his waist.

Daniel Cormier also chirped in with a tweet to show how Stipe would actually relish the challenge of facing Francis.

Knowing @stipemiocicufc he’s licking his chops. For as dominant as Francis has looked, the chance to stop him intrigues a guy like Miocic. When I left Cleveland the last Stipe told me was, u can put King Kong out there and he couldn’t beat me.

Francis Ngannou of course seems to be shining with personality nowadays (or maybe we just never noticed it before) like we saw in his post fight octagon interview with Joe Rogan and post fight press conference, and fired back an equally well aimed barb which left no scope for any miscommunication as to his intentions going forward.

The heavyweight division seems to consist of only Francis Ngannou and Stipe Miocic for the next few months til they fight.

Are we seeing the birth of the first MMA/UFC superstar from Africa and someone who will potentially make up for the potential loss of Conor McGregor? Like Dana White said at the UFC 218 post fight press con, he’s rolling as if Conor isn’t coming back.