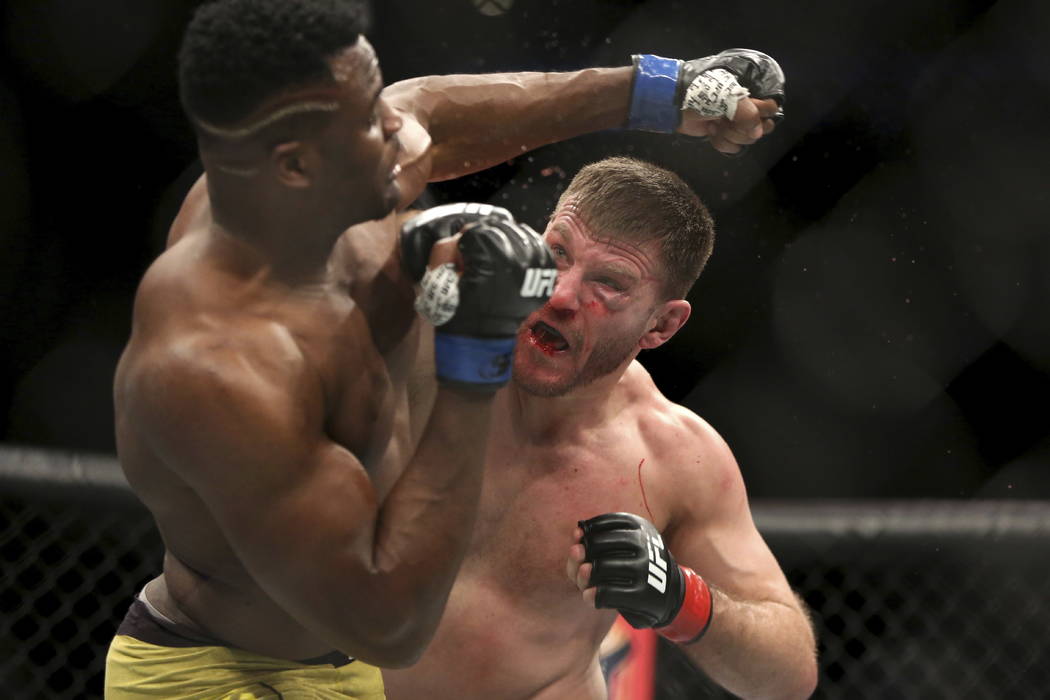 Francis Ngannou and current heavyweight champion battled each other at UFC 220 which took place at the  TD Garden, Boston, Massachusetts, United States in January last year. The fight ended with Stipe beating Ngannou via unanimous decision.

Stipe handed Francis the first loss of his UFC career, which followed by another decision loss to Derrick Lewis in what was regarded as one of the dullest fights in the UFC history. However, since then Ngannou has bounced back with back to back first-round knockout victories over the likes of Junior Dos Santos, Cain Velasquez and Curtis Blaydes. 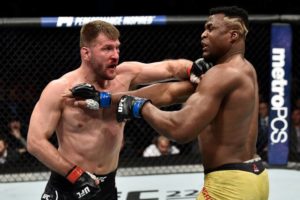 Now the Cameroonian born heavyweight wants another crack at the heavyweight title and he hopes to fight Stipe Miocic by the end of the year.

“I’ve been waiting for it”, Francis Ngannou told MMA Junkie in an interview (h/t APMMA.net). “After my last fight, Dana White said we’re going to see how it plays out between ‘DC’ and Stipe. I’m willing. I’m ready for it.

“I think I’m going to have my revenge, and definitely it’s not going to go the same way as the last one”, he added. “2019, hopefully – that would be great.”

Stipe Miocic is also coming off of a fourth-round TKO victory over Daniel Cormier at UFC 241 in California last month. He recaptured his heavyweight crown which he had lost to Cormier last year.

Who do you guys think wins the rematch between Miocic and Ngannou?