Francis Ngannou on his UFC negotiations: ‘It’s not all about money’ 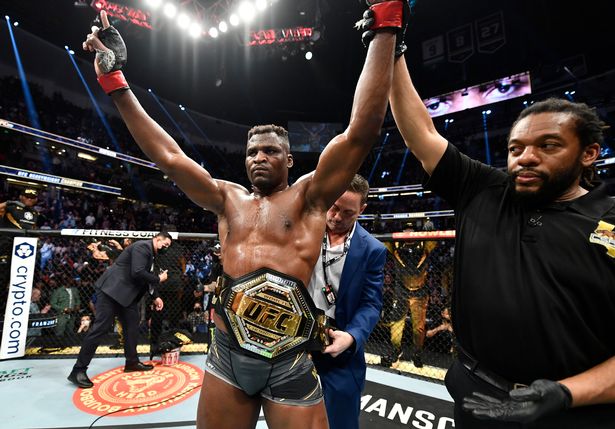 Former UFC heavyweight champion Francis Ngannou is now finally out of the UFC and through the intense negotiations with the UFC, he is now finally at peace.

Following his exit from the UFC, Francis Ngannou appeared on The MMA Hour to talk about the negotiations that went on with the UFC.

“Overall, I’m good,” Ngannou said on “The MMA Hour.” “I have no stress. I feel very good about it. I’m very happy. I know that I did everything right. I don’t have any regrets. I wouldn’t do anything differently if I had to do it again. I would do the same thing. I’m very happy. I’m very satisfied. On the other hand, this is a sport. This is business. I have my personal life in Cameroon. I’m with my family. At the end of the day, this is what matters. I have my balance in life. I’m doing very good. Don’t you worry about me.”

Ngannou’s faith that he made the correct decision for himself and others contributed to the mental relief he experienced after making a highly uncommon and widely publicised choice.

Negotiations involved money, that much is true. Ngannou claimed that the amount Brock Lesnar supposedly received for UFC 200, $8 million, was offered to him. A small number of non-financial requirements, however, were not fulfilled in any way. Ngannou was definitely turned off by that.

“What I’ve learned is you don’t go to the table of negotiation expecting to have everything that you want. But at least you want your partner, the other side, to show your willingness or to at least try,” Ngannou said. “I asked for a lot of things, which doesn’t mean I was expecting all those things. I was expecting at least one or two of those things. I asked for the right of a sponsorship, which we’ve been ripped of. We can’t have sponsorship. I asked for health insurance. (I) couldn’t have (it). I asked for a fighter advocate, somebody in the board meeting who will advocate for the fighters. I asked for that. I couldn’t have those stuffs that I asked for. I just wanted (them) to know that there is something that I do want. I also wanted them to think (about) that, at least in consideration. ”

Ngannou stated that many promotions, mainly MMA ones, have approached out regarding what would come next. He believes that he will most likely compete in boxing sometime in the month of July. Who do you want to promote, or against? Those are details that will be determined later. For the time being, Ngannou will relax and wait for the dust to settle.