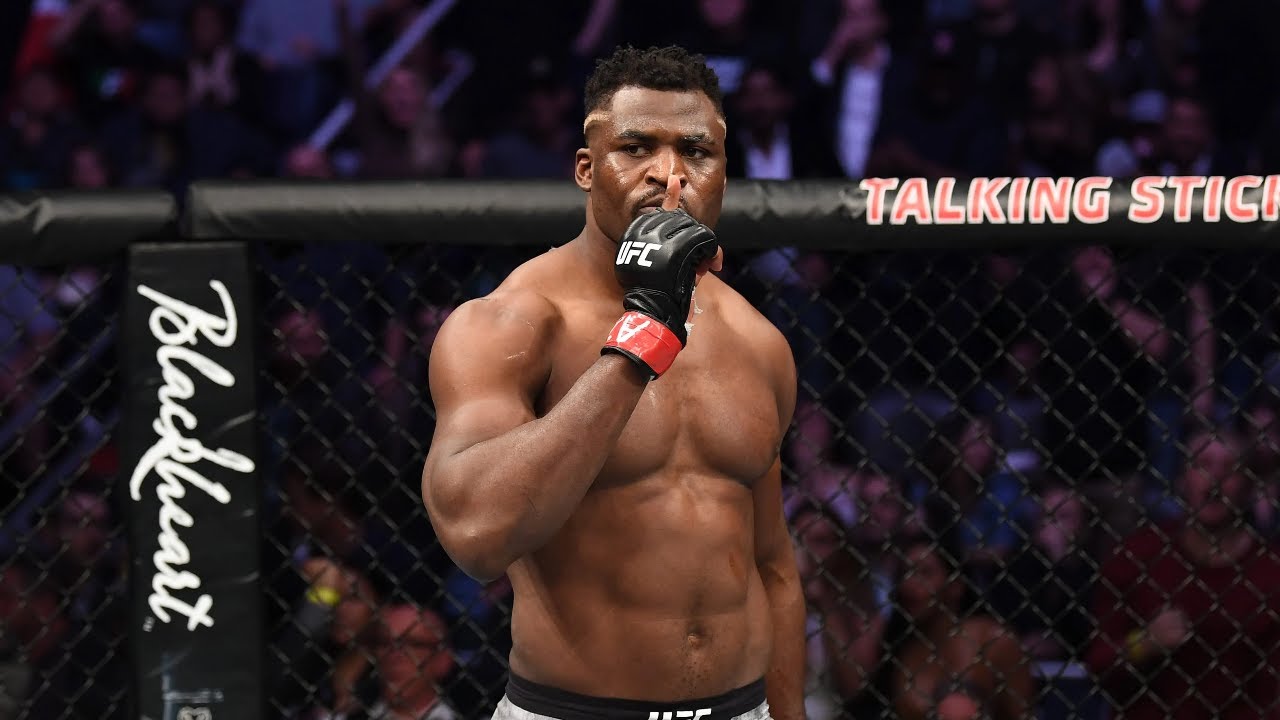 Francis Ngannou’s incredible journey in the UFC has been one to watch out for. Coming from a humble background, his story is worth reading about. To be born in Cameroon, Africa during the wars was hard enough, Francis made his living working in a coal mine. MMA was not in his mind until a gym friend saw his potential to become one. He set his mind to it and the rest is history.

Making his UFC debut in 2015, he knocked out Luis Enrique in the second round, and made a statement of arrival there. Since then he has only lost two fights, one against Derrick Lewis, and against Stipe Miocic. After his loss against Stipe, he realized that MMA was much more than just power. He started training with Dewey Cooper, who made him work on his gas tank, his technique and his grappling abilities. Since then Ngannou has never looked back and has his eye on the title.

“It’s very difficult when you arrive at a place, like Paris, and you don’t have anyone” says the Cameroonian heavyweight. “But for me, it was an opportunity. At the time I didn’t even have a place to sleep. I didn’t have anything. But I didn’t care about that because I’m happy. I was happy because I knew this was an opportunity for me to make something by myself and to progress.”, said Francis Ngannou in an interview with okayafrica.

What’s next for Francis Ngannou?

The stunning victory against Jairzinho put Francis at the top of the list for a title shot. Whoever among Stipe Miocic and Daniel Cormier wins the belt will have to defend it against Francis Ngannou next, and it’s not going to be easy. There are talks of the Gypsy King making an MMA debut in the UFC, and that brings up the question of who he goes up against first. Jon Jones also hinted a move to the Heavyweight division to fight Francis, and it will be interesting to see if Ngannou’s knockout power is enough to put out the champ who has never been knocked out before.