UFC Heavyweight title challenger Francis Ngannou for his heavyweight title rematch at UFC 260 against Stipe Miocic has shared his tragic story of eating from garbage cans and spending time in jail story. Miocic (20-3 MMA, 14-3 UFC) handed Ngannou (15-3 MMA, 10-2 UFC) a lopsided unanimous decision loss in their first meeting at UFC 220 in January 2018. The defending champion used his wrestling to snuff out the explosive offense of Ngannou and take a commanding decision to win their first fight.

Ngannou then lost a listless decision to Derrick Lewis in his next outing but has since rebounded with four straight first-round KOs, none of which took longer than 71 seconds.

Ahead of UFC 260, Ngannou spoke with Bleacher Report’s Tom Taylor and spoke about the journey to get here. In the interview, Francis talked in-detail about his journey in MMA which was filled with lots of ups and downs.

“My journey from Cameroon to Morocco was about one year. One year in illegal situations, crossing borders, living in the bush, finding food in the trash, living this terrible life,” Ngannou said.

After getting to Morocco, Ngannou’s next goal was to get to Europe. To do so, he went through Spain illegally, and he was captured and detained in jail for the next two months.

“It was more stressful than scary. When we got to Spain, for the first while, we kind of relaxed, even though we were in jail. We knew we were going to go to jail when we got there. We would be free after, but we were going to go to jail (first),” Ngannou said. “There was a lot of pressure in our minds. It was like a mental prison, not a physical prison. It was very hard.”

Ngannou was ultimately released, at which point he finally completed his journey to Paris. He spent his first months in “The City of Lights” on the streets but views that period as a crucial turning point in his life.

“I was homeless then, but at that moment, it wasn’t difficult for me anymore,” he said. “You might think being homeless in Paris in the fall when it’s cold was not great, but the enthusiasm that I had at that time… Beyond everything, I was happy to be in the land of opportunity. I was happy to have my own life and be able to chase my dreams. So that’s one of the happiest moments of my life.

“Even though I was sleeping in parking lots and I didn’t have food or money, I was just free. Compared to where I was in Morocco, a parking lot was like a five-star hotel.”

It was in Paris that Ngannou’s combat sports journey finally began. Despite his longstanding focus on boxing, he began training at the MMA Factory, one of the city’s most reputable MMA gyms.

“It took me almost 10 years [from the time I set my goal] to step foot in a gym for the very first time, but I always believed it would happen,” he said proudly. 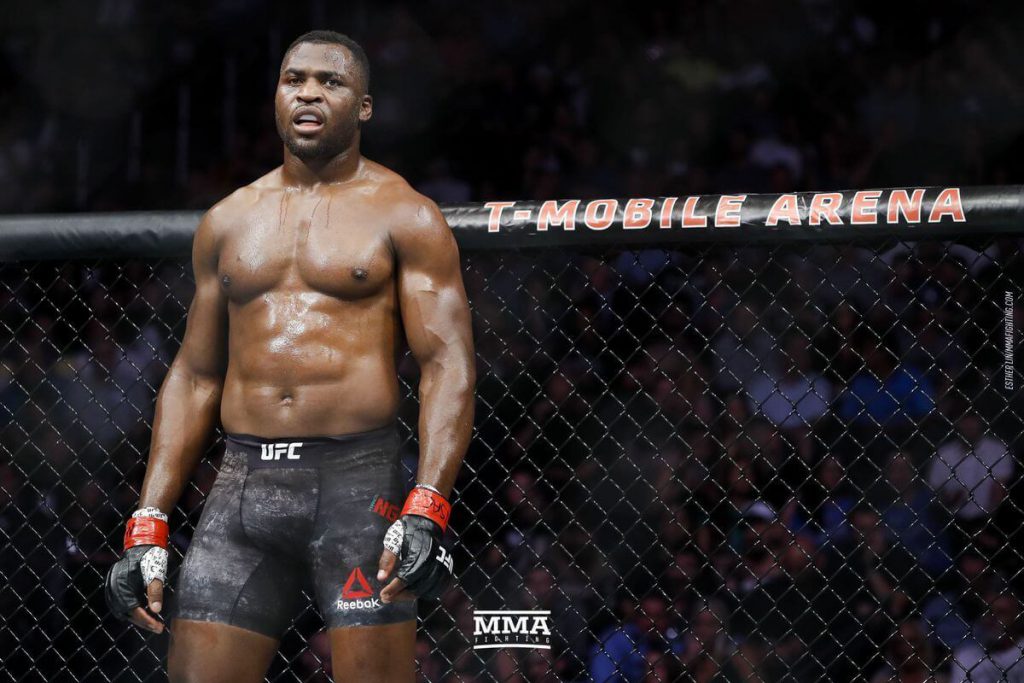 Francis Ngannou has gone through a lot in his life but all those years of serving have made him this strong and now he has finally got another shot at the title and this time it’s a shot at redemption against the Reigning Champion Stipe Miocic who handed him his first UFC loss.