Francis Ngannou allowing sparring partner to punch him in his stomach is insane! 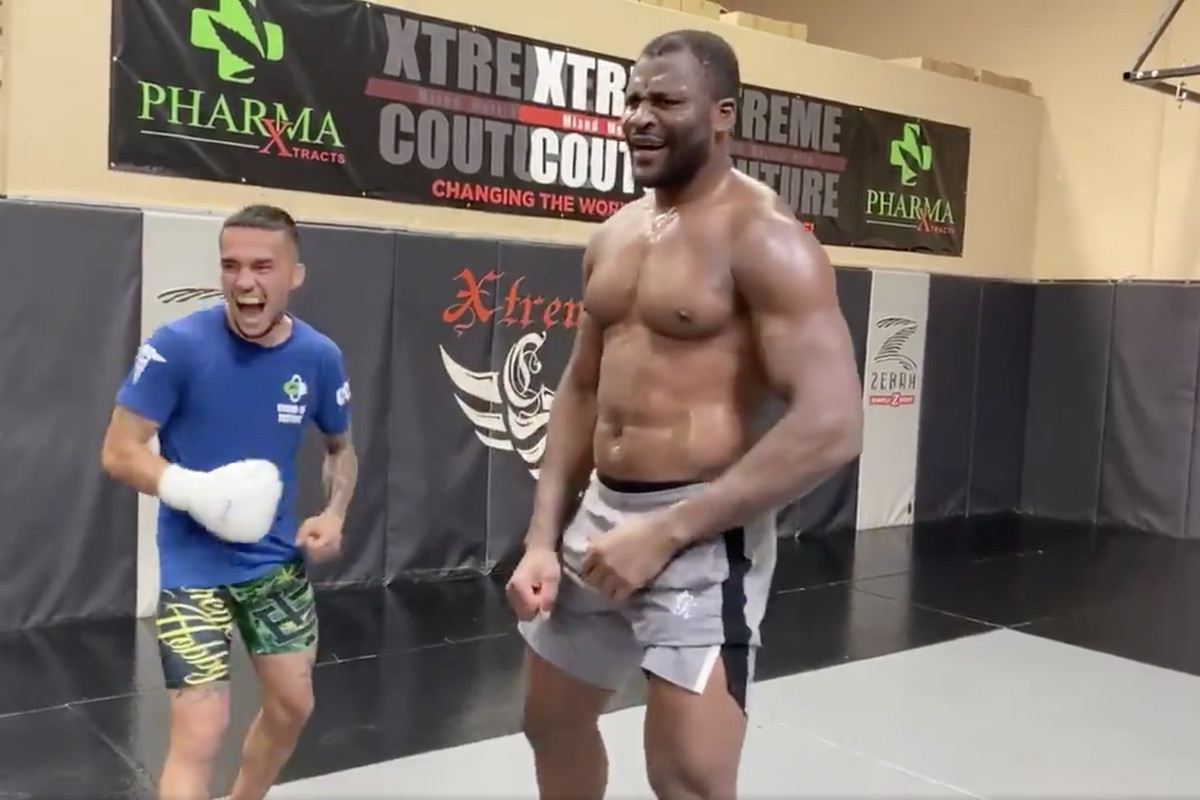 UFC heavyweight Francis Ngannou is one of the most feared men in the UFC’s heavyweight division.

The 6-foot-4 ‘Predator’ weighs around 265-pounds and is an absolute savage inside the Octagon. So far, the Cameroonian native has suffered only two losses inside the Octagon and in his last four fights, he has finished all of his opponents via KO.

The most interesting aspect of his fight is that none of his past four opponents have gone past the 1-minute mark. As much as scarier Francis Ngannou is inside the cage, outside the cage is an easy-going person. 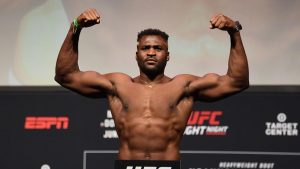 Lately, Francis Ngannou has been allowing his sparring partners to punch him in the stomach and the former world title challenger is taking the punches without a wince of pain.

Last month, Francis Ngannou did the same challenge with boxing star Ryan Garcia. The 21-year old from California met with the ‘Predator’ for a training session and Garcia threw devastating body shots, but the punches didn’t have much effect on Ngannou.

This was lot of fun bro @KingRyanG 💪😂

Francis Ngannou is coming off of a 20-second knockout win over Jairzinho Rozenstruik at UFC 249 in May.

Francis Ngannou on struggles during a pandemic

Last week Francis Ngannou talked about training for a fight during a global pandemic. His fight against Rozenstruik was supposed to take place in March, but the viral outbreak forced the fight to be delayed.

“Between every cancellation of a new time, there is always a day in which, as if the fight was postponed, that’s why the cast, and our minds, that we don’t know what’s going to happen. A few days after that, they rescheduled another date, and you should concentrate and return to the training”, he said.

“The reality is that things are not as before. I just need to make it work in some way. I think we are all experiencing. This is not unique only to me. Therefore, all the fighters to do with this. Maybe someone has a better way of dealing with this, or a very very. It is strange. The conditions in which you would like to be, but, in the end, it remains a kind of challenge that can be ok. Therefore, we accept”, it is concluded.