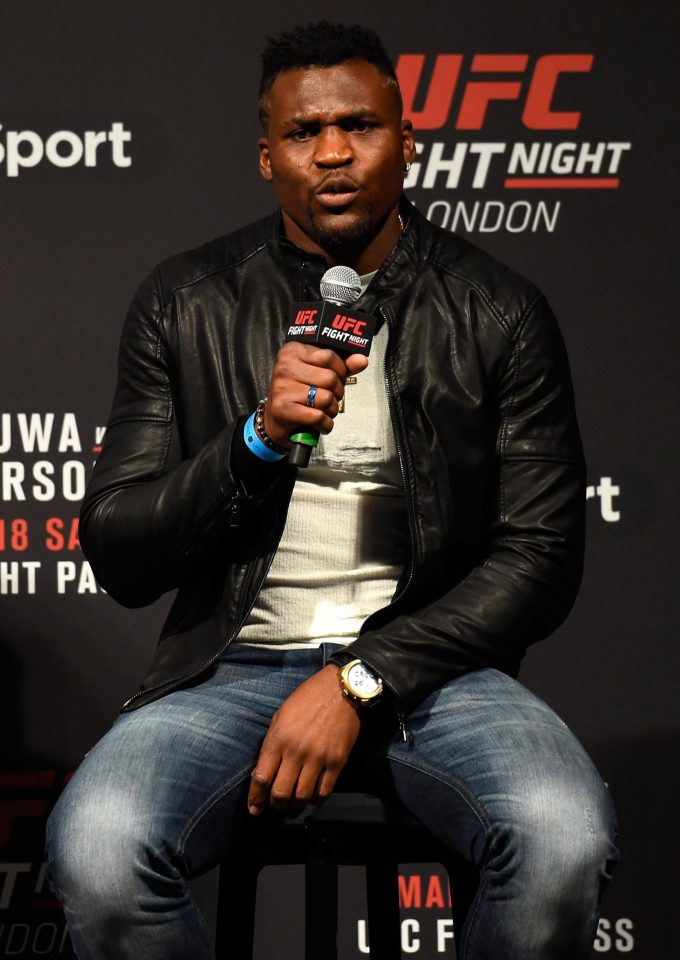 In his new statement Francis ‘the predator’ Ngannou said without any hesitation that Stipe Miocic might be his easiest fight to date. Francis Ngannou is on the verge of realizing a dream. Now just two days out from his UFC 220 title fight against champion Stipe Miocic.

UFC heavyweight title challenger Francis Ngannou first walked into the MMA Factory in Paris. Homeless at the time, Ngannou had been helping out at La Chorba, chopping up vegetables in the kitchen. The non-profit organization puts together over 900 free meals a day for the homeless in Paris. Having benefited from their service, Ngannou wanted to lend a hand.
After Ngannou told the staff of La Chorba that he hoped to become a professional boxer, Lopez (head coach) was considered the first port of call for the aspiring athlete. Now he is very near to his dream.

“When I started this journey nine years ago, no one believed me, no one at all. Everyone was like, ‘Oh man, come down, that’s crazy. You can’t do that. You can’t succeed.’ And I just did my thing by myself because I always believed it. Even when I was in the hardest situation I had ever been in my life, I still had that feeling, I still believed I was going to be the world champ. I have something in me that always told me that I would do it, that I was special.”

“Mixed martial arts wasn’t my goal and I didn’t pay attention when people started telling me you were born for this, you should do this sport, you’re made for this sport. I said, ‘That’s not my problem. I want to be a boxer.’”

“Yes, I’m excited. MMA gave me the opportunity, so let’s do this. If I switch the sport, I’m going to maintain my goal to become a world champion and become the greatest.”

“It’s something natural. I just do what I have to do and it gives people that excitement and enjoyment.”

“I knew that was gonna happen. There is no way he’s not gonna go to sleep. I certainly knew that if I connected, he was gonna go down. It will be the same thing for Stipe.”

“Stipe is great as a heavyweight champ, but that was before me. In France, we say in the land of blind people, the one-eyed man is king. But when the two-eyed people come, that one-eyed man who was king falls.

“Stipe can believe what he wants to believe. Alistair believed that also, but at the end of the day, we have the result and we know who is the boss.”

“Things go very fast and sometimes I don’t realize how fast it’s gone. It’s weird because sometimes I still see myself as that guy from four years ago, saying I can’t do this, I can’t do that. And then after, yes, you can.”

Previous articleDaniel Cormier on Arjan Bhullar: He’s actually much more advanced in the stand up than i was at that point’
Next articleJimi Manuwa believes that Volkan Oezdemir can ‘shock the world’ against Daniel Cormier