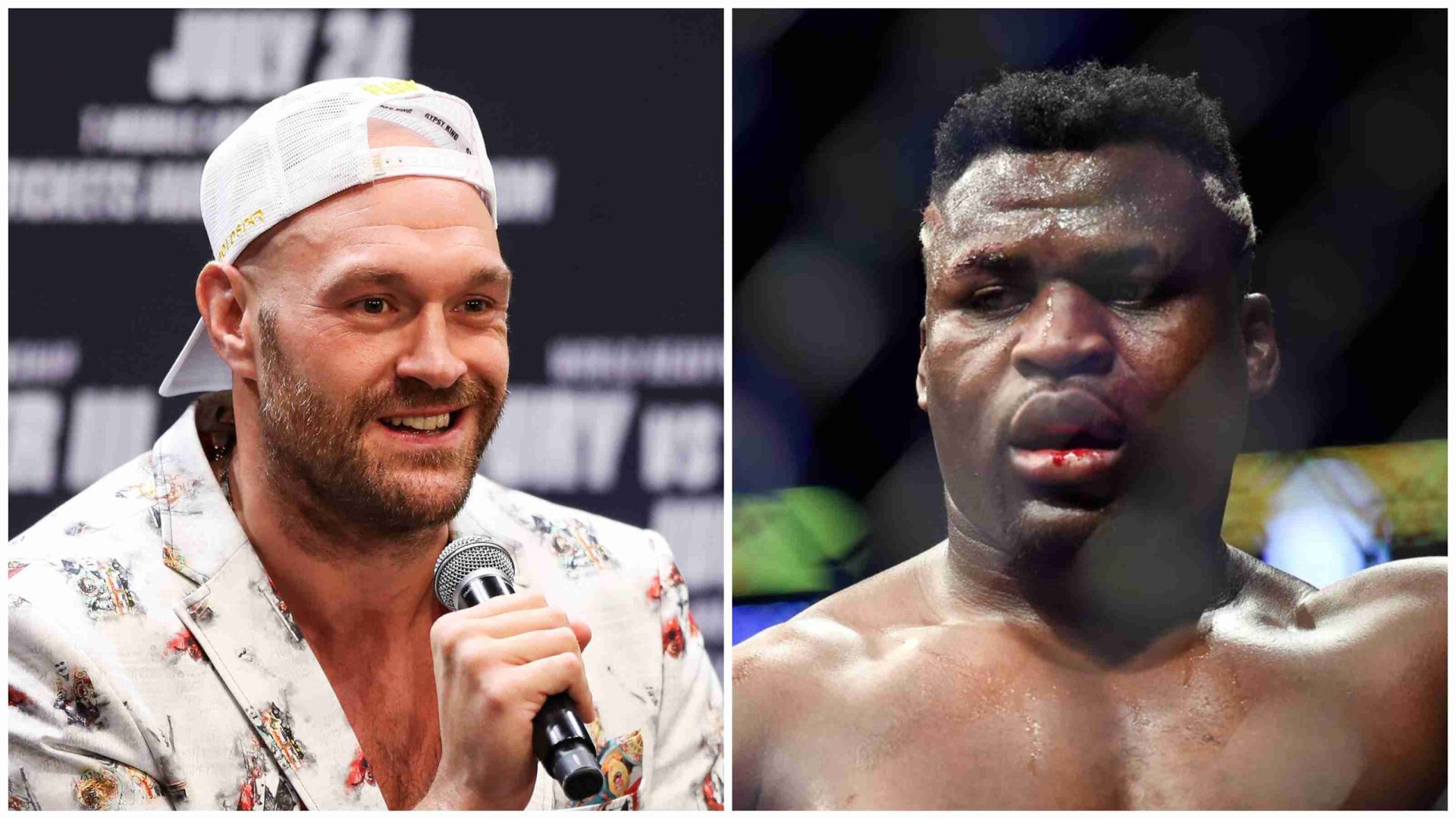 Reigning UFC heavyweight champion Francis Ngannou, who is set to defend his title against interim champion Ciryl Gane at UFC 270 this weekend, is heavily discussed about a potential crossover boxing match against WBC heavyweight champion Tyson Fury in the near future, and ‘The Predator’, who is just one fight away from exhausting his UFC contract, is positive that the fight against Fury will definitely happen.

We both are willing to make that fight happen: Francis Ngannou positive about boxing Tyson Fury in future

Francis Ngannou has been involved in a tussle with the UFC regarding his pay in the company and recently made it clear that he won’t be looking forward to remaining in Dana White’s promotion on his current contract.

With the upcoming fight against Gane being the last fight left on his UFC contract, Ngannou recently made it clear that he will not fight for “$500,000 [or] $600,000 anymore” and has hinted at leaving the MMA top drawer promotion if need be. Additionally, the Tyson Fury fight has become the talk of the town, Ngannou revealed to DAZN Boxing in a recent interview that the ‘Gypsy King’ encounter is very likely possible in the future.

“Yeah, I do believe that that fight will happen,” said Ngannou, “I think Tyson Fury wants that fight to happen too, so eventually it will happen at some point. I can’t say specifically when but for sure it’s gonna happen since we both are willing to make that fight happen.”

“It’s not like freely go have a boxing match but more so I would like something like Conor and Mayweather did,” the French-Cameroonian fighter went on, “I think it would be more viral with the supporting that, with the UFC behind that. Anything that you do with the UFC behind, I think it’s gonna be huge…”

“From where we are, nothing is safe to say – [but] yes [no boxing would be a deal-breaker]. I’m 35 years old, bro. It’s not like I have a lifetime ahead of me. I’m very aware of my age and the stage of my career and if I really want to do this, I think it’s time to do it. But I don’t see why that shouldn’t be possible for them as well,” Ngannou added. [H/T Boxingscene.com]

Things recently heated up between the two heavyweight elites after Fury recently challenged Ngannou to a boxing match donning MMA gloves instead of the sparring ones.

“Who would like to see me fight this beast boxing rules @ufc gloves? @danawhite @francis_ngannou,” Fury tweeted earlier this month.

In his response, Ngannou said that he would opt for a fight in the cage, but with boxing gloves.

“How about MMA rules with boxing gloves? I can do you that favor” Ngannou replied.

Do you think Francis Ngannou vs Tyson Fury is a possibility? Let us know in the comments.