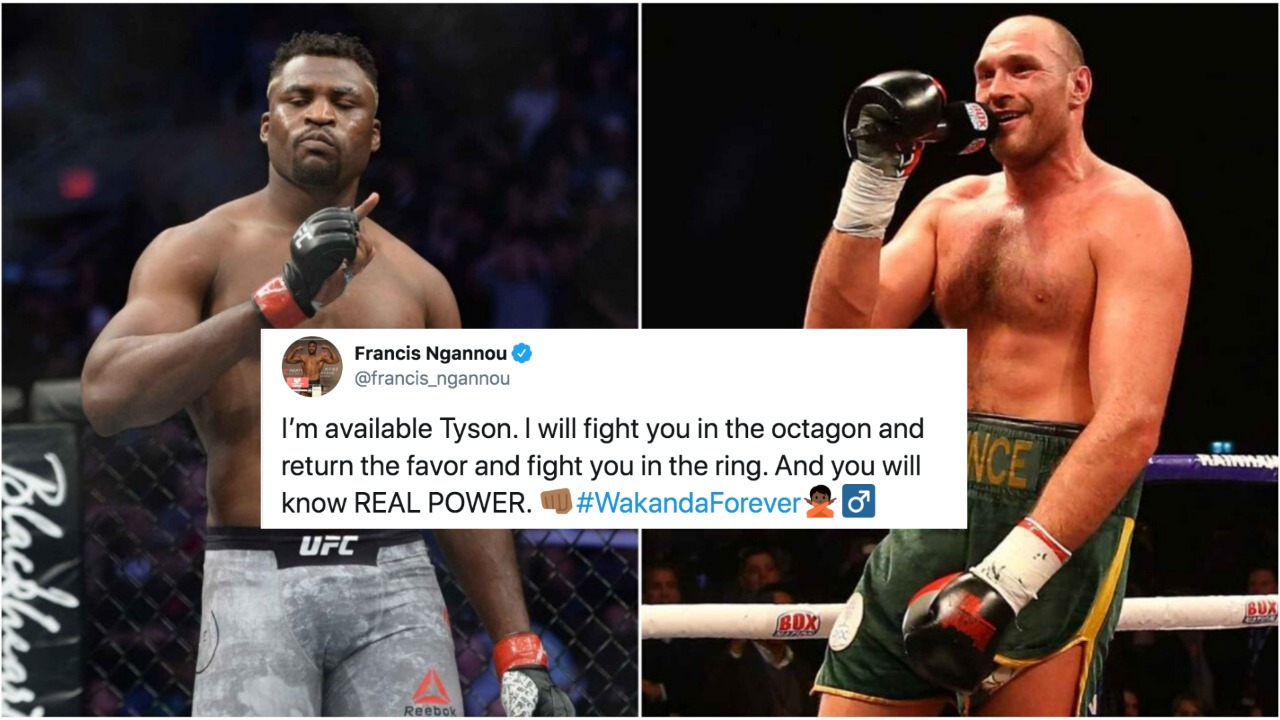 Former WBA, WBO, IBF heavyweight champion of the world Tyson Fury is coming off of an impressive victory over Braun Strowman at the WWE Crown Jewel event in Riyadh, Saudi Arabia.

After the win at Crown Jewel, Fury said that he is willing to step inside the world of Mixed Martial Arts and even fight the current UFC heavyweight champion Stipe Miocic and former title challenger Francis Ngannou. 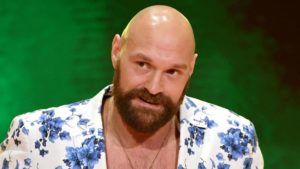 “Who’s the heavyweight champion of the world in the UFC? The American-Croatian, Stipe Miocic. I’ll fight him in a heartbeat, no problem, or Francis Ngannou. Any of the heavyweights they’ve got, I’m not afraid of any of them. I’m the ‘Gypsy King’. I’m a boxer, but I’m one badass motherf****r.”

Now Francis Ngannou has responded and is willing to fight Tyson Fury inside the Octagon and then return the favour by fighting inside the ring.

Ngannou who last fought against Junior Dos Santos at UFC on ESPN 3 is desperately looking for a fight and has asked the UFC several times to book him a fight. He is riding on a three-fight winning streak and all of his last three wins have come via first-round stoppages.

Fury, on the other hand, is very serious about his move and has said that he even talked to two former UFC champions about it.

‘I also had a message from Frank Mir, former heavyweight champion of UFC, and he said he’d be interested in working with me as well. So, yeah, I reckon we can do something. Big time. Dana, call me!’