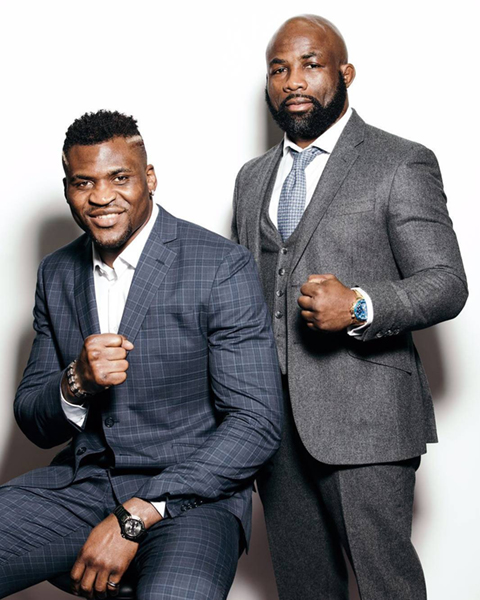 “Before, everyone was saying ‘Oh my God, he’s in tremendous shape, everything is amazing!’”

“The fight was on the ground nearly 80% of the time. So, how come he didn’t finish him? Francis has a good ground game and if you check at the end of the fourth round, Francis went for a heel hook and it made Stipe run away. Francis could’ve stood up, but he didn’t have enough energy, that’s why he just laid down. We spent a lot of time working on his ground game with legit black belts. We spent time in Vegas and he was working with Vinny Magalhaes. He showed very good things. Stipe had head control, but he didn’t finish [Ngannou]. Stipe had a guillotine, but he didn’t finish him. Stipe escaped a heel hook from Francis – when was the last time you saw a heavyweight go for a heel hook? It’s not fair to say he didn’t work his ground game. He did. It’s not fair to say that Francis didn’t work his wrestling. He did. Wrestling isn’t just about attacking, it’s about defending and he showed good things on that.”