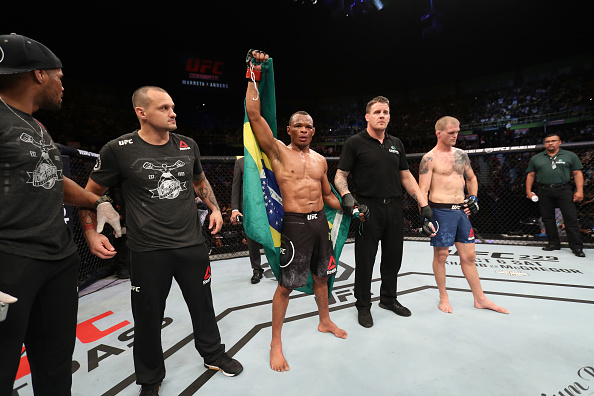 UFC 237 has added one more fight to its card. Rio De Janeiro will see two countrymen face each other in a fight to determine superiority. It is an age-old tale of the veteran fighter taking on the rising young lion, as Francisco Trinaldo will look to stop Brazilian Jiu-Jitsu black belt Carlos Diego Ferreira.  Combate recently reported on the fight.

Francisco Trinaldo holds the distinction of being one of the last fighters from the first season on The Ultimate Fighter to still be competing in the UFC. He is coming off an impressive victory in his last fight, where he was able to knock out Eva Dunham. The win was good for him, as he was coming into the fight off the back of a loss. He will have to do well to take on his opponent, who has displayed immense form lately.

Carlos Diego Ferreira has a 4-fight winning streak going at the moment — a streak that he will be looking to extend in front of his home crowd. Fighting a veteran like Francisco Trinaldo is never easy, and with a crowd likely to be split down the middle, his next fight might determine his future in the UFC.