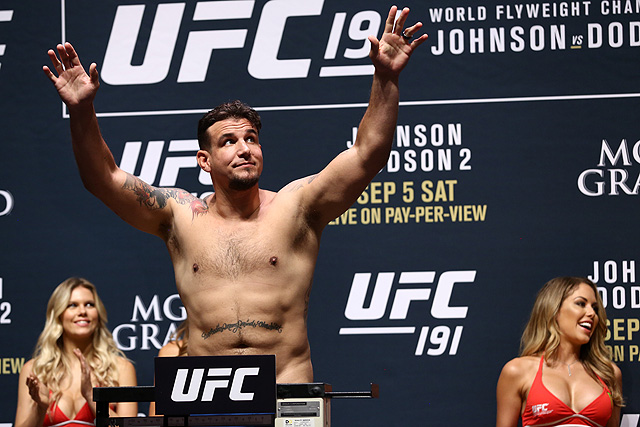 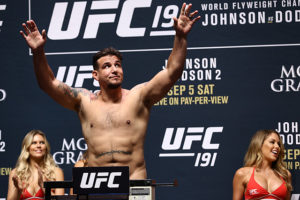 According to ESPN, the USADA determined Jones’s positive test this time around was because of a residual amount of the substance that lingered in Jones’s system from 2017.

However. former UFC heavyweight contender Frank Mir now has pointed to USADA’s inconsistency as he made parallels between his own case and that of his fellow ex-UFC champion Jones. Mir was flagged for testing positive for dehydrochloromethyltestosterone (DHCMT), Frank Mir was handed a two-year suspension by the U.S. Anti-Doping Agency.

In the spring of 2016, when USADA representatives sat in my Las Vegas kitchen and told me that the turinabol metabolite…

“In the spring of 2016, when USADA representatives sat in my Las Vegas kitchen and told me that the turinabol metabolite that they said I tested positive for could only have been ingested within a window of the past several months, I vehemently proclaimed my innocence. Having never failed any drug test throughout my career, I asked if we could go back further in the past to test any supplements that I could’ve taken, but they claimed that was both impossible and unnecessary. They were firm on their assertion that there was only a recent period of several months that would warrant any consideration. Now, little more than two years later, Jon Jones has tested positive for the same trace of the same banned substance, and USADA is taking the position that this same low level is in fact not a new ingestion, but something that could be the result of a residual “pulsing” effect that could potentially stay in his system “forever”. Further, they are now claiming that this phenomenon is something that they are seeing in other cases as well.

This latest shift in USADA’s position would seem to suggest one of two possibilities…Either they are a) offering special dispensation to Jon Jones or b) they are second guessing and subsequently “revising” the presentation of their own science. Either scenario leaves myself and a number of other fighters whose careers have been similarly damaged by past testing claims to wonder what this says about USADA’s consistency and their tests’ reliability. Sadly, my accusation came at a time when the UFC’s partnership with USADA had not yet been subjected to the kind of doubt that now seems to further cloud it with each new instance of convoluted circumstances.”

This clearly shows how inconsistent USADA is with its drug testing and how favouritism is given to the top commercially viable athletes.

Previous articleMark Hunt embarks on a foul worded tirade against Jon Jones, UFC and Dana White
Next articleJeff Nowitski sticks up for Jon Jones with an insensitive tweet – ‘Can’t make everyone happy’