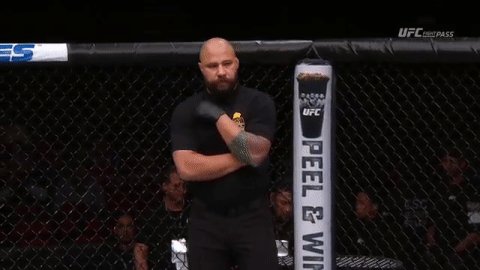 Highly infamous MMA referee Mario Yamasaki has been currently facing criticism from almost all MMA fans, pundits alike for his horrid officiating at UFC Belem. Everyone has been voicing out their displeasure with the Brazilian referee. Former UFC Welterweight turned referee, Frank Trigg has now come out and stated his thoughts on the entire controversy. He has stated that he has enough reasons to criticise Yamasaki. However, he won’t and has claimed that he lost about a million dollars due to the controversial referee.

Trigg is a 45 year old American fighter who was particularly famous for his top-notch grappling skills. The former Welterweight title challenger is a black-belt in Catch Wrestling and also holds a 2nd degree black-belt in judo, a purple-belt in BJJ and is a former NCAA division 1 wrestler as well.

Yamasaki’s first major officiating blunder took place in a fight between Trigg and former UFC Welterweight champion, Matt Hughes at UFC 52. During that famous fight, Yamasaki had failed to spot an illegal knee to the groin which was delivered by Trigg to Hughes. Trigg was moments away from winning the fight. However, Hughes miraculously mounted a great comeback and ended up submitting Trigg via a rear-naked choke.

Trigg has been in a fight which highlighted Yamasaki’s poor officiating ability, he has been a fighter and is currently a referee himself. Hence, he possesses a unique perspective for this situation. Here’s what he told MMA Junkie radio:

“I think Mario did a fine job, and believe me, Mario and I have no love lost between each other, this fool cost me a million dollars. Let’s be very clear: It’s not like, ‘Oh, it’s ‘Big’ John McCarthy, it’s Mike Bell, and it’s Mike Beltran.’ I’ll defend those guys all day long no matter what they do. These are my boys. This guy (Yamasaki), we don’t disagree when we meet with each other, but he cost me a lot of money, and it’s his fault I’m not a millionaire now – back to that one instance he should have stopped the fight and he didn’t (against Hughes). But that’s the way it goes. What he did on Saturday night, I’m totally OK with.

I would have stopped it a minute earlier, but that’s because I already know the result of the fight; I already know what’s going to happen, I wasn’t in the cage. I wasn’t doing it live. From what I watched on Mario, he did everything correct. No sound, but I assume he’s talking to her. Every time she got spoken to she moved. I assume everything he did was exactly within the mechanics of the way I was taught. He was doing it correct.

Since he has been a fighter and is a referee himself, Trigg’s statements do have credibility. However, Mario’s constant displays of such poor officiating certainly aren’t helping his case.

UFC 221 fighters give their thoughts about ‘legend’ Bruce Buffer