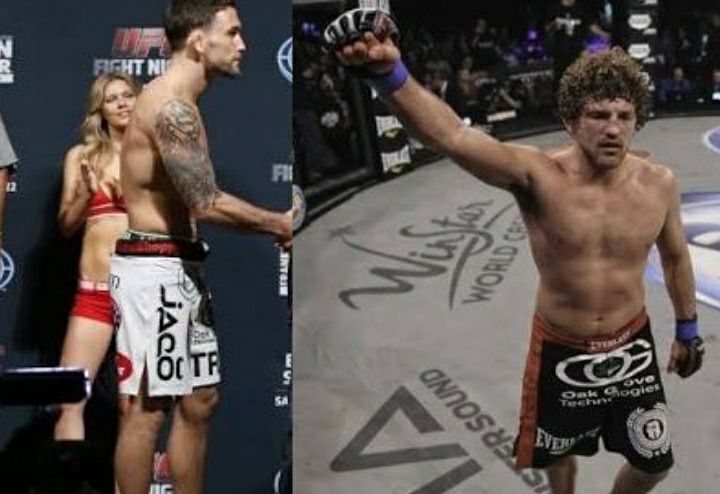 Frankie Edgar stated, “I would love to see Askren in the UFC. I think it’s a shame that he hasn’t been here. I think people, or at least Dana and the UFC brass don’t want to see him go out there and wrestle guys to death and whatnot, but he’s out there wrestling and finishing guys now. The dude doesn’t get hit and it’s pretty impressive. Yeah, that’s like the, ‘who would win out of GSP or him?’”
“That’s something people have been talking about for a long time and he’s got the ability to make that fight very interesting because of his wrestling ability. Typically Georges is the guy with the wrestling ability, but I think Ben might have a hand in there.”

Previous articleUFC: Ronda Rousey posts a video of her training for WWE debut
Next articleMMA Roundup: Who said what? (2/22/2018)