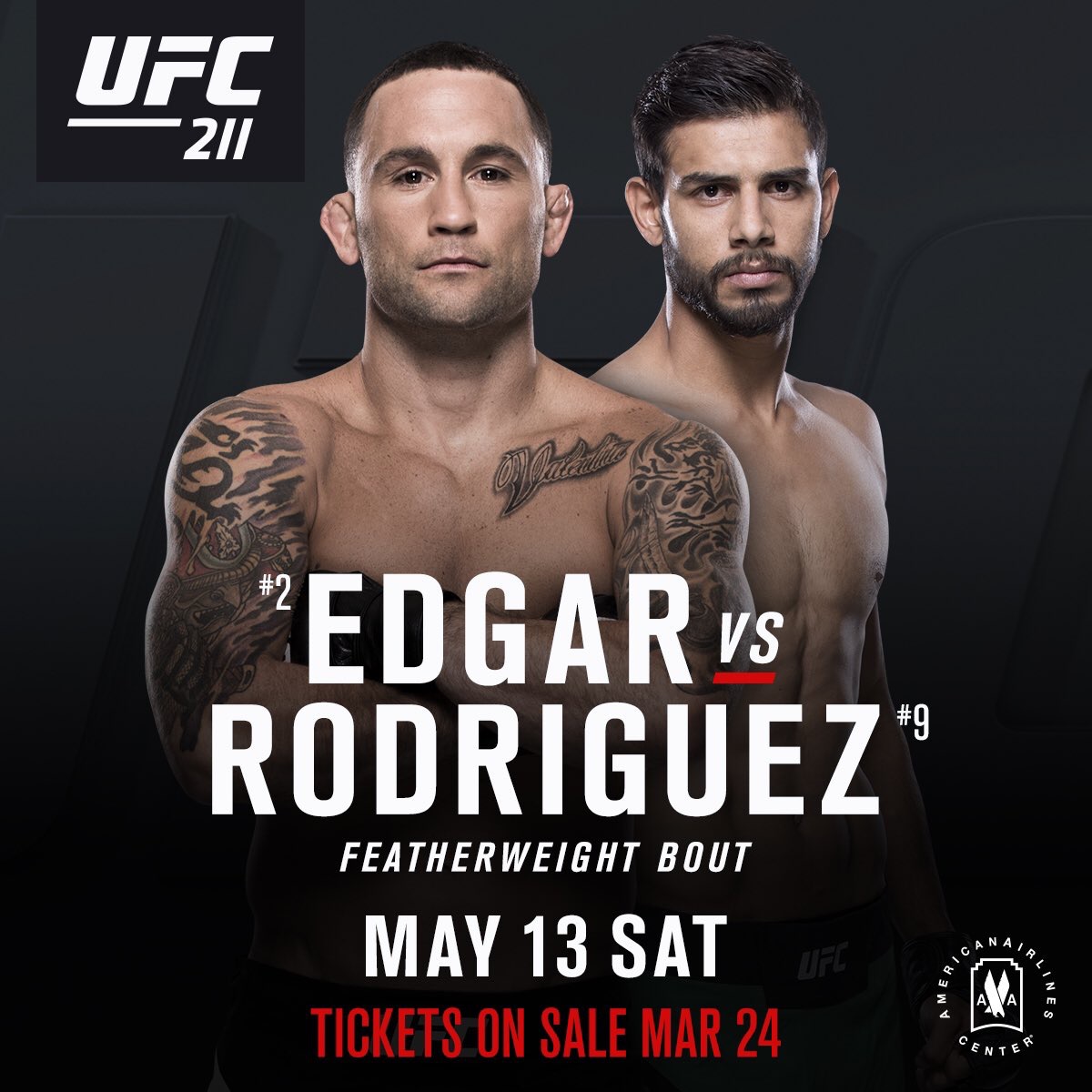 As if UFC 211 was not stacked enough already, it seems the UFC top brass is pulling out all the stops to make UFC 211 the card of the year and have now added a fantastic feather weight match up with Frankie Edgar vs Yair Rodriguez to it.

Frankie Edgar comes off a win over Jeremy Stephens at UFC 205 after his loss to Jose Aldo at UFC 200 and before that he was on a 5 fight win streak. Yair Rodriguez is having a dream run and is on a 8 fight win streak with his last win being over MMA legend B.J.Penn, having put the brakes on Penn’s comeback.

This is a very important fight for both fighters especially for Yair who is seems to be the guy to beat now. Both fighters have aggressive fighting styles and this fight has the potential to be a  FON contender for sure.

Mark May 13th 2017 in your calendars as all roads lead to the American Airlines Centre in Dallas ,Texas.