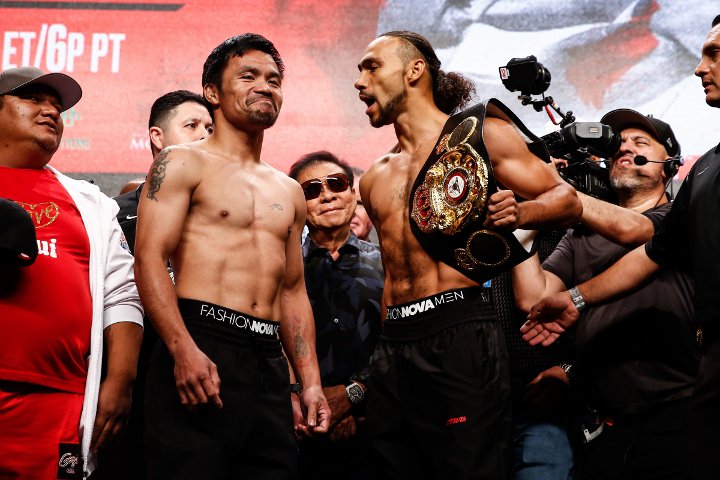 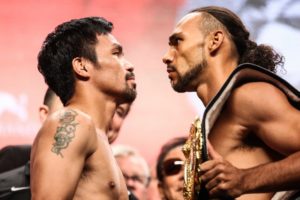 However, ahead of the mega-fight, Pacquiao’s long-time trainer Freddie Roach talked about Pac-Man’s incredible work ethic and ‘unbelievable’ speed in this training camp.

“Boxing, sparring, speed, everything went very well. It’s been a while since I’ve seen Manny so motivated. That was caused by Keith Thurman and we will have to thank him because the instinct returned,” said Roach.

“The experience will be key. Manny has been here before and controls his emotions, but Thurman is new, maybe he’s going to be sorry, “Roach said.

Who do you guys think wins this welterweight title bout between a Manny Pacquiao and Keith Thurman?  The fight will be available for purchase in India via Fite TV pay-per-view.