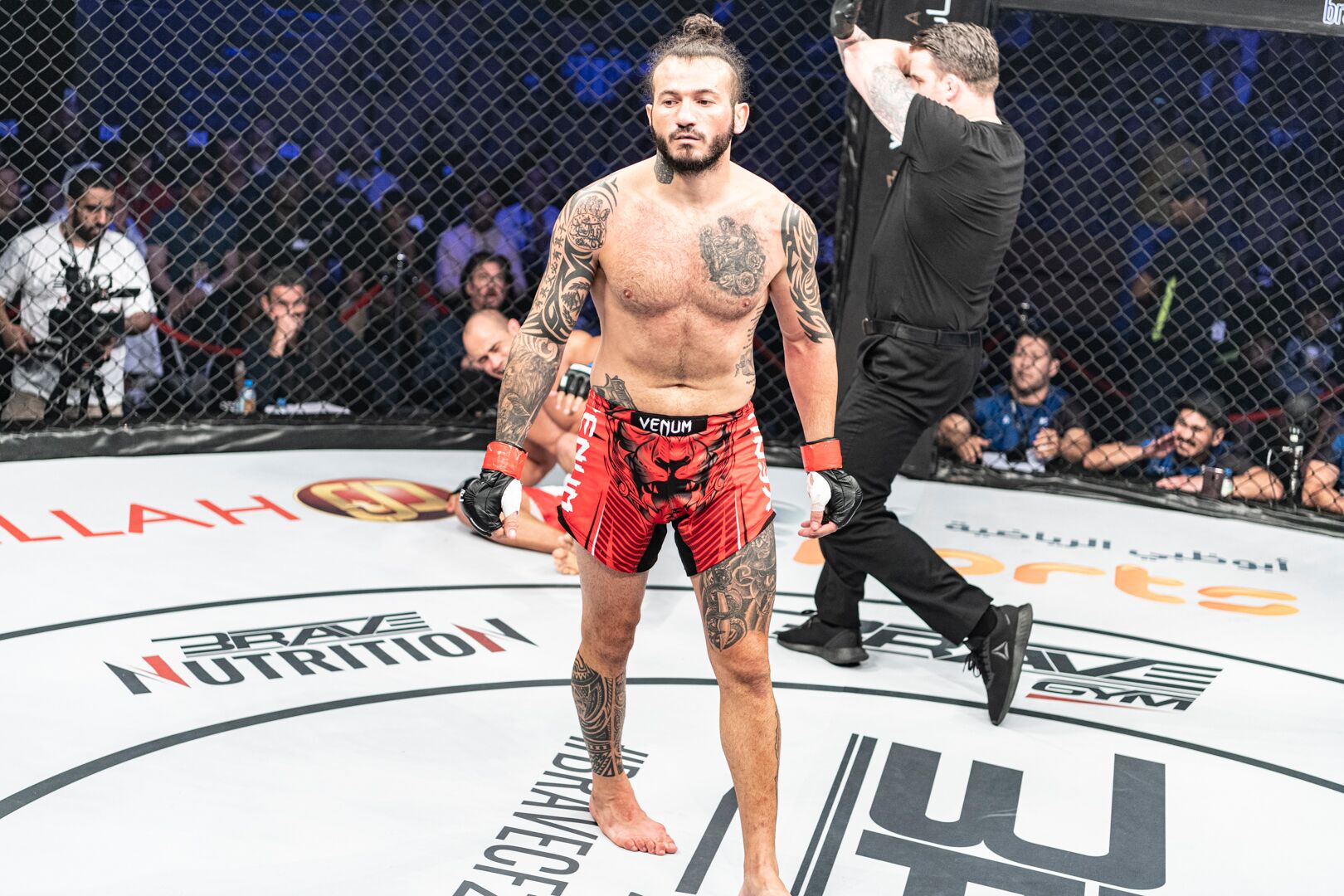 Mohammad Fakhreddine has shown that Middleweight is indeed his best weight-class as the Lebanese superstar teared up his opponent, Christofer Silva, inside 40 seconds at BRAVE CF 27. The comeback win came courtesy of his devastating leg kicks, which caused an injury to the Brazilian grappler. After the victory, “The Latest” laid out his plans for his next fights and said he wants to be considered for the KHK World Championship.

On November 15th, BRAVE Combat Federation will host a special one-night, four-men, open weight tournament to determine the baddest man on the planet. The prize includes a US$ 100,000 check, plus the right to become the holder of the KHK World Championship belt, adorned with 6.2 kg of gold, and the heaviest prize in sports when it comes to gold.

“Hey, guys. I would like to thank BRAVE Combat Federation for giving me a chance to compete again, and a platform to showcase myself and my skills. I want to be in the tournament, I want that US$100,000 and I want to hold that gold belt. Let’s go!”, said Fakhreddine in his post-fight interview.

The Middleweight contender also mentioned he would like to face Ikram Aliskerov at some point. The two were set to battle at BRAVE CF 27, but the Russian powerhouse suffered an injury and was forced to pull out, being replaced by Silva.

In order to be considered, Fakhreddine will have to apply at BRAVE CF’s official website, and will go through the same process as all fighters willing to step up. The promotion hasn’t put a limit of who can apply, and athletes from all over the world are welcome to sign up, regardless of weight classes and promotions.