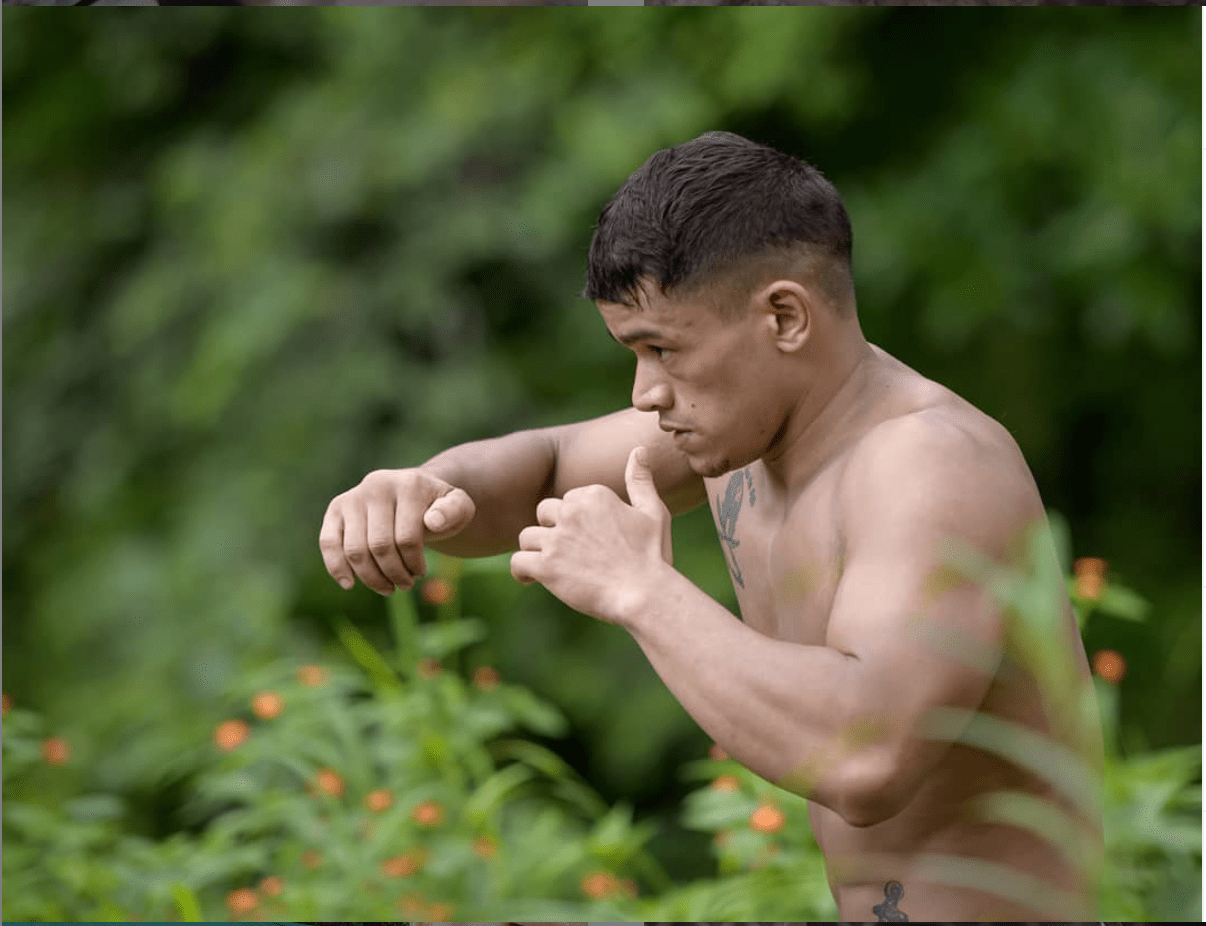 Our Friday Fighter this week is Angad Bisht. A professional MMA fighter he holds a record of 5-2-0.  He has been on a steady rise in the Indian MMA scene. His last fight came against Jacky Gahlot at Matrix Fight Night 3 in December 2019 in which he lost a close split decision which could have gone either way. It was awarded as the Indian MMA fight of the year 2019

Angad Bisht is known to be put up exciting fights with majority of his fights ending in a finish. A skillful fighter standing up and on the ground, he has the potential to be one of the best fighter in the country. Angad Bisht is the 10th ranked of 130 active Asia South Pro Featherweights. He also possess a crafty submission game with his kneebar submission win chosen as the Best Submission Victory of the MTV Super Fight League. He also has a great stand up game and mixes it up well with leg kicks and knees. A tough competitor, he has showed his toughness in his fights against Dhruv Chaudhary and Jacky Gahlot.

He avenged his previous loss to Dhruv Chaudhary and after surviving a head kick went on to secure a unanimous decision win. He credits his tough mindset to growing up in a tough environment in mountains between tough people which has helped him a lot in ihs career.

He trains in his own MMA gym at Mutant MMA Academy in Uttarakhand which he opened a year ago. He recently shared a post on social media where he talked about his gym. “I opened @mutantmmacademydehradun Like one year ago now we have like 3 professional MMA fighter in our academy and 15 to 20 amateur fighters. Kids coming all the way from North East, from haryana, from Mumbai, from delhi, from kumaon and Garhwal. I know in coming times lot of tough fighters from our academy is going to shine and sometimes they beat me too and this is how we grow we beat each other learn from each other.”

Angad Bisht is interested in fighting Jacky Gahlot in a rematch. If not, he has named  Nikhil Bhatt and Pradeep Hooda who he had won against in Super Fight League as opponents he would like to fight next. The MMA India Show wishes Angad Bisht all the best for his future fights and we hope to seem him fighting soon.

EXCLUSIVE: Zeba Bano Shares Her ONE Championship Debut Experience; Preparation For Next Fight