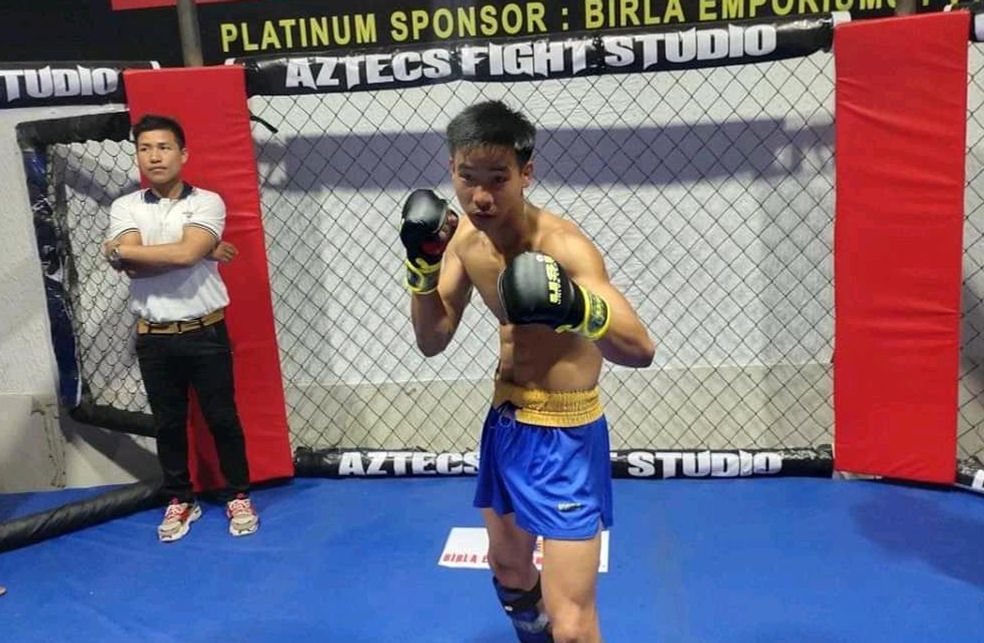 Our Friday Fighter this week is the 22-year old Thoisana Singh who hails from Thoubal village in Manipur and has a professional record of 1-0. He competes in the flyweight category. Prior to turning professional, he had two amateur bouts and he won both of them.

Thoisana is an extremely experienced Martial Artist, having competed in different forms of Combat Sports. He had competed at an extremely high level in Karate, Kickboxing, and Wushu.

Thoisana Singh got started in the Martial Arts in 2011 in Kickboxing and in the same year secured a silver medal in the Nationals, and in 2013-14,  performed well and was able to secure a gold medal. In Karate, he secured a silver medal in 2012 nationals, and in the same year was selected for an international championship and secured a Gold medal. The international event took place in Chennai, Tamil Nadu.

In Wushu, Thoisana secured a Silver medal in 2015 Nationals, and in 2017 secured a Gold medal in the Khelo India tournament which took place in Andhra Pradesh.

“In other forms of Martial Arts, there are certain restrictions. Like in Boxing, you can only use your fists or in Wrestling, you can only grapple. But in MMA there are no restrictions and we can mix it up. I can kick, punch, grapple, and do whatever I want inside the cage and I like it. So for me, the transition went smoothly.” he told us in one of his interview with us

Thoisana Singh has competed thrice inside the cage, but as a professional, has one-fight  in Chainaba season 2. Prior to that he competed twice as an amateur and won both my fights.

Thoisana Singh fell in love with MMA after seeing Roshan Mainam who hails from the same village as Roshan. The way Roshan carried himself at the national and international stage inspired Thoisana as well. 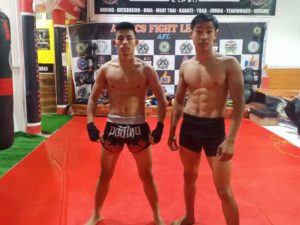 Apart from MMA, Thoisana works at the farm for 7 to 8 hours every day to earn his living. Thoisana wants to take his career ahead step by step and wants to compete at the top level as far as MMA is concerned that is ONE Championship or maybe even UFC. However, first he would like to take part in Matrix Fight Night or a bigger promotion in India.

“With that being said, in the next five years, I would like to see myself compete in UFC or ONE Championship. I believe that is my ceiling as far as MMA is concerned and my time will definitely come. However, it’s very important to have a proper coach and a training facility to reach the level I aspire to.” he quoted

With his hard work and talent, we are sure he will make a mark in future in MMA and make us proud. The MMA India Show wishes Thoisana all the best for his future endeavours.

Previous articleUFC releases James Vick after losing four-fights in a row
Next articleUFC News: Junior Dos Santos vs. Ciryl Gane in the works according to Dana White