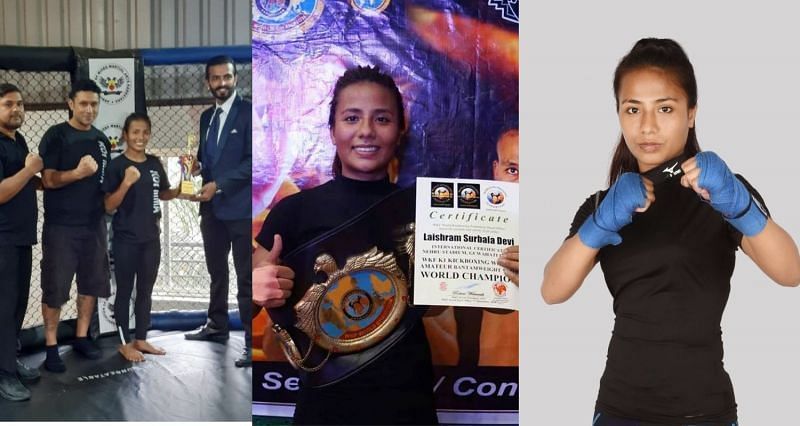 Hailing from Manipur, India, “The Warrior Princess” Surbala Laishram, 21, is a former Kickboxing World Champion. She is training out of KOI Combat Academy under the tutelage of the gym’s founder and head coach Vishal Seigell. 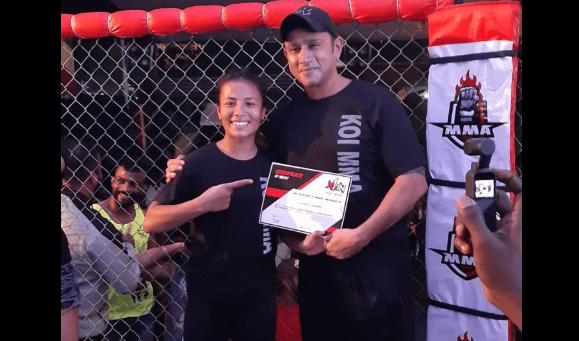 One of the major success stories in Indian MMA is that of the Bengaluru based KOI Combat Academy and its brilliant founder and head coach Mr. Vishal Seigell. From coaching the likes of Kantharaj Agasa and Roshan Mainam Luwang to selflessly starting a training program in which he provides accommodation, food and everything else from his own pocket for talented young MMA fighters who cannot afford it, Seigell has been an inspiration.Surbala is still a new name in the sport and with an amateur record of 5-2 has a long and bright future ahead. However, even in her young career, she has already faced and conquered a lot of adversity such as a career-threatening injury.

We had a chance to chat with her in a previous interview.“My background is in Taekwondo. In 2010 I did Taekwondo training with Coach Saikhom Jacky Chan for 3 months and then took a gap for 4 years because my parents wanted me to concentrate on studies. In 2014 I restarted martial arts with WAKO Kickboxing under Coach Umakanta Sarungbam of kickboxing association of Manipur (KAM). He motivated and supported me a lot. I competed in multiple state-level Kickboxing Championship and I was an 11time national gold medalist in Kickboxing and I competed four times in International Championship I won one bronze medal, 2 gold medals and won World K-1 Title Belt in strawweight division in 2018 in Kickboxing in four different international competitions.” 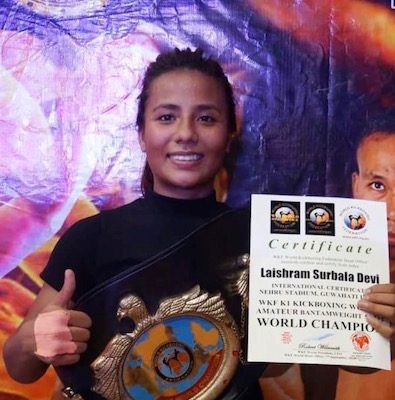 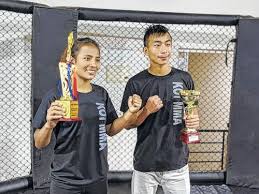 We wish Surbala Laishram all the best for her future endeavours