From idol to rival: Hlongwa to fulfill dream of fighting Smith at BRAVE CF 31 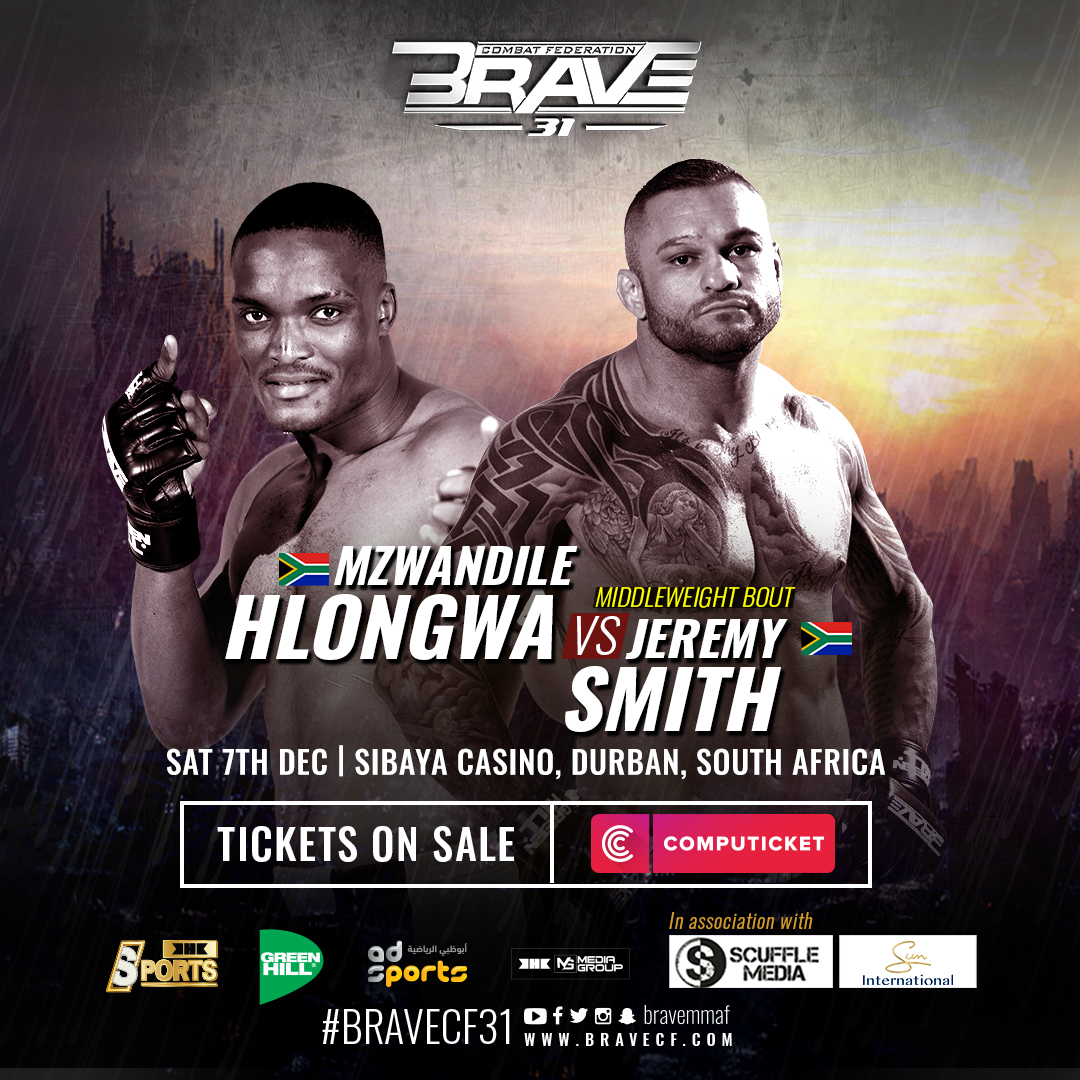 Mzwandile Hlongwa was coming up the ranks as an amateur in South Africa when Jeremy “Pitbull” Smith was collecting KO’s in the regional and international scene. While “Snakebone” saw his countryman as an idol, the desire of one day being at the same level as Smith never faded. On December 7th, at BRAVE CF 31, in Durban, Hlongwa will fulfill a lifelong dream and face his idol in a feature Middleweight bout.
Through his social media pages, Mzwandile has expressed his delight at the opportunity of facing a “legend” of South-African mixed martial arts, and revealed he would send good luck messages to Smith before his bouts.

“He’s a legend, a former champion, ranked once at number 13, a dangerous fighter. I was always supporting him, sent him messages when he was going to fight, and watching him while I was an amateur. But on December 7th, 2019, I’m not going to a party, I’m going in there to take over, and going to fight him as if I’ll never fight again”, said “Snakebone”, who promised to destroy “Pitbull”, once his idol, now his rival.
“It’s my time now. I’m going to destroy him. No one will be allowed to stop me. If he’s tough, I’m going rough!”, promised Mzwandile.
BRAVE CF 31 takes place at the Sibaya Casino, in Durban, South Africa, and is set to be headlined by the first-ever world MMA title bout in the continent as Chad Hanekom and Daniel Gaucho face off for the inaugural BRAVE CF Middleweight world title.