From street fights to the spotlight: the story of Brave 23’s Amir Albazi 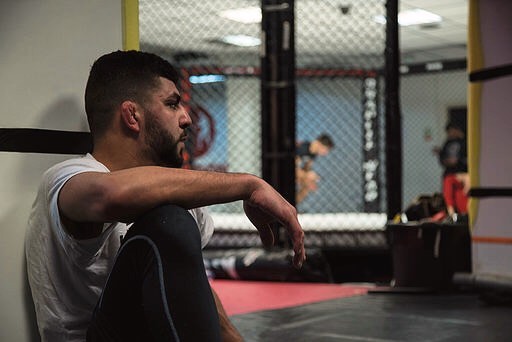 Flyweight contender Amir Albazi, 25, will take on American star Jose “Shorty” Torres at Brave 23: Pride and Honor, on April 19th, in what is certainly the biggest bout of his young career. However, “The Prince” has had a lot more fights than his perfect MMA record of 11 wins and no losses show, especially outside the cage.
Born in Iraq, Albazi was forced to flee the country during the war, in search of a better life. He and his family spent two years in different places until they settled in Sweden, a radical change from the life he left behind.
Unable to speak the language, and shocked with the cultural differences, Amir lashed out. He is the first one to admit that the move made him become more rebellious. That meant getting into street fights whenever he could. However, that all changed when he crossed paths with MMA, the sport that would change his life.
“After we moved to Sweden, it was hard. Not being able to speak the language and being the new kid in a new country got me in a lot of street fights. Violence was my only answer at the time. I grew up as an immigrant kid in Stockholm. My parents didn’t have it great economically, so I had to learn how to take care of myself (…) I found out about MMA and turned something negative into something positive”, says Albazi. 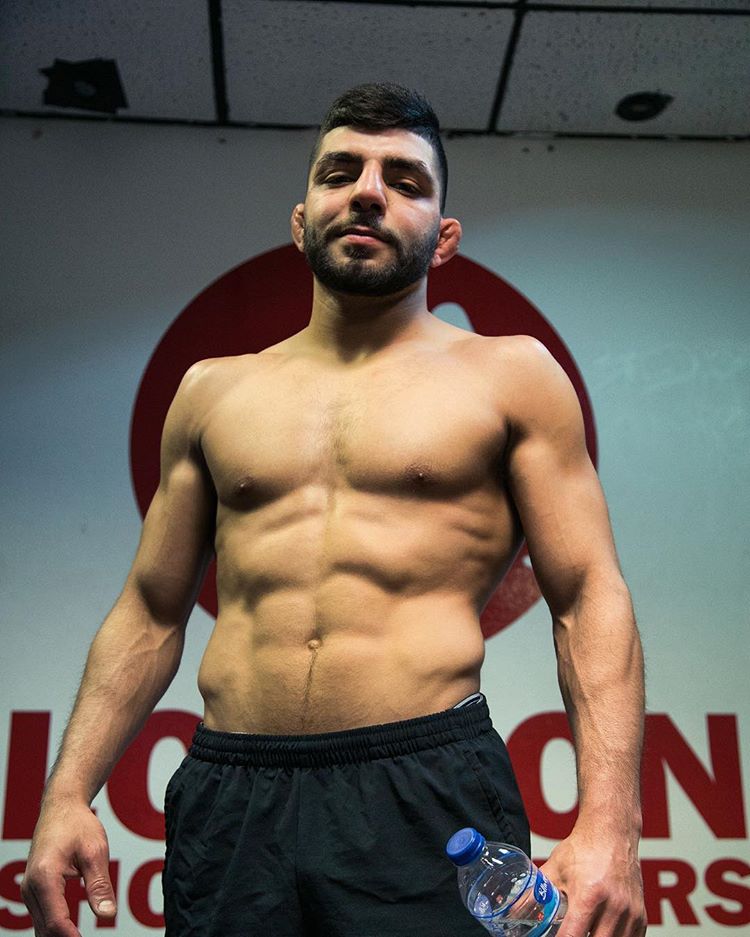 As a lover of soccer, Amir used to practice and play a lot, but when MMA came into his life, it took over everything.
“I remember that it was a different feeling than I had by playing soccer. I could control everything myself, instead of relying on others”.
It is with that passion that Amir started taking jiu-jitsu lessons, and soon spanned out to other sports. In order to keep progressing as a mixed martial artist, Albazi ended up at the famous London Shootfighters, in England, where he currently trains.
On his way to the only truly global promotion, Amir amassed a perfect professional record fighting for other big promotions, but mainly in Europe. As he takes the next step in his career, “The Prince” is excited to showcase his skills in front of the entire world on his Brave Combat Federation debut.
“My previous promotion didn’t have a Flyweight championship in the works, and I know Brave is investing in the division. I’m excited to fight for Brave and I think the fans are going to love my style of fighting. The bigger the stage, the better I perform so I’m really excited about this”.
He takes on the biggest name he has ever fought in Jose Torres. However, Amir isn’t worried about what his opponent will bring to the cage and is ready to have a “no mercy” policy against the whole Brave Flyweight division, which includes other big names such as 10-time jiu-jitsu world champion Bruno Malfacine, striking sensation Marcel Adur, and sambo world champion Velimurad Alkhasov.
“(Torres) is a good opponent to test me, but I have belief in my own skillset and I don’t see the fight going the distance. He might be getting all the attention now, but everyone will soon see who “The Prince” is. We have a very tough division at Flyweight, full of talented fighters but I’m coming for all of them. No mercy”, guarantees Albazi.

Previous articleWatch: Dustin Poirier reveals what Max Holloway asked him in the locker room after their first fight
Next articleKhalil Rountree explains why he moved to Thailand after brutal loss to Johnny Walker