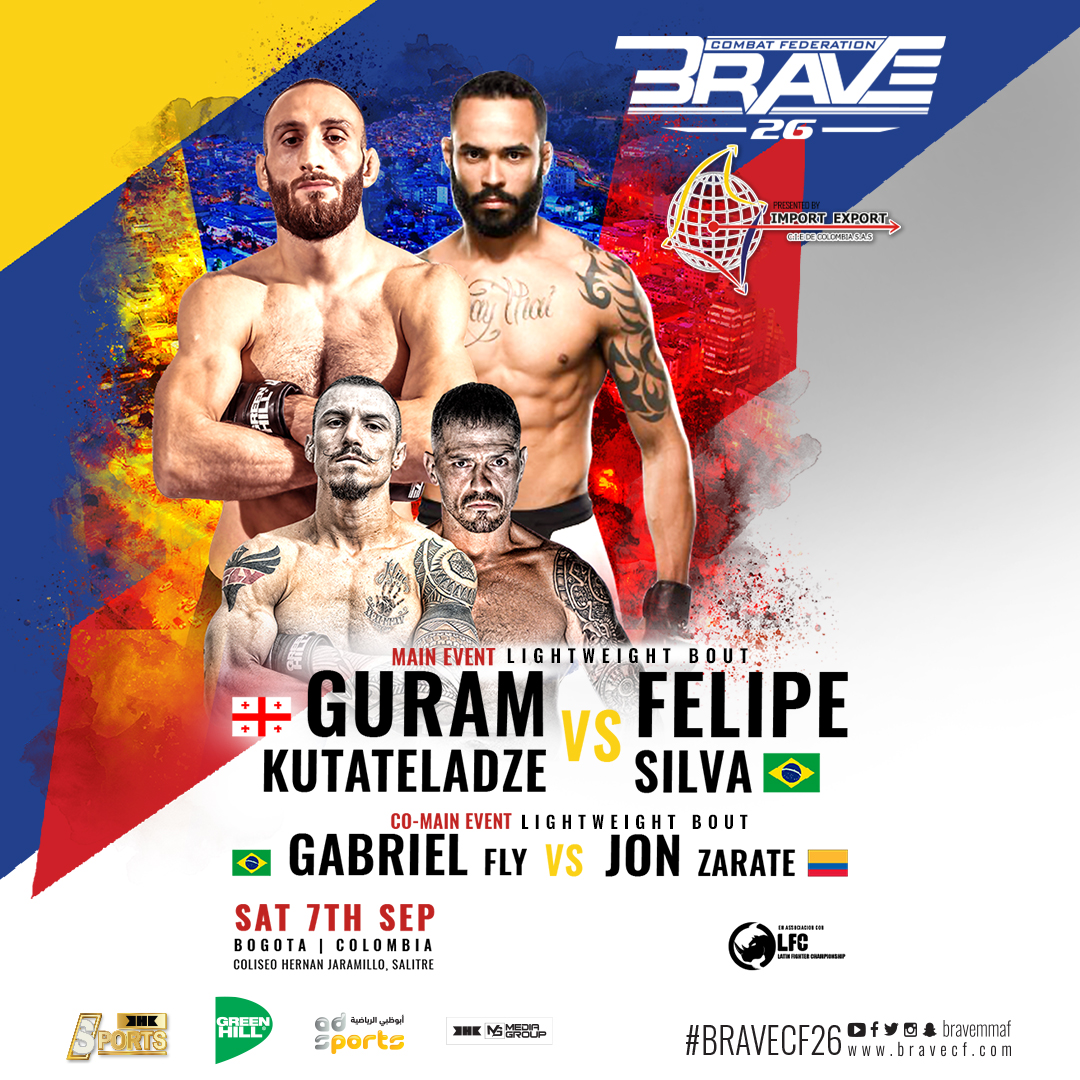 BRAVE Combat Federation, the fastest-growing mixed martial arts promotion in the world, will land in Bogota, Colombia, with an amazing fight card, featuring some of the globe’s top fighters, while also giving an international platform for the local athletes to rise up to the occasion.
BRAVE 26 takes place at the Coliseo Hernan Jaramillo, Sautre, on September 7th, and marks a collaboration between BRAVE CF and LFC (Latin Fighter Championship). The main event is a Lightweight bout between top Brazilian striker Felipe Silva and rising star Guram Kutateladze, of Georgia. In the co-main event, Colombian bad boy Jon Zarate meets submission specialist Gabriel “Fly”.
The fight card continues with the much-anticipated debut of Ilia Topuria, who’s one of the world’s top prospects at Bantamweight and Featherweight. He will face off against Colombia’s own Luis Gomez at Featherweight. To round off the main card, judo South-American champion and Brazilian star Luana Pinheiro returns against Venezuela’s Yasmeli Araque

Previous articleLuan “Miau” warns “Predator” ahead of BRAVE 25: ‘I will smash your head’
Next articleHow a family tragedy shaped and changed Matheus Nicolau’s life