Matrix Fight Night will stage its fight night card in Dubai for the second consecutive event. The last fight card took place in December 2020 at the Palazzo Versace Hotel in Dubai.

The fight card will feature Manipur’s Jojo Rajkumari, who will be making her promotional debut against veteran female fighter Puja Tomar.

Puja Tomar is coming off of a TKO loss to former ONE Championship’s Muay Thai champion Stamp Fairtex. 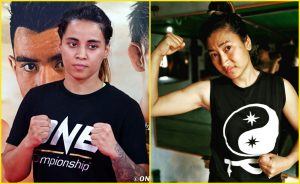 The entire fight card is being headlined by a welterweight fight between Assam’s Bhabajeet Choudhury and ‘Delhi Don’ Jason Solomon.

Bhabajeet Choudhury’s last fight took place at Brave CF 30 event back in 2019. In that fight, he lost via submission to Martin Hudon. Prior to that, he was on a two-fight winning streak having defeated the likes of Suraj Bahadur and Naveen Joon in SFL back in 2018. 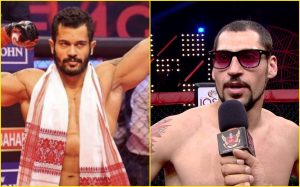 On the other hand, Jason Solomon is coming off of a triangle choke submission win over Ravindra Balhara at Matrix Fight Night 5. Prior to that, he was on a two-fight losing streak having lost to Pawan Maan Singh at MFN 4 and to Srikant Sekhar via kimura at MFN 2.

In the co-main event, Jacky Gahlot will be taking on Sanjeet Budhwar. Gahlot is coming off of a decision win over Angad Bisht at MFN 3 back in 2019. Sanjeet Budhwar is currently riding on a two-fight winning streak. He defeated Chaitanya Gavali at MFN 5 event last year via TKO in round 1. Prior to that, he defeated Shyam Anand via TKO in round 1 at Matrix Fight Night 4.

Also present on the undercard is a rematch fight between Dhruv Chaudhary and Sumeet Khade. They previously fought at Matrix Fight Night 3 last year and in that fight, Chaudhary defeated Khade via unanimous decision.

Sumeet Khade is currently riding on a two-fight winning streak having defeated the likes of Angad Bisht at MFN 5 and Pawan Goyat at Matrix Fight Night 4. Dhruv Chaudhary hasn’t fought since his win over Sumeet back in 2019.