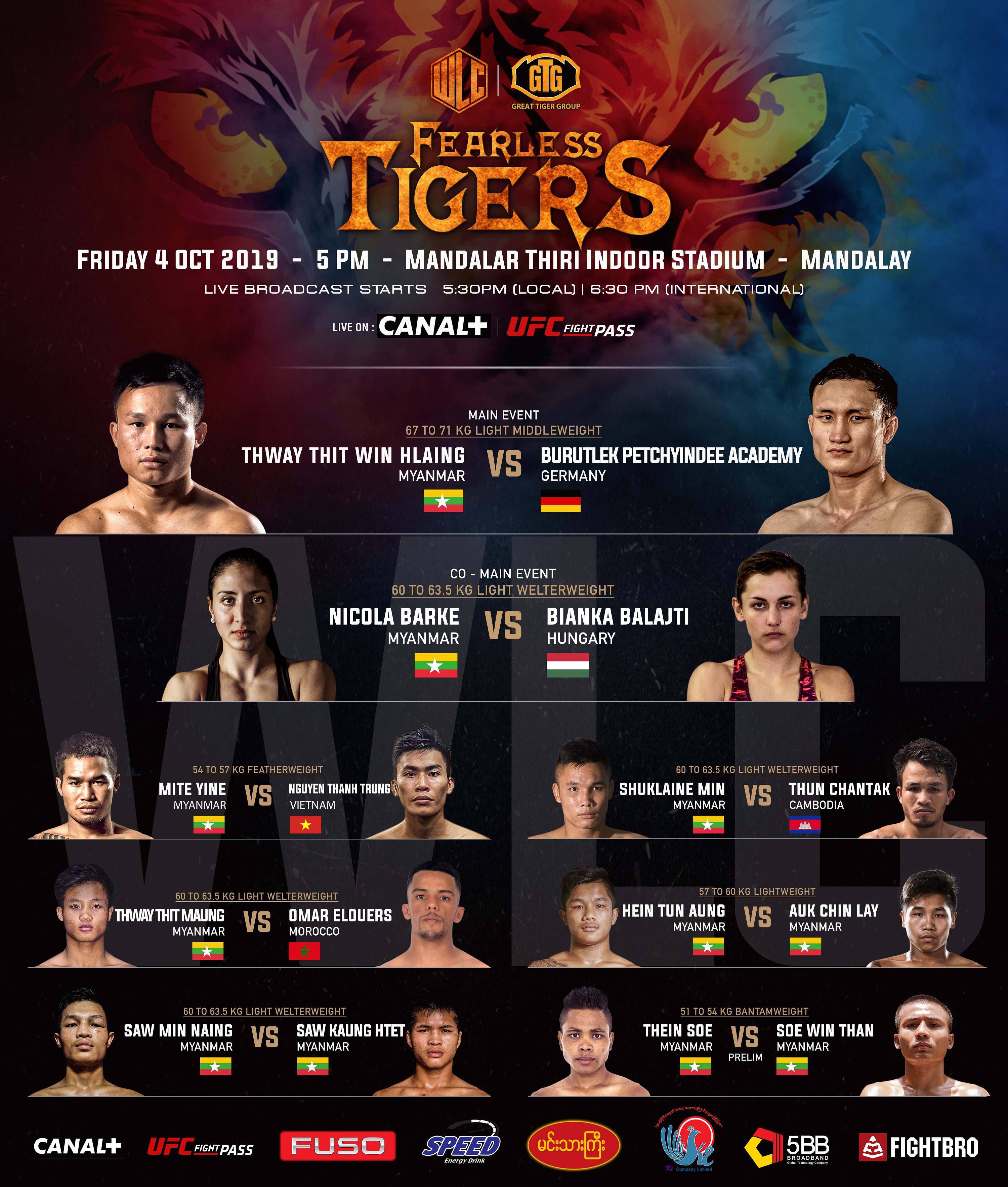 In the co-main event, Nicola Barke will face off against Bianka Balajti in a Women’s Light Welterweight clash. Both are highly touted and will be making their lethwei debuts.