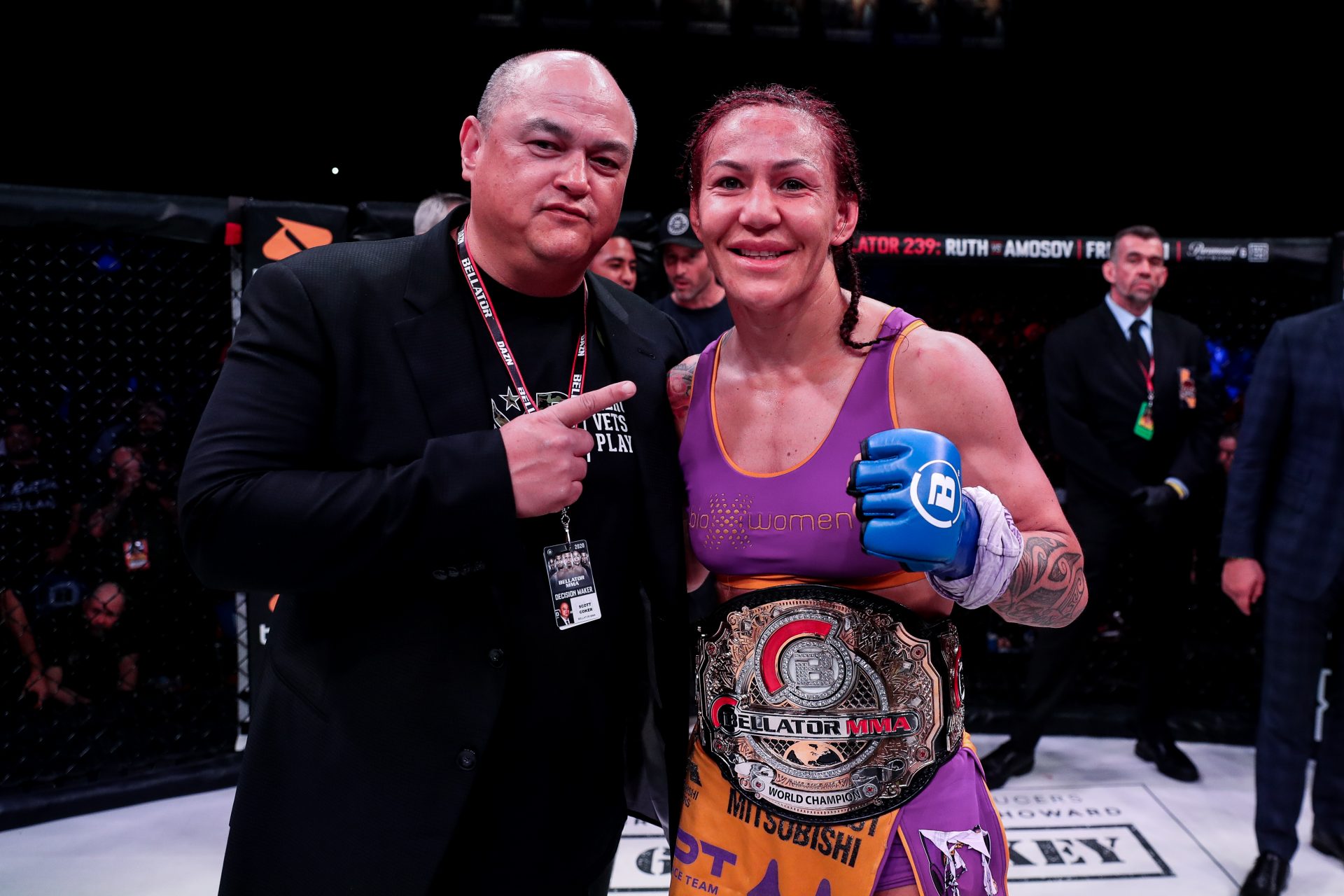 Throughout a legendary career spanning 15 years as a women’s MMA pioneer, Cris Cyborg had yet to record a submission victory as a professional entering Thursday’s Bellator 249 card. It took less than two rounds for that factoid to need updating as Cyborg continued to evolve her game deep into her career. 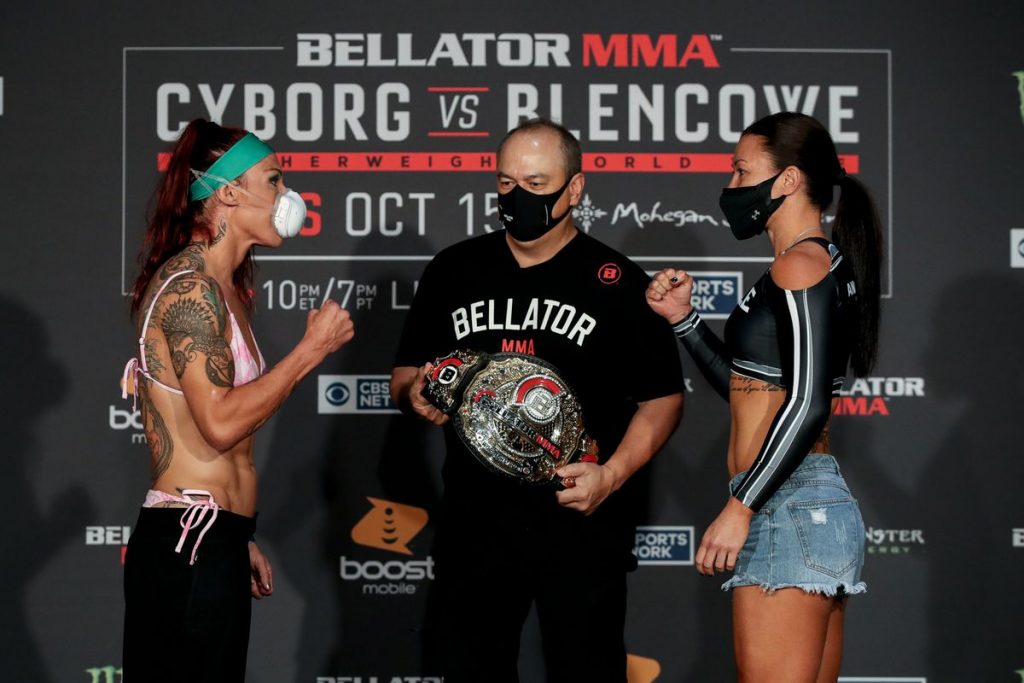 Cyborg (23-2, 1 NC) made the first defense of her Bellator MMA women’s featherweight title with a dominant second-round submission win over top contender Arlene Blencowe (13-8) inside the Mohegan Sun Arena in Uncasville, Connecticut.

A former Strikeforce and UFC champion, the 35-year-old Cyborg showcased not just an increasingly patient striking attack but an ever-growing ground game that included two takedowns and a submission finish via rear-naked choke.

The featherweight title has been defended and @criscyborg gets her first win by submission. pic.twitter.com/qaA6PsJEe2

“I was really working hard because I wanted my first submission in MMA. I never did that before,” Cyborg said. “This is a dream come true. I’m very happy and excited for the next one.”

Blencowe, a 37-year-old native of Australia, had only lost in the previous five years under the Bellator banner to the same fighter twice by close decision in former champion Julia Budd. But that’s the same fighter Cyborg demolished in January to capture her 145-pound crown and she made even quicker work of Blencowe by using inside leg kicks and pressure to force her back to the cage at will.

In another turn of events, Leandro Higo was bumped up to the co-feature bout Thursday night on CBS Sports Network when Patricky Freire vs. Jaleel Willis was canceled, and he made the most of his turn in the spotlight.

The Brazilian competitor served notice to the bantamweight division that he’s a force to be reckoned with, as he scored a one-sided victory over Ricky Bandejas. A rear-naked choke got the tapout at Mohegan Sun Arena in Uncasville, Conn. at the 2:32 mark of the second round.