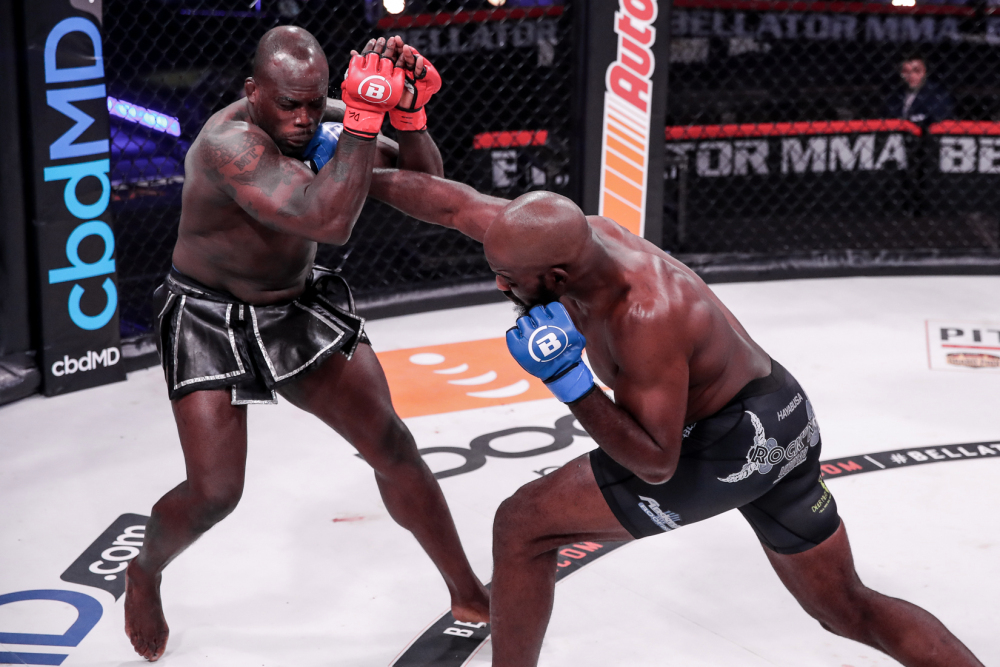 Anderson (14-5) made easy work of hard-hitting combat legend Melvin Manhoef in the main event of Bellator 251 with clean takedowns and some dominant ground-and-pound en route to a second-round TKO inside the Mohegan Sun Arena in Uncasville, Connecticut.

Not only was this the 31-year-old Anderson’s first appearance since snapping a four-fight win streak in February when he was knocked out by current UFC champion Jan Blachowicz, but the victory also marked a successful return from a subsequent health scare in the aftermath, which included a concussion caused by a fall and a heart condition that put the future of his career in question. 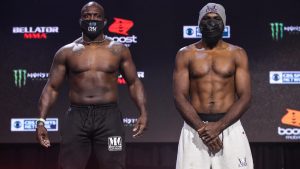 Anderson looked like nothing but a bonafide title contender in his debut appearance under the Bellator MMA banner. More importantly for Anderson, he was happy to eschew both the uncharacteristic trash-talking and reliance upon his standup game that helped make the end of his UFC run make him feel like anything but himself.
The 44-year-old Manhoef was so overwhelmed by the mauling pressure that he was out-struck 38-1 in the opening frame.

A little controversy at Bellator 251

It wouldn’t be a Bellator event if there wasn’t a crazy sequence due to an apparent illegal blow, would it?

But at Bellator 251, there was a twist on the usual routine. In the main-card opener between Derek Anderson and Killys Mota on Thursday night at Mohegan Sun Arena in Uncasville, Conn., Anderson (17-3 MMA, 8-3 BMMA) hit Mota (12-2 MMA, 1-1 BMMA) with what at first appeared to be an illegal kick to a downed Mota. 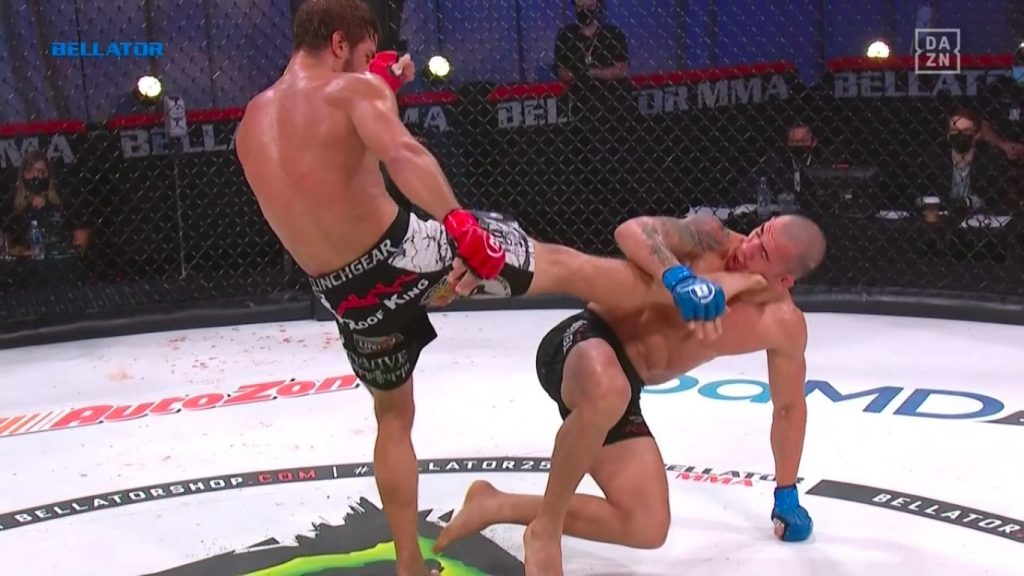 And when Mota was unable to respond after the kick, which landed flush on the jaw, that made it appear the fight would be yet another in a preponderance of no contests due to illegal strikes during recent Bellator cards.

But the Mogehan Tribal Commission allows for the usage of instant replay in such situation. Upon viewing the replay, referee Mike Beltran ruled the strike legal.