Gabriel “Fly”‘ looks forward to Brave debut: ‘I’m here to be a champion’ 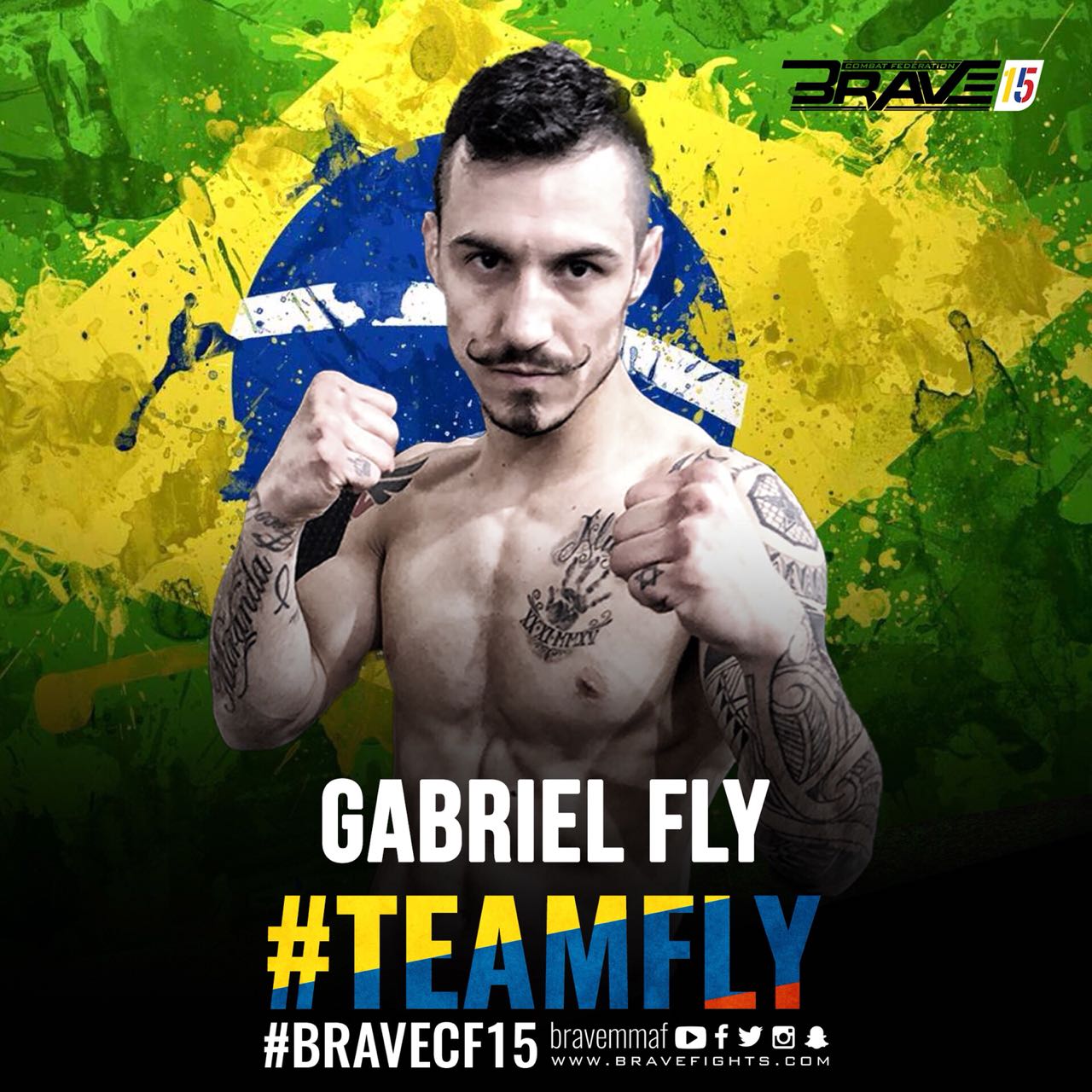 Featherweight Gabriel “Fly” Miranda had to wait a few weeks between signing for Brave and getting called to finally make his promotional debut. Now set to face Fernando Noriega at Brave 15, in Bucaramanga, Colombia, on September 7th, the submission specialist wants to enjoy the occasion.
Gabriel admits signing with a top promotion has been a long time coming, but the 12-4 fighter, who’s coming off three straight victories, vows to dominate the competition.
“I’m very happy that everything worked out and I’ve got a fight to look forward to. I’ve been waiting very long for this moment. This is my time and I’m going to take advantage of it. I’ve said it before, I’m here to dominate, to be a champion and to represent Brave very well”, said the CM System product, who’s also excited with his co-main event slot in his debut.
“It’s very cool to be a co-main event in a country like Colombia. I’m going to give it my all and I promise a tremendous show for the colombian fans”.
The brazilian has fought away from his home country before but will take on a different challenge in Noriega, who hails from Peru, and is seen as one of the biggest prospects in the local scene there.
“I know he’s a very good athlete and people in Peru talk highly of him. But we’ve already mapped out his game and the strategy has been formed. I’m sure it will be one of the best fights of the night. We are two great athletes and for those watching, don’t blink!”, guarantees “Fly”.
Brave 15 marks the first time the biggest MMA promotion in the Middle East will land in Colombia. The main event will feature a lightweight bout between former UFC fighters Godofredo “Pepey” Castro and Alex “Rolo” Torres.
Brave Combat Federation will visit another six countries until the end of the year, with shows announced in the United Arab Emirates, Pakistan, Bahrain, South Africa, Saudi Arabia, and India.