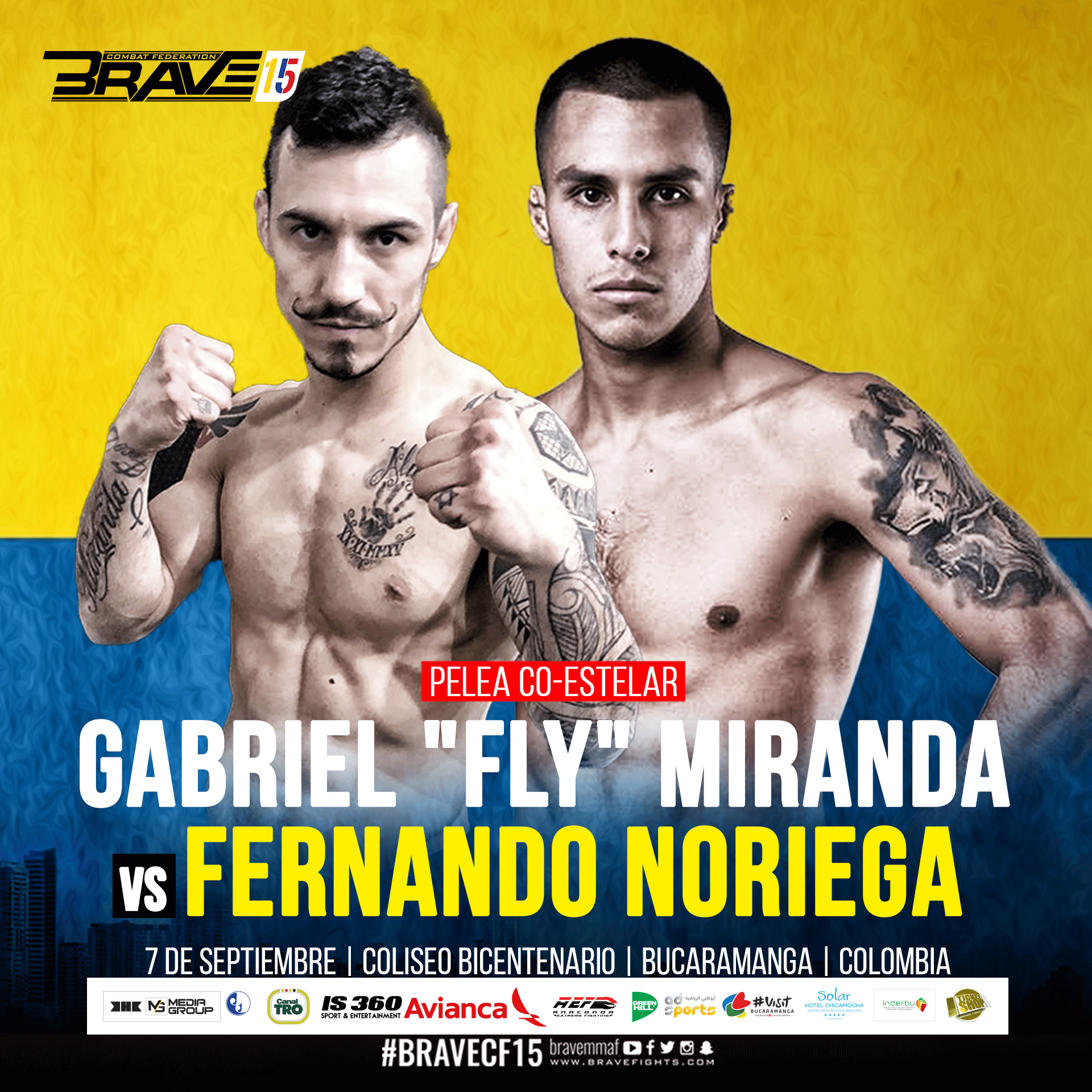 Featherweight Gabriel “Fly” Miranda is set for his Brave Combat Federation. The Brazilian prospect will take on Fernando Noriega at Brave 15’s co-main event. The event will mark the first time Brave CF lands in Colombia, and fight night is scheduled for September 7th at the Coliseo Bicentenario in Bucaramanga.
Miranda is a newly-signed prospect for Brave and follows in the steps of teammate Luan “Miau” Santiago, a former title challenger at Lightweight, and his master and MMA legend Cristiano Marcello, who recently came out of retirement to join the ranks at Brave. The trio trains out of Curitiba, in Southern Brazil, at the famed CM System academy. “Fly” is an especialist in jiu-jitsu, finishing 11 out of his 12 career wins by way of submission.
Noriega, meanwhile, is less experienced than his future foe but boasts an impressive record nonetheless. Fighting out of the Black Dragons academy in Lima, Peru, “Nando” is 5-1-0, 1 NC as a professional and is making his Brave Combat Federation debut in Bucaramanga as well. The Peruvian is also a submission specialist, finishing three of his five wins by sub.
Brave 15 will serve as the debut of former TUF Brazil finalist Godofredo Pepey, who will take on Alex “Rolo” Torres in the main event. Other bouts for the September 7th will be announced in the coming days. The promotion also has events set in other six countries: United Arab Emirates, Pakistan, Bahrain, South Africa, Saudi Arabia and India.